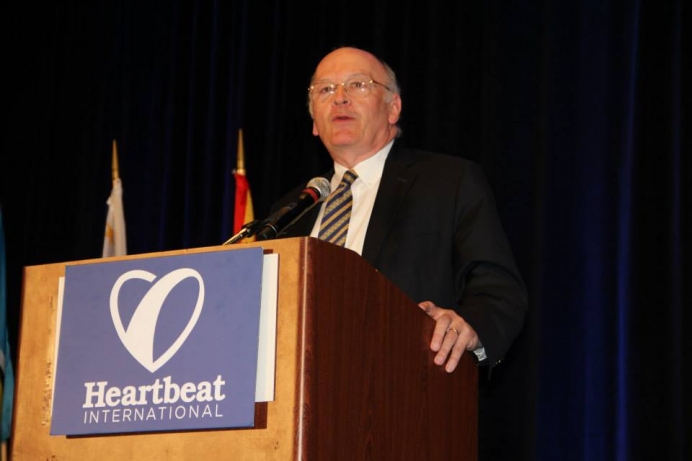 In its battle to force pro-life pregnancy centers to violate conscience or face debilitating fines, California’s state government is showing not only its bias toward the abortion industry, but its contempt for the U.S. Constitution, Charlotte Lozier Institute President Chuck Donovan argued in an op-ed published Thursday night.

The article ran in The Daily Signal, an online news source powered by The Heritage Foundation.

Donovan—a former speechwriter for President Ronald Regan and a current board member of Heartbeat International—lambasted the Reproductive FACT Act as deeply out of step with the Founding Fathers’ priority of free speech and free exercise of religion.

Signed into law Oct. 9 by Gov. Jerry Brown, the so-called Reproductive FACT Act mandates that only pro-life pregnancy help centers—all of which are supported by local communities—post conspicuous signage telling women where and how they can obtain an abortion on the taxpayer’s dime via Medi-Cal.

A similar effort stalled in the Illinois House of Representatives in the summer of 2015, but could come back into play.

As Donovan points out in his op-ed, the California law is being challenged by a lawsuit from Alliance Defending Freedom (ADF) and National Institutes for Family and Life Advocates (NIFLA).

Closing out the article, Donovan indicates the vast chasm between the views of Gov. Brown and that of Thomas Jefferson on the role of the government and the Constitution’s priority to protect free speech and the free exercise of religion:

Brown… is just fine with violating pro-lifers’ religious freedom. As he infamously told the recent Paris climate conference, “never underestimate the coercive power of the central state in the service of good.” Or what it mistakes for the good.

The brainchild of NARAL Pro-Choice California following—ironically—a purportedly undercover investigation, the Reproductive FACT Act has previously been challenged publically by Heartbeat International’s then-President and now Chairman of the Board Peggy Hartshorn, Ph.D., in an op-ed printed by the San Jose Mercury News.

Records obtained by Heartbeat International in June revealed that California's Reproductive FACT Act, was partially based upon a State Assembly-commissioned report from UC Hastings College of Law that strategizes how lawmakers could crack down on community-based non-profit pregnancy help organizations.