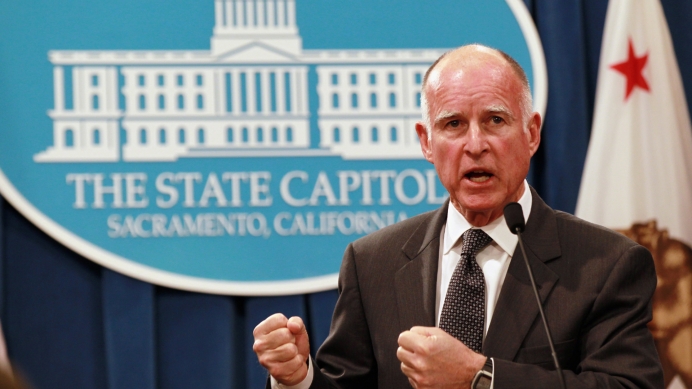 A law forcing life-affirming pregnancy centers and state-licensed medical clinics to distribute information on where and how to obtain a state-funded abortion was signed Friday by California Governor Jerry Brown, according to a report from the Washington Times.

Gov. Brown's signature comes just a day after the influential San Jose Mercury News ran an op-ed from NARAL Pro-Choice America, a major backer of the bill that pro-life opponents say infringes upon the freedom of speech guaranteed by the First Amendment by forcing pro-life pregnancy help organizations to disseminate a state-sponsored message effectively referring for abortions.

Named "The Reproductive FACT Act" by its authors and passed through both houses of the State Legislature on a party-line vote, the bill is expected to be challenged in court by National Institute of Family and Life Advocates (NIFLA). Alliance Defending Freedom and Pacific Justice Institute have also been involved in opposition to the bill since its introduction in late April.

"This bill is nothing short of a state-sponsored attack on women by the highly profitable abortion industry," Peggy Hartshorn, Ph.D., president of Heartbeat International, which has 45 of its nearly 2,000 affiliates in California, said. "Women desperately need emotional support and practical resources during an unexpected pregnancy. Gov. Brown has made it more difficult for women to find the help they need to make the healthiest decision for everyone involved in an unexpected pregnancy."

The bill had sat on Gov. Brown's desk since passing a party-line vote in the Democrat-controlled State Senate Sept. 4. An effective date for the law has not been announced, but such a date would only come after a court battle that is likely to follow. Similar government-sponsored speech for pregnancy centers has been struck down as unconstitutional in Austin (TX), Baltimore and Montgomery County (MD) and New York City.

"We must really be hurting the abortion business if they have to come after us and have us advertise for them," Marie Leatherby, Director of Sacramento Life Center, a state-licensed medical facility, said. "For 44 years, we have offered compassionate care to thousands of women with unplanned or unsupported pregnancies. Our patients and our community love us, and we keep our doors open because they believe in us and our mission.

"Now we are forced to fight this in the courts, as it goes against our first Amendment Right to freedom of speech and to live according to our conscience."

Robin Strom, who has served for 25 years as Executive Director for Marin Pregnancy Clinic--a state-licensed medical clinic offering free prenatal care and Pap smears among its suite of services--said the opposition and prejudice behind the bill was striking.

"AB 775 has shown more animosity toward clinics and centers in California than we have ever seen before," Strom said. "By providing free excellent prenatal care, we are offering women another way out while facing an unexpected pregnancy instead of abortion. California's pro-life clinics and centers are cutting into the abortion industry's profits. Abortion providers aren't happy with us and clearly want to stop us."