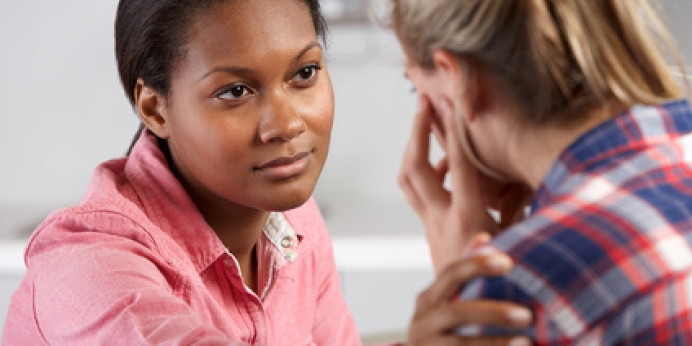 The ink was still drying from California Gov. Jerry Brown's pen after he signed AB 775 into law last Friday by the time Kevin Snider, lead counsel for the Pacific Justice Institute, filed a lawsuit to begin the process of striking down what pro-life opponents had called the "Bully Bill" during its path through the California legislature this summer.

Citing what its president, Brad Dacus, called the new law's "egregious violation of both the free speech and free exercise clauses of the First Amendment to the Constitution," Pacific Justice Institute filed federal lawsuits in northern and southern California on behalf of many of the state's 150-plus pregnancy help organizations over the weekend.

As both organizations had indicated in the lead-up to the bill's approval, National Institute of Family and Life Advocates (NIFLA) and Alliance Defending Freedom (ADF) filed a similar complaint Tuesday.

“A government that tells you what you can’t say is dangerous, but a government that tells you what you must say – under threat of severe punishment – is terrifying,” ADF Legal Counsel Matt Bowman said in a press release. “Pregnancy centers, which offer real help and hope to women, shouldn’t be punished by political allies of the abortion industry. Forcing pro-life centers to promote abortion and recite the government’s messages is a clear violation of their constitutionally protected First Amendment freedoms. Courts around the country have already rightly struck down these types of laws.”

Like its predecessors in Austin (TX), Baltimore and Montgomery County (MD), and New York City, the so-called Reproductive FACT Act would compel life-affirming pregnancy help organizations to publicize a state-sponsored message. Each of the aforementioned cases were thrown out in court cases that declared the government-sponsored disclaimers unconstitutional.

This January, a Freedom of Information Act (FOIA) request from LifeSiteNews.com revealed the collusion between Montgomery County elected officials and staffers at pro-abortion NARAL Pro-Choice Maryland that eventually cost county taxpayers over $300,000 by the time the municipality stopped its battle to preserve an unconstitutional requirement on pregnancy centers.

Similarly, records obtained by Heartbeat International in June revealed that California's Reproductive FACT Act, also sponsored by NARAL's state chapter, was partially based upon a State Assembly-commissioned report from UC Hastings College of Law that strategizes how lawmakers could crack down on community-based non-profit pregnancy help organizations.

"AB775 is an outrageous and unconstitutional violation of both the right of free speech and the right of freedom of religion for our members in California," Thomas Glessner, J.D., president of NIFLA, said in an email Tuesday. "The Act unconstitutionally forces prolife pregnancy centers, on pain of government penalty, to engage in government disclaimers that they would not otherwise provide."

Carol Dodds, executive director at A Woman's Friend Pregnancy Resource Clinic—a state-licensed medical clinic in Marysville—was among the first to file suit in the wake of Gov. Brown's approval. Joining Crisis Pregnancy Center of Northern California in Redding, A Woman's Friend was represented by Pacific Justice Institute's initial complaint over the weekend.

"A Woman's Friend is a faith-based organization, incorporated for the purpose of providing alternatives to abortion," Dodds said. "By requiring us to provide our clients with a phone number for a government agency that will connect our clients to an abortion clinic, the Reproductive FACT Act, at a minimum, compels us to speak a message we have not chosen, with which we do not agree, that distracts and detracts from the message we have chosen to speak. That mandated state message is inconsistent with our religious convictions."

Tweet This: #AB775 is an outrageous violation of free speech. @NIFLA, @AllianceDefends #prolife

Representatives from Heartbeat International, which has 45 of its nearly 2,000 affiliates in the Golden State, have also been vocal in their opposition to the newly signed law, with vice-president Jor-El Godsey calling it a "coordinated attack against grassroots non-profit organizations" and president Peggy Hartshorn, Ph.D., saying it was a "state-sponsored attack on women by the highly profitable abortion industry."