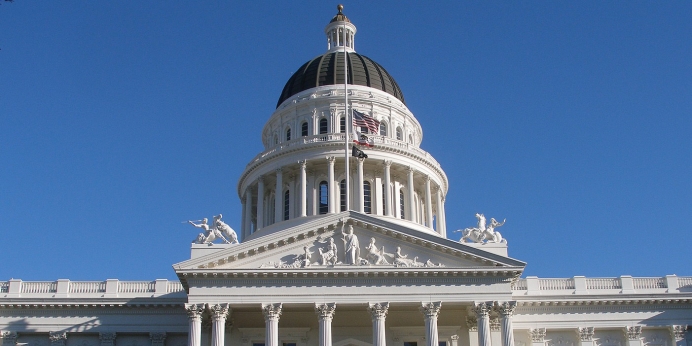 Emphasizing the value and real choice pregnancy help centers and medical clinics offer to women, Heartbeat International President Peggy Hartshorn, Ph.D., told readers that pro-life organizations and citizens in California "should not have to choose between following conscience and the law" in an op-ed published today by the San Jose Mercury News.

Published online Thursday and slated for Friday's print edition, Hartshorn's op-ed makes the case that the so-called "Reproductive FACT Act" forces over 150 community-based pro-life nonprofits in the state to either comply with a law that forces them to promote and advertise for state-covered abortions or face steep financial penalties.

That choice, Hartshorn argues, is one pregnancy centers and medical clinics in the state should not have to make.

The “Reproductive FACT Act” discourages the state’s own communities from helping themselves. Every pregnancy center and medical clinic exists on local dollars. They are there because their communities believe in them. They exist because they bring real value to neighborhoods all around California.

When pregnancy centers “win,” women are empowered, lives are saved and families are formed. This poses no threat to the state or the people of California.

Pregnancy centers and medical clinics are good for California. They should not have to choose between following conscience and the law.

With a daily readership of over 500,000, San Jose Mercury News had previously published an argument in favor of the law from its sponsor, NARAL Pro-Choice America, just a day before California Gov. Jerry Brown signed the legislation Oct. 9. Though it is scheduled to take effect Jan. 1, 2016, the law is being challenged in court by several pro-life legal groups, including Alliance Defending Freedom, National Institute for Family and Life Advocates, Pacific Justice Institute and the American Center for Law and Justice.

Tweet This: When we "win," women are empowered, families formed. #prolife @Heartbeatintl

Hartshorn, who has served as Heartbeat International's president since 1993, has called the bill a "state-sponsored attack on women by the highly profitable abortion industry." Similar government-compelled speech demands on pregnancy help organizations have been struck down by courts in Austin (TX), Baltimore (MD), Montgomery County (MD) and New York City.

In today's op-ed, Hartshorn underscores the violation of free speech and free exercise of religion the new law introduces, but also urges readers to consider the consequences the legislation will have on Californian women experiencing unexpected pregnancies.

The new law, called the “Reproductive FACT Act” is presented as a benign—even benevolent—attempt by state legislators to simply ensure that every woman will have access to unbiased information on all her options in an unexpected pregnancy.

On the ground, however, the newly adopted statute is a dangerous threat to the First Amendment rights of community-supported pregnancy help organizations who exist to provide life-affirming alternatives to abortion.

More urgently, the new law poses a threat to every woman in California who is looking for a safe place to consider all of her options in an environment that does not stand to profit from her choice.