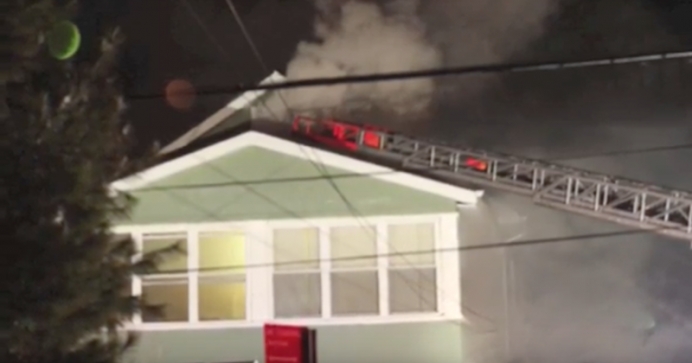 Director of Fire-Damaged Pregnancy Center: “God is in control and our mission hasn’t changed”

Amid the wrecked interior of the pregnancy center where she serves as director, Ginger Delgado personifies the combination of perspective and urgency it takes to run a life-affirming outreach.

Early in the morning Jan. 7, Delgado awoke to the news that there had been a fire at Pregnancy Care Center of New York. While the structure stayed up, thanks to the efforts of over 100 firefighters, the damage was done to nearly everything inside the building: material aid items from diapers and baby clothes to strollers, as well as copy machines and other office supplies were all lost.

What wasn’t lost in the blaze was Delgado’s conviction of God’s calling to reach clients. That, along with her Apple MacBook—which also survived the fire—proved as fireproof as Delgado’s clarity on what matters most.

“For us, it’s just a matter of trusting God and understanding that this didn’t take Him by surprise,” Delgado, who has been involved with the center for six years, said. “God is still God and He’s still in control, and our mission hasn’t changed. Sometimes God wants to do something new in an organization. When stuff like this happens, it almost forces you to reevaluate.”

The fire, which started as a malfunction in the basement boiler, had the potential of bringing about much more serious consequences for an elderly couple who lives one floor above the center.

The husband had gone outside to take the trash out after he came home from a meeting at the church next door—which owns the building—when he smelled the smoke. He was able to wake up his wife in time to get both of them to safety just before the smoke alarm sounded.

Delgado and her board of directors have decided to relocate the center, which has served at various locations in the area since first opening its doors in 1985.

With calls into several potential new locations, Delgado and her team are anxious to get back to serving clients in the New Dorp neighborhood of Staten Island.

“If it were up to us, we would’ve reopened yesterday,” Delgado said. “A lot of the women we minister to don’t have cars, so we have to be easily accessible by train of by bus. We’re trying to be very wise in what our next step will be while we’re knocking on doors and looking for a new place.”

Thanks to strong support from several churches and some opportunities provided by local news coverage of the fire, donations have been coming in to help restock the baby boutique. The church next door, New Dorp Baptist Church, has pitched in to allow the center to store its donations at its building while the search process gets underway.

Tweet This: "If it were up to us, we would've reopened yesterday." #NYC #PregnancyHelp #prolife

One of the donations came from an unexpected place in early February, when a former client reached out to Delgado and gave back the stroller and baby clothes she received from the center just a year ago.

“I almost cried when she said how much help we were to her last year,” Delgado said. “That’s why we really want to get back on our feet as soon as possible. We want to keep doing our part. We understand we can’t save the world, but we can save a person’s world.”

While the fire has taken the center’s material aid services offline for the time being, it’s not the first time Delgado and the organization have faced a challenge that threatened their ability to reach local women with help.

Just two days before the fire, in fact, Delgado was walking through the building, praying and reflecting on how thankful she was to be part of the center’s work.

Walking through the building, which was just two days away from being rendered unusable, she recalled a scripture from Psalm 65:11—“You crown the year with your goodness.”

“I could kind of sense that this was going to be a difficult year, but I still wanted to say, by faith, that I know God is good,” Delgado said. “I know who He is and I know that ultimately, everything comes from His hands. It’s all to form us into the image of Christ and for His glory.

“For God to move soon wouldn’t be too difficult for Him, but He might have other plans.”