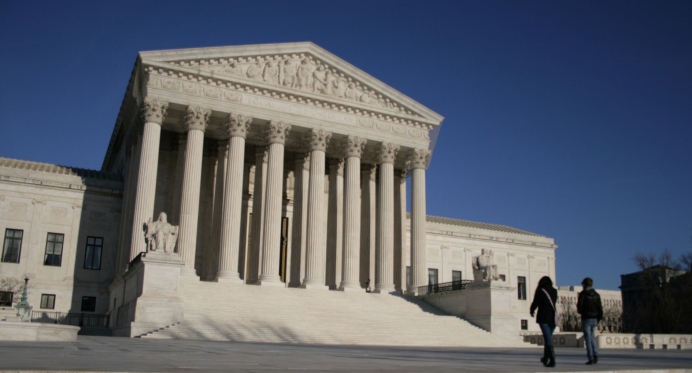 A court decision upholding California’s so-called “Reproductive FACT Act” could be on its way to the U.S. Supreme Court, after Pacific Justice Institute filed a request for the court to review the 2015 state law.

First reported by One News Now, Pacific Justice Institute filed its motion Jan. 5, challenging a ruling from the 9th U.S. Circuit Court of Appeals that kept intact a state law requiring pro-life pregnancy help medical clinics in California to post signage notifying their patients where and how they can receive state taxpayer-funded abortions.

The law would apply to as many as 75 life-affirming pregnancy help medical clinics, and would also force at least another 75 pregnancy centers in the state that do not provide free ultrasound services to post signage declaring they are not medical facilities.

The 9th U.S. Circuit Court of Appeals has a reputation as the most-reversed appellate court by the Supreme Court, and given past cases where similar disclosure laws targeting pregnancy centers have been thrown out—as well as the likely makeup of the Supreme Court in the incoming presidential administration—the “Reproductive FACT Act” looks like to be the 9th Circuit’s next casualty.

Passed on strictly party-line votes in both houses of the California legislature and signed into law by Democratic Gov. Jerry Brown, pro-life opponents to the law argue that it violates deeply held religious convictions and tramples on First Amendment rights of both free exercise of religion and free speech by forcing pro-life pregnancy centers to speak a government message in favor of abortion—and providing a practical means for obtaining an abortion in their own facilities.

"They have a right to free speech but only if they say what the state wants them to say," Pacific Justice Institute’s Brad Dacus pointed out at One News Now.

Heartbeat International board members have argued against the legislation in publications such as the San Jose Mercury News and The Daily Signal, while former President Ronald Reagan’s son, Michael Reagan, along with James Dobson and others have also opposed the legislation as clear attacks on First Amendment freedoms of pregnancy centers.

Tweet This: #California law could be headed to #SCOTUS, after @PacificJustice challenge #prolife

Since the law took effect Jan. 2016, three pregnancy centers have had the law enforced against it—all three of which were under the jurisdiction of Los Angeles City Attorney Mike Feuer, who leveraged an obscure business signage law against the nonprofits to force compliance in May of 2016.

It is expected that all three challenges to the state’s law will be appealed to the Supreme Court over the first several weeks of 2017.

ADF and NIFLA, meanwhile, are also involved in a fight to protect the First Amendment rights of pro-life Illinois medical professionals that include staff and volunteers serving at pregnancy medical clinics.

Illinois gutted its Healthcare Right of Conscience Act in 2016, requiring pro-life medical professionals to refer women for abortions upon request through a legislative effort that took effect Jan. 1, 2017.