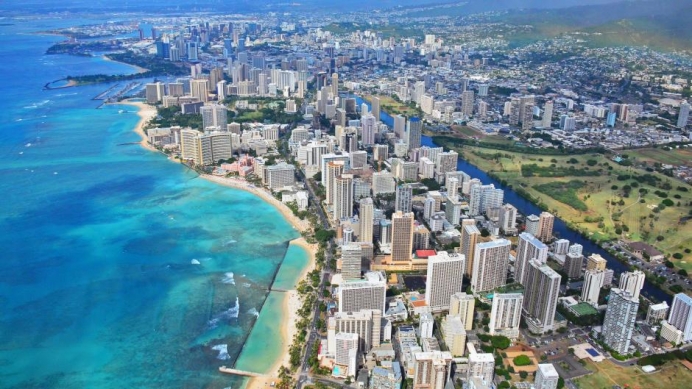 ANOTHER State to Force Pregnancy Centers to Promote Abortions

Add Hawaii to a growing list of U.S. states seeking to force pro-life pregnancy help centers to promote abortion, after twin bills were introduced in the both houses of the legislature last week calling for the organizations to post signage referring clients to state-covered abortions.
Mirroring a 2015 California law that compels pregnancy centers providing free ultrasound to post signage referring their patients to state-funded abortion clinics—a law which is likely on its way to the Supreme Court as early as this spring—Hawaii’s proposed legislation brings the list to four states around the U.S. that are cracking down on pregnancy help centers via mandated signage laws.
Like the law in California, which has only been enforced in the city of Los Angeles as part of an ongoing crusade against alternatives to the abortion industry, the Hawaii bills also hold the threat of a $500 fine for first-time offenses, plus $1,000 per additional infraction.
Echoing the arguments made against California’s law, the so-called “Reproductive FACT Act”, as well as Illinois’ 2016 gutting of its Healthcare Right of Conscience Act, pro-lifers in Hawaii are saying the legislation violates the First Amendment’s guarantees of religious liberty and free speech by forcing them to promote or refer for abortions.
"Women are smart and deserve the opportunity to be informed regarding pregnancy decisions including the choice [to] carry the preborn to term and to parent,” Joy Wright, executive director of Malama Pregnancy Center of Maui, said. "Pregnancy centers do not charge for their services and clearly relay that they do not perform or refer clients for abortions.”
At the center of the law is a mandated disclaimer that pregnancy centers would be required to post at their facilities as well as online, which reads:
"Hawaii has public programs that provide immediate free or low-cost access to comprehensive family planning services including all FDA-approved methods of contraception, prenatal care, and abortion for eligible women.  To determine whether you qualify, contact the appropriate Med-QUEST division eligibility office."
While a hearing on the house bill, HB663, is set to be followed up by a House Health Committee hearing Feb. 7, no date has been set for a senate committee meeting for SB501. One of just six U.S. states with Democratic control of both legislative houses and the governorship, Hawaii becomes the third of those states—along with California and Connecticut—to leverage its pro-abortion agenda against pro-life pregnancy centers.

The 9th Circuit Court of Appeals—the most frequently reversed appeals court in the U.S.—upheld California’s law in October, but a judge in Illinois placed a temporary injunction on that state’s 2016 change to its Healthcare Right of Conscience Act, which would force pro-life medical professionals to refer their patients to local abortion clinics.
Past attempts by local authorities to compel pro-life pregnancy centers to post signage either declaring the services they do not offer or referring patients—even indirectly—to abortion providers have been struck down in New York City, Austin (TX), Baltimore (MD) and Montgomery County (MD), the latter of which cost taxpayers $330,000 in attorneys fees.
“This is another shameless attempt by the well-funded abortion industry to leverage the coercive power of the state on behalf of its own interests,” Jor-El Godsey, president of Heartbeat International, a worldwide network of 2,100 pregnancy help affiliates, said. “It’s clear that some, even within the Hawaiian legislature, see the promotion of abortion as an absolute good—even if it costs citizens their free speech and women their choice in the midst of an unexpected pregnancy.”
Though Planned Parenthood of the Great Northwest and Hawaiian Islands has not yet to make a public statement on the legislation itself, the abortion giant’s regional affiliate is currently suing a pregnancy center in Idaho for trying to reach patients in a shared parking lot.
Planned Parenthood, NARAL Pro-Choice America and other pro-abortion groups endorsed the California law and have been major drivers in attacks on pregnancy help at the state level in Illinois and Connecticut as well.
Tagged under
Tweet