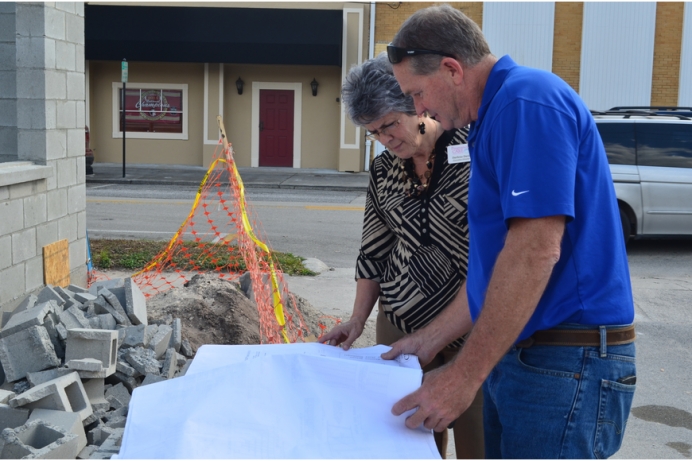 The Pregnancy Care Center of Plant City will soon have 1,346 square feet of new office and classroom space thanks largely to the generosity of its surrounding community — especially one man in particular.

Clayton Jenkins, owner of T. Jenkins Construction in Historic Downtown, admits that he didn’t exactly know what the Pregnancy Care Center did, despite driving by the Collins Street office every day on his way to work.

But when Jenkins was approached about bidding on the expansion of the center, he learned.

And then, he said, he got to work.

“They save lives,” Jenkins said. “They are a community-based, life-saving operation and the community has come together to help (them) do that.”

The Pregnancy Care Center of Plant City is a privately funded, nonprofit, pro-life organization that, according to its website, provides abstinence education, pregnancy testing, ultrasounds, pre-natal and parenting classes, material assistance, and other services to current and expecting mothers and fathers.

Executive Director Darlene Davis said most of the funding for the center comes from grants, fundraisers, local churches and individual donations.

Now, Jenkins and the T. Clayton Jenkins Construction team, are spearheading the project.

Jenkins said that once he learned about the services provided by the center, he was inspired to take it on as a charitable project with no profit for his company. All of the company’s work is being done at the cost of labor and materials, while many other area businesses have also donated time and materials to the project.

The original price tag of the expansion was $138,000. With the help of Jenkins, Davis said, the price is now at $98,000 and dropping. Jenkins was able to secure a $5,000 donation from the Plant City Noon Rotary Club, of which he is a member.

Other labor, material and monetary donations have come from various businesses, including concrete labor from RB Concrete Services in Plant City and concrete blocks and rebar from Quality Precast in Seffner.

Davis, who came to the center as executive director in 2009, said the expansion is necessary to continue providing services to the community. According to Davis, the center saw 600 client visits in 2009.

“We were outgrowing in every classroom,” she said. “We were functioning well, but there was no room for growth.”

Davis said she hopes the expansion will improve the coziness of the center. For the first time, there will be a men-only classroom to give men a place to feel comfortable while taking parenting classes.

Originally slated to be completed in two phases, the project is now being done concurrently with new sections being added to either side of the building.

The project marks the second expansion for the center in the last decade, as a 1,200-square-foot expansion was completed in 2012.

Work on the project began in December 2016, and is expected to be completed by March of this year. Upon completion, Davis said there will be a joint grand re-opening and anniversary celebration for the center, which turns 25 on Friday, Jan. 27.

The center is slated to remain open during construction. Davis said the center has had to adjust operating hours and the parking plan to accommodate the ongoing work, but will continue to service clients.

“There are women who come here and depend on us,” Davis said. “We’re going to have some rough days, but we’re going to do our best so our clients have their needs met.”

Daniel Figueroa IV is a staff writer at The Plant City (Fla.) Times & Observer, where this article originally appeared.