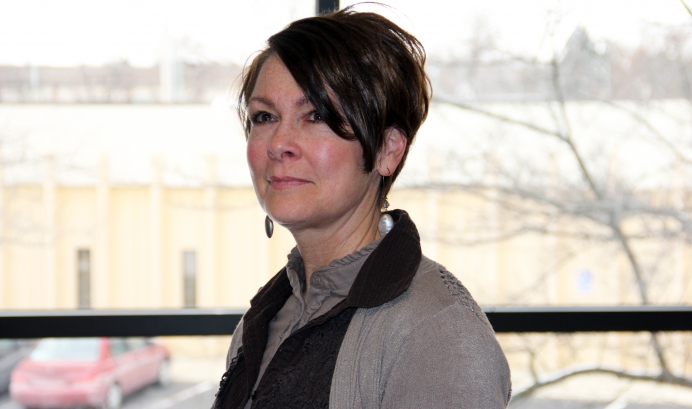 The 18-year-old version of Michelle Wascomb knew she was headed down the wrong path.

Seeking comfort and significance in all the wrong places, she was on a collision course of her own making, fueled by the unanswered questions of her childhood:

“Am I loved unconditionally?”

“Will I be accepted if I fail?”

“Is daddy pleased with me?”

But, Wascomb never imagined her story would take a dramatic turn that would land her at the Ohio Reformatory for Women.

What would have, perhaps, been more shocking to her 18-year-old self is the fact that, instead of being incarcerated herself, Wascomb would bear the message of hope and healing from abortion to the 2,500 women housed at the primary correctional facility for women in the state of Ohio.

Now in the course of leading her second small group of inmates through Healing the Effects of Abortion-Related Trauma (H.E.A.R.T.), an abortion-recovery resource developed by Heartbeat International, Wascomb’s path to get where she is today is every bit as striking as her heavy Mississippi accent to the ears of a person living in the Buckeye State.

Wascomb’s journey to the Ohio Reformatory for Women began with a glance at a Central Ohio billboard shortly after she, her husband and daughter had relocated from Texas twelve years ago.

It was a picture of a woman’s midsection, with a tight-fitting t-shirt hugging and accentuating her chest. At the corner of the billboard, which was an advertisement for a local radio station, were the words, “Pray for Rain.”

“It just broke my heart to think of the degrading of women,” Wascomb said. “I just began to sob, especially for the gal herself, to allow herself to be put in that place.”

Tweet This: "It just broke my heart to think of the degrading of women." #prolife #WarOnWomen

Not one to sit idly by—as her story illustrates time and again—Wascomb immediately called a friend from her church to find out about how she could come alongside women in the community in real and practical ways.

Her friend, who had become acquainted with Wascomb through a previous H.E.A.R.T.  group at their church, recommended Rachel’s House, a transitional living facility for women re-entering the community from the penal system.

Soon, Wascomb was giving her testimony of healing from abortion to inmates at a county facility.

While she was overwhelmed by the immediate response from the inmates—especially in contrast with what she had seen in church-based settings—Wascomb was also struck by an undeniable sense of belonging.

“I knew immediately—it was just one of those things in life,” Wascomb said. “There was never any fear. The minute I walked in, I knew that very moment that’s where God was calling me to be. This is it. I finally have arrived. This square peg has found its square hole in life.

“I could relate to these women on so many levels. The magical thing about it was, I could see beauty instantly. Yes, there’s such a depth of brokenness, but I could see beauty. It’s just because of the hope of Jesus Christ.”

Growing up as a military brat, Wascomb’s relationship with her father—though now more vibrant than ever, she says—was strained at best.

A self-described “tender-hearted child,” Wascomb had an especially difficult time relating to a father who was plenty comfortable giving orders, but wasn’t able to answer, as Wascomb says, “the little girl questions from daddy.”

Feeling like she could never live up to the high standards needed to gain her father’s approval, Wascomb turned instead to a full-steam-ahead quest for satisfaction and validation, primarily through sex and alcohol.

As she submitted herself to abortion three separate times, Wascomb’s veneer of strength grew to the point where it effectively blocked out any chance she had to confront her deeply unmet need to be approved and recognized as a person worthy of loving.

Eventually, she settled into life. She got married, and began to build a family with her husband—though she continued to conceal her past abortions from him. Something about embracing parenthood for the first time, however, got under Wascomb’s skin.

“When I had gotten married, during the pregnancy with my daughter, I truly believed that God was going to punish me—because that’s who he was, he punished,” Wascomb said. “Like my father, God was distant, and he punished. So, as fearful of that as I was, to find out I had a healthy, beautiful daughter: How could I deserve this beautiful life? It was difficult. You cannot give what you don’t have. At that point, the love that I had for her was explosive.”

As her daughter grew, Wascomb began to recognize traits similar to her own—anger, frustration, helplessness and rage.

Begging God to keep her daughter from having to go down the same road as her, Wascomb—in spite of her shame and fear of being found out for who she truly was—joined a women’s Bible study.

One of the first verses she remembers reading is James 5:16, “The prayer of a righteous person has great power as it is working.”

“The whole word, ‘righteous’ brought up the fact that my whole life was about that image of perfection,” Wascomb said. “I have to be perfect, but if anybody knew the hell that was inside, they’d never accept me. So I was correlating ‘righteous’ with ‘perfect.’ But through that, I came to realize the simplicity that ‘righteous’ is being right with God.

Tweet This: "I came to realize the simplicity that 'righteous' is being right with God."

“I just believed, as I read page by page, and I began to pour out my heart for my daughter.”

Having tasted true acceptance and freedom for the first time, Wascomb and her family were on the move, uprooting from Mississippi to Rockwall, Texas, near Dallas.

New to town, Wascomb was eager to jump in with their local church, Lake Point, a mega church that currently holds services at five locations.

When she took advantage of a ministry within the church that connects members to opportunities to serve the local community, Wascomb was recommended to nearby Pregnancy Resource Center.

“I’m filling out the paperwork,” Wascomb said, “and there’s the big question, ‘Have you ever had an abortion?’ I sat there and thought, ‘I could lie about this, but I know the truth, and I will choose the truth,' thinking that’d be it. The lady at the pregnancy center sat with me looking over my paperwork and said, ‘Oh, I see that you’ve had an abortion.’ I looked at her and I said, ‘I have never talked about this.’”

Determined to follow through with her commitment to serve at the center, Wascomb agreed to join an abortion recovery group, using the resource, "Forgiven and Set Free."

But, as time went along—and her veneer of strength began to show signs of weakness—Wascomb was beginning to tune out the message that hope of healing from previous abortion was actually available to her.

“It wasn’t any audible thing, but it was clearly a moment that God said, ‘Michelle, I gave you three very precious babies and you chose to destroy them. But, I forgive you and I want you to know that they remain here with me, full of my glory,’” Wascomb said. “That was when it went from a worldly regret to a godly sorrow, which leads to life. It pierced my heart. And I just wailed, sobbed and acknowledged what I had actually done.”

“That was when God moved heaven and earth for me. It was when I first tasted and saw that the Lord was good. That is where he led me into healing, 18 years after my third abortion.”

Shouting from the Rooftops

Located on 257-plus acres just 30 minutes from Columbus, the Ohio Reformatory for Women first began housing female inmates in September of 1916.

Once a fully functional farm worked by the inmates, the facility, known as “the farm,” is now home to 2,516 residents, 97 percent of which range from minimum to medium security, with one Death Row inmate.

With the average age of inmates just over 35, the farm has developed a unique program to care for pregnant inmates, accommodating their needs as mothers with the Achieving Baby Care Success (ABC’s) program—the only nursing program within a state institution in Ohio.

Wascomb’s ministry among the inmates has been met with eagerness among the women, as a waiting list has already built up after only one full round of H.E.A.R.T. group sessions.

“Michelle sharing her story has let the women know they are not alone, but there are others out there who have had the same struggles, and God has gotten them through all of that,” Denise Turpin, Associate Pastor at First United Methodist Church of Marysville, Ohio said. “She’s very dedicated and dynamic in the sharing of her story. There are places in her story that many of them relate to.”

Wascomb started making in-roads into the facility through her involvement in Rachel’s House. The ministry holds a weekly worship service with a guest speaker, and Wascomb became a regular, getting to know several inmates, but seldom getting the chance to walk with them down a healing path.

That changed one Friday night when, after a service, Wascomb asked a woman who had come forward for prayer a simple question, “Would you like to go through 'Healing From Abortion-Related Trauma' with me?”

“It’s surprising how open they are in the prison about this,” Wascomb said. “I find that very interesting. We have a group of seven ladies that just started yesterday, and they’re so forthcoming. It's like the cloud is being pulled back for her. You just never know.”

With help from Rev. Turpin, Wascomb hopes to plant a seed that will take root in the farm’s fertile soil and spread throughout the state, region, and nation.

“My heart’s desire is to get this implemented and established, not only at ORW, but at every women’s prison—wherever there is a body of women,” Wascomb said. “It’s the harvest right now. I’m seeing it, and I’m just praying that the Lord would send in the workers.”

Tweet This: "It's the harvest right now. I'm seeing it, and praying the Lord would send in the workers."