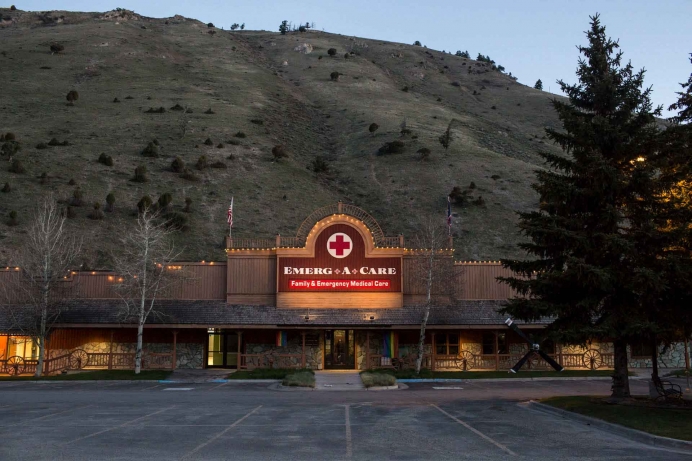 Ever Notice No Abortion Clinic Uses the Word, "Abortion" in its Name? We Too.

Out of 1,800 abortion clinics in the U.S., including 730 stand-alone mills, how many would you expect to include the word “abortion” in their name?

Try one: the Abortion Surgery Center in Norman, Okla.

On one hand, it’s entirely understandable that abortion businesses avoid the word “abortion” like the plague it is. On the other hand, the fact that virtually no clinics identify themselves by what they actually do reveals an awful lot about a truly awful industry.

It also cuts the legs out from under one of the abortion lobby’s favorite charades: to fake outrage about the names pregnancy centers use for themselves. Terms that are off-limits to pregnancy centers, so the argument goes, include but are not limited to “choice,” “options,” “health,” and “clinic.”

If the abortion lobby had its way, every pregnancy center would bear the name, “Jesus is Antichoice and Demands You Choose Anything But Abortion.” Kind of catchy in its own way, isn’t it?

On a more serious note, this ludicrous assertion has found its way into state laws in California, Illinois and Hawaii, with lawmakers deducing that since pro-life pregnancy centers don’t name themselves according to the proposed standards of abortion special-interest groups, they must be deceptive.

Once again, the abortion industry is entirely unwilling to take its own medicine.

The latest example of this particular anti-pregnancy center trope came Tuesday courtesy of Vice.com. In its overview of seven states down to just one abortion business, the report quotes Sharon Lewis, the director of West Virginia’s last mill.

“We have a neighbor, a crisis pregnancy center, that changed their name to Women’s Choice to confuse patients who intend to come here and end up in their doorway,” Lewis, said. “They have a marquee out front that says, ‘Considering abortion? Free pregnancy test.’”

Lewis’ statement obviously went without a quick fact-check from Vice, since the name of the pregnancy center next door is actually “Woman’s Choice Pregnancy Resource Center,” which has been serving the community since 1977 and located next door to the abortion clinic in 2013.

Without any sense of irony, Lewis—whose abortion business is innocuously called, “Women’s Health Center of West Virginia”—goes on to admit that it’s actually she and other abortion providers throughout the state who are on a mission to deceive women.

“Until this year there were two facilities in the state that advertised abortion care,” Lewis said. “I believe there are private doctors who do certain procedures for friends and family. But they’re not called abortions.”

“They’re not called abortions?” Whatever does she mean?

Tweet This: Why don't #abortion clinics ever use the word, 'abortion' in their names? #prolife

It doesn’t get any better for the other six abortuaries featured in the piece. Along with two Planned Parenthoods—one in Missouri and the other in South Dakota—not one of the names of these abortion clinics even so much as alludes to abortions.

Not even dishonest euphemisms like “reproductive health” make the cut.

Not only does Woman’s Choice offer free pregnancy tests, but its services include free ultrasounds and free peer counseling to help a woman make a choice of her own. Hence its name.

Of course, you wouldn’t expect Vice to recognize the virtue of true choice. Hence its name.