Pro-lifer advocates descended on the Supreme Court to pray and rally for life during the Dobbs oral arguments Dec. 1 Heartbeat International

Heartbeat was part of the remarkable life-affirming presence outside the Court for the Dec. 1 hearing, demonstrating the unceasing support that the pro-life community has for women and unborn children.

“There is excitement in the pro-life movement,” Heartbeat President Jor-El Godsey said. “There is a lot of hope.”

The hearing was closed beyond those directly involved in the oral arguments, but pro-life and pregnancy help advocates from across the country were there, with prayer, speakers, and Christmas music, and estimates of a three-to-one representation ratio of pro-life to pro-abortion.

“Easily thousands of people gathered to pray, protest, and petition, the majority in support of protecting human life in the womb,” said Danielle White, general counsel for Heartbeat. “The tone and tenor of the pro-life crowd was one of support for both women and their unborn children, of joy for life, and of hope for positive change coming from the Supreme Court.”

The Dobbs case concerns the state of Mississippi’s Gestational Age Act, banning most abortions at 15 weeks, and in particular the constitutionality of all pre-viability prohibitions on elective abortions.

Dobbs is considered the most important case for life in a generation and could upend Roe v. Wade, which established a legal right to abortion throughout pregnancy in the U.S.

Following the 1973 Roe decision, the 1992 Planned Parenthood v. Casey ruling purportedly upheld the Roe ruling, though it did away with Roe’s reasoning and the standard of review, the method the Court uses to determine whether an abortion-related law is constitutional.

Both decisions hold that the Constitution protects a right to abortion before an unborn child becomes viable. Fetal viability, which is the ability of the child to survive outside the womb with medical support, was previously understood to be 24 or more weeks, but it has become earlier in pregnancy with technological advancements. Pro-life advocates view the fetal viability standard as greatly subjective and preferential toward the abortion industry. 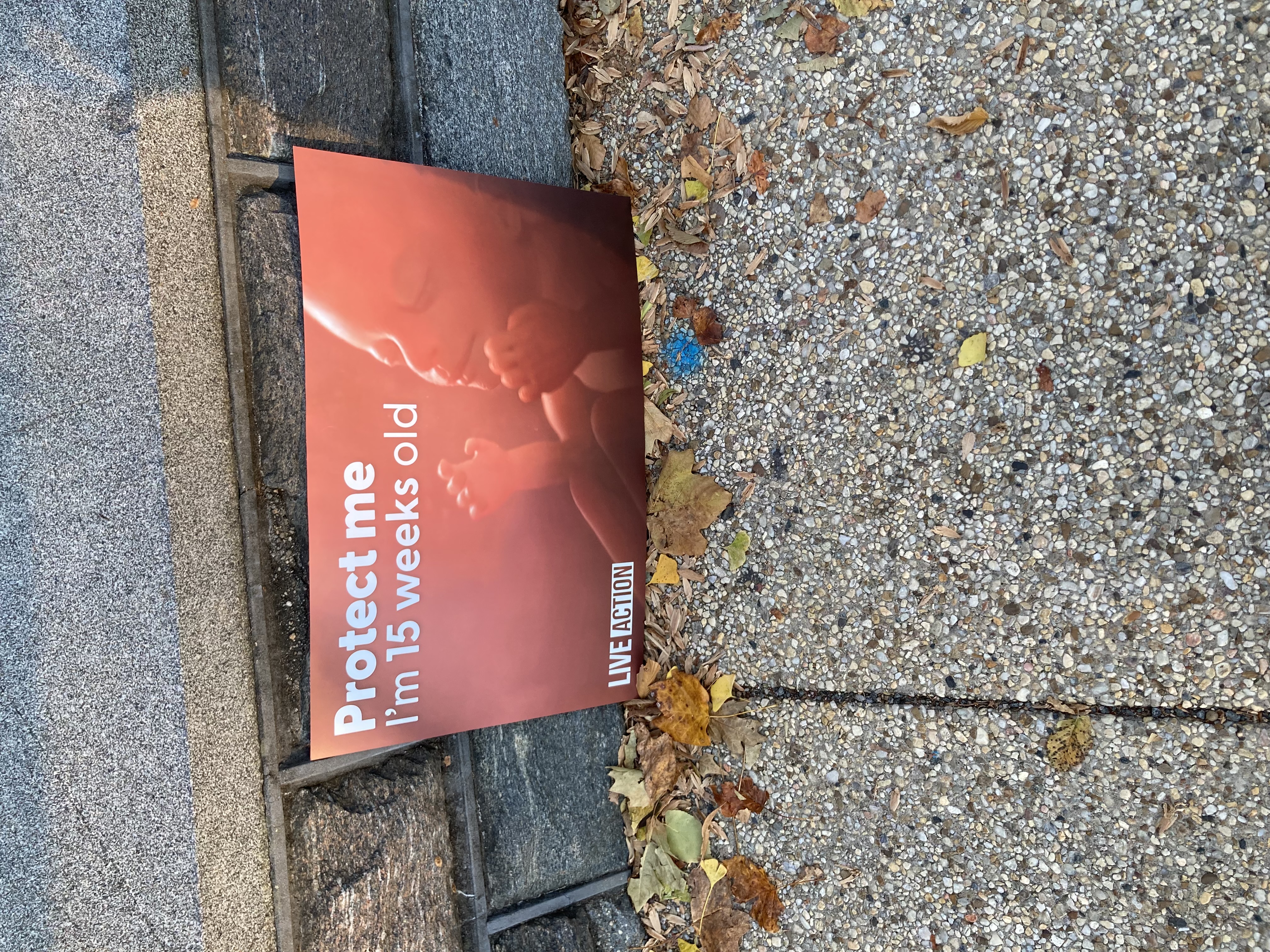 “We've seen the culture of abortion dominate our politics over the years because it's simply not enough to allow it,” Godsey said. “It's not simply a question of someone's choice. It's an expectation that we all must support it, for instance, with taxpayer dollars.”

Heartbeat International filed an amicus brief in Dobbs, one of some 80 from the pro-life side, arguing that women do not need abortion to participate in society. Heartbeat also argued that abortion is now obsolete because women are empowered to choose life through community support and pregnancy help resources, such pregnancy help centers, medical clinics, adoption agencies, and maternity homes.

“There is lots of support available for women,” Godsey said, “including now 2,750 pregnancy centers around the country that stand ready to help women.”

Tweet This: “There is lots of support available for women, including now 2,750 pregnancy centers around the country that stand ready to help women.”

In addition to the available support for women, a lot has changed in both the 30 years since Casey and the 50 years since Roe, in terms of societal norms and opportunities for women, technology, and knowledge of fetal development.

It’s an important time, Godsey said, and a legal question that needs to be addressed.

“We’re glad to be here for what’s happening,” said Godsey. “It's really a historic time. And we hope it's an amazingly historic opportunity for the pro-life movement, for the unborn, and for the moms that need to be protected from the predatory nature of abortion.”

White, who authored the amicus brief submitted by Heartbeat, described some of the process for case’s consideration.

“And so, we're able to tell the court about things like the exciting work of pro-life pregnancy centers and how that has changed in the last 30 years,” White said.

“And we know that women no longer need abortion - if they ever did,” she said. “They certainly don't now because of the vast and sophisticated network of pro-life pregnancy help, that's risen up all over the country.”

Tweet This: We know that women no longer need abortion - if they ever did - because of the vast and sophisticated network of pro-life pregnancy help

It remains to be seen what the Supreme Court will decide and how the result will play out.

“We're excited for the opportunity,” Godsey said, “but we also know that at best this can only be the beginning of the end of abortion as a cultural grip in our nation and even around the world.”

The decision is expected in June. There is much to pray for in the meantime. But pregnancy help will remain regardless of the ruling.

“The reality is that regardless of what happens in this decision, pregnancy help will continue,’ said Godsey. “If Roe were to be overturned tomorrow, or in June, the reality is we will wake up and we'll be about pregnancy help again - because it's all about helping women to have better choices than abortion.”