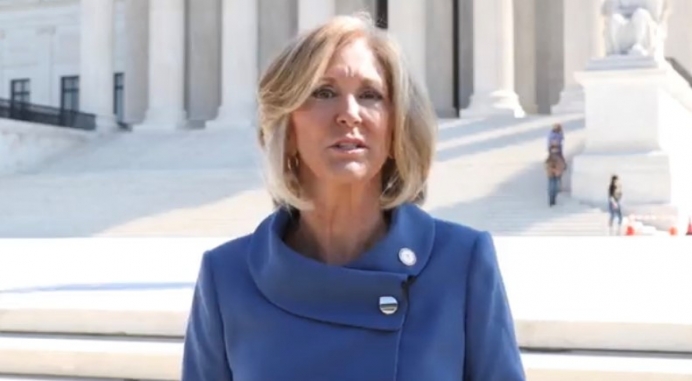 Mississippi Attorney General Lynn Fitch filed a reply brief with the U.S. Supreme Court in the Dobbs case Wednesday, emphasizing the need to overturn Roe v. Wade and the subsequent Planned Parenthood v. Casey. Fitch also argued in the brief that abortion policymaking is “for the people to decide.”

“Finally forced to defend those cases, respondents drive home the stark reality: Roe and Casey are indefensible,” Fitch writes in the brief. “Respondents do not claim that constitutional text or structure establishes a right to abortion. And they do not seriously argue that Roe and Casey are correct as an original matter. Their defense of Casey is to repeat its reasoning.”

The Supreme Court granted review in May in Dobbs v. Jackson Women’s Health Organization, the case that challenges the constitutionality of a Mississippi law that bans abortions after the 15th week of pregnancy and is considered a threat to Roe.

Nearly 80 amicus briefs were filed in July in support of the law.

Heartbeat International was among those to file briefs, arguing that women do not need abortion to take part in society.

The 1973 Roe decision established a right to abortion in the U.S. throughout pregnancy, and the 1992 Casey ruling purported to uphold the Roe decision, though it did away with Roe’s reasoning and the standard of review, the method the Court uses to determine whether an abortion-related law is constitutional.

The two decisions hold that the Constitution protects a right to abortion before an unborn child becomes viable. Fetal viability, the ability of the child to survive outside the womb with medical support, was previously understood to be 24 or more weeks but has become earlier and earlier in pregnancy with technological advancements. The standard is viewed by pro-life advocates as highly subjective and preferential toward the abortion industry.

In addition to the idea that women must sacrifice their unborn children’s lives to participate in society being outdated due to available pregnancy help, Heartbeat argued in the brief that changing social mores, such as the idea of children being born out of wedlock, adoption and safe haven laws also contribute to rendering Roe and Casey archaic, and also that advances in technology have shed light on the humanity of the unborn.

Fitch, Mississippi’s first female attorney general, had also filed a brief in in July arguing to overturn Roe and Casey, and that the state could prevent elective abortions before viability because “nothing in constitutional text, structure, history, or tradition supports a right to abortion.”

Tweet This: It is time to get rid of Roe and Casey - Mississippi Attorney General Lynn Fitch

The Mississippi AG argues in the Oct. 13 reply brief that abortion policymaking should be returned to the states.

Fitch argues as well that progress over decades in policy, society, and science further accentuate the need to overturn Roe and return policy making to the legislative entities that can adequately respond to these advancements.

Respondents “do not dispute (for example) that more women than men now enroll in law school and medical school, that women’s college enrollment has continued to climb, or that record numbers of women serve in state legislatures and Congress,” Fitch says. “Nor do respondents contest that laws enacted since Roe facilitate the ability of women to pursue both career success and a rich family life.”

Respondents’ claim “boils down to the view that millions of women have a meaningful life only because 50 years ago seven men in Roe saved them from despair—and that women’s success comes at the cost of ending innumerable human lives,” Fitch continues. “That is the debased view that Roe and Casey have produced. It is time to get rid of them.”

Tweet This: Roe/Casey have produced the debased view that millions of women have meaningful lives because 50 yrs ago 7men in Roe saved them from despair

The Charlotte Lozier Institute, the research arm for national pro-life group, Susan B. Anthony List, released a report last month detailing the development of a fetus at 15 weeks.

According to the 15 Facts at 15 Weeks report:

Fitch is planning a rally at the Court that day.