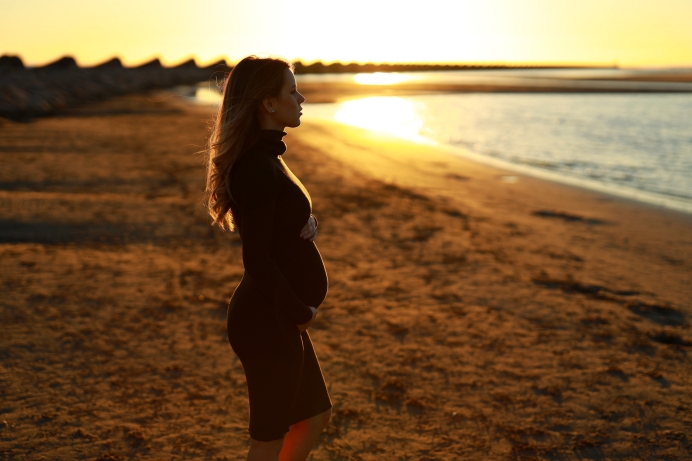 The torturous villain Senator Warren wants to cancel? It just might be you.

I have never mentioned Senator Elizabeth Warren’s name during any interaction with a pregnant woman in a pregnancy help center. Not once.

There’s a good reason for that. When women walk through the doors of a pregnancy help center (PHC), they don’t care to talk about politics.

It’s true. In this moment, politics and politicians alike are irrelevant; it’s personal. Pregnant women care about finding a safe and compassionate space where they can figure out what they’re going to do next.

But lately, Senator Warren’s been talking about me.

The “them” Senator Warren is referencing is actually an “us.” We are the torturers she wants to shut down. It’s me – and maybe it’s you, too.

You see, PHCs aren’t faceless. We are many faces – the staff, volunteers, and donors – who’ve been providing pregnancy help services since even before the Roe decision was handed down in 1973.

The PHCs the Senator is trying to shut down served roughly 2 million women, men, and youth with nearly $270 million in services - at little or no cost to their clients, in 2019 alone.

And Senator Warren is not just vilifying the many thousands of Americans who currently support PHCs; she’s also patronizing millions more: those who received services and care from PHCs – and seemingly weren’t clever enough to know they were being tortured.

Tweet This: Sen. Warren is vilifying the thousands of Americans who support pregnancy centers and she’s patronizing millions who receive their services.

Reframing a woman’s experience for her is condescending, Senator Warren. And anti-woman. And dishonest.

You see, our clients aren’t hostages. We don’t chase them down and drag them into our centers kicking and screaming. They choose to enter our doors. And choice is a term the Senator should understand.

I know this because, despite Warren’s efforts to bring dishonest and inciteful accusations against PHCs, the true story about PHCs is being told – by the women who actually receive services in our centers.

Turns out, the people Senator Warren wants to protect from PHCs – they’re not victims. They’re grateful. Satisfied. Empowered. Overwhelmingly, so - including the clients who receive the services they need from our centers and then head to abortion clinics.

You see, post-appointment reviews would be the perfect place for PHC clients to list the ways they’ve been tortured. But their reviews convey the opposite.

You don’t have to take my word for it – we have evidence that the majority of our pregnancy help center clients really like the services they receive.

In 2019, Care Net and Heartbeat International affiliated-pregnancy centers reported a greater than 99% positive response rate when actual clients were questioned about their experiences inside these centers.

That beats Chick-fil-A’s customer satisfaction ratings – and that’s a hard act to beat.

Side note, PHCs have good reviews despite being the target of abortion activists’ ongoing and organized attempts to override genuine reviews by urging people to “review a fake clinic” (by gathering their friends and leaving bad reviews for clinics from which they’ve never received a single service). When Warren mentions her concerns about PHC’s so-called deceptive practices, though, she does not mention these deceitful smear antics.

And if it comes down to believing Senator Warren or believing the women who’ve actually experienced the services and support of a local PHC, I choose the women. And these women – genuine clients of PHCs - don’t sound tortured at all.

But since Senator Warren has inserted herself into this conversation, she owes the public - in front of whom she’s made these inaccurate charges – an explanation.

Explain where she’s been throughout her tenure in the Senate. PHCs have been serving pregnant women for decades. Senator Warren has been a Senator since 2013. Throughout all her years in the Senate, and well before, PHCs have provided medical services and support to pregnant women across the US – including those right in her own state of Massachusetts.

If women were being “tortured,” why didn’t Senator Warren protect them sooner?

PHCs aren’t underground; we aren’t hiding. We’re just a quick online search away. If women were being harmed, she had a duty to protect them. Either she was unaware of PHCs existing in broad daylight in the state she was elected to represent, or this type of “torture” just didn’t bother her so much before.

Either way, I would think real torture would be hard to ignore.

Tweet This: Sen. Warren is on a mission to cancel women’s rights to choose a safe place to consider all their options.

But life is too important to cancel, Senator Warren. So here we are. We are not one; we are many. We are millions of faces.

We represent the 2700-plus locally-operated pregnancy centers of America. Our clinics outnumber abortion clinics 3 to 1. Don’t ignore what those numbers mean. Largely funded by private donors, our nonprofits exist because we have the support of the American people. We couldn’t exist otherwise.

We are over 10,000 licensed staff and medical volunteers strong, over 11,000 non-medical employees strong, and over 47,000 non-medical volunteers strong. We are donors who reach into our pockets and give money so women, children, and families can have the care and support they need. We are millions of women who’ve received medical services, material needs assistance, support, and hope over the years. We were the babies whose mothers chose life because they found the help and hope they needed when they were pregnant. We are women, families, and children.

Pregnancy help work is worthy, honorable, important – and torture-free. You see, we agree with you, Senator Warren – we don’t want people tortured, either. But we think you don’t aim high enough. We believe everyone should be protected from torture - preborn babies included. We choose to protect and support moms and their babies.

And we reject the singular choice you’d like to give women in our nation.

Tweet This: We reject the singular choice Elizabeth Warren would like to give women in our nation.

Unplanned pregnancies are complicated. Women seek and deserve a chance to understand what’s going on inside their bodies before they purchase abortion pills online or visit an abortion provider. Many want a chance to think things over and understand all their options - because a pregnancy decision is a big decision, for the mother and the child. That’s why we’re here.

As for me, I plan to continue serving pregnant women. I also intend to continue doing so without mentioning the Senator. I don’t mind so much that she talks about me; I just wish she’d tell the truth about me and the millions who are part of the pregnancy help movement. That seems like a reasonable request of a U.S. Senator.