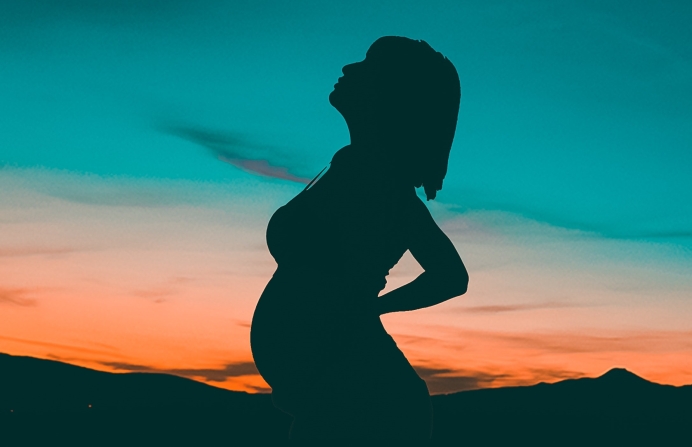 What would the Abortion King say about the today’s post-Roe abortion lobby?

Bernard N. Nathanson, M.D. was known to many at one point as the “Abortion King.” Known also as the co-founder of NARAL, he was one of the founding fathers of the abortion industry and thus a forerunner in deceiving America about life in the womb.

Back in 1969 when there were only five articles written on fetal development in the collection of medical literature known as Medical Cumulative Index what happened in the womb with pregnancy was largely unknown, certainly outside medical circles.

Once he saw an ultrasound image of an unborn child for the first time Nathanson had an incredible conversion from being that king of abortion to a Christ follower and a pro-life advocate.

One of the things he did once he became pro-life was explain how abortion supporters do not want to give ultrasounds for fear that they may dissuade women from having an abortion.

Nathanson was asked at age 83 while terminally ill if he had anything left to say to America.

He responded with the following:

“Continue teaching the strategies I used to deceive America. But also deliver this special message: "Tell America that the co-founder of NARAL said to love one another. Abortion is not love. Stop the killing. The world needs more love. And I’m all about love now.”

Nathanson had also said to the following before he died:

“I believe the abortion ethic is fatally and forever flawed by the immorality of the means of its victory. A political victory achieved by an unscrupulous and unprincipled minority…I believe that an America which permits a junta of moral thugs to foist an evil of incalculable dimensions upon it, and continues to permit that evil to flower, creates for itself a deadly legacy: a millennium of shame.” (The Abortion Papers, page 209, final paragraph of the chapter titled: Catholics.)

He implored Terry Beatley, author of the book What If We’ve Been Wrong? Keeping my promise to America’s “Abortion King,” “Teach the strategy of how I deceived America.”

One key deception in the campaign to make abortion palatable to the masses was the claim that women were dying in the thousands of illegal abortions.

He hired a public relations company to help guide their political strategy, and to research and understand the psychology behind the people they were targeting.

Along with using his Catholic Strategy for political candidates, he purported outright false stats to the media and repeated it long enough until the American people believed it.

● Emphasize - NARAL emphasized who they supported and why, claiming “these people support women's “right to choose” and healthcare”

Nathanson called this last one, “The most brilliant political strategy of all time.”

I believe that these lists are self-explanatory in illustrating how Nathanson and the early abortion lobby built the pro-abortion cause on deception. Nathanson fast-tracked Planned Parenthood into the abortion industry and got them to where they are today.

Nathanson died in 2011. Ample information on him is out there. His written work, including, The Hand of God, Aborting America, and the documentaries, The Silent Scream and Eclipse of Reason are widely available.

The “keeper of the abortion industry keys” had his mind changed by science.

Now, here we are, living in a Roe-free world for the first time in 50 years.

But while the abortion lobby persists in its blood-soaked mission, this still is not about winning or losing. This is about the truth, protecting life within a culture that’s been manipulated by individuals driven by their personal and political bias into murdering the most vulnerable of society.

Well, the people who helped get Roe passed taught Planned Parenthood’s workers how to do abortions.

But they all recanted, regretful of the damage done to the world via abortion. However, Planned Parenthood still plies its trade, targeting minorities along the way.

One should not advocate for that which was built on a lie and should never have occurred to begin with.

The issue here with many abortion proponents today is a lack of knowledge of history. This issue of abortion is much deeper and layered than most are led to believe.

Society must stop giving a pass to the racist and hateful Planned Parenthood and the abortion industry.

This house, so to speak, does not have good bones.

The roots of the “abortion is medical care” media slogan is not only medically false, but also historically inaccurate. Nathanson himself confessed to intentionally deceiving America into making this about “medical care,” again, to make abortion acceptable to the masses.

Advocating for abortion lends support to racism, oppression, and murder of the defenseless and poor communities.

Many of the U.S. states with the highest abortion volume do not report their data, so the basis is not there to claim the “safety” of abortion.

Remember, the “Abortion King” himself recanted once he saw an ultrasound for the first time.

The man who taught abortions has said himself the unborn are people, human beings with souls.

At the point when he saw the child in the womb, the baby smiling, sucking its thumb, and the baby’s heart beating, he had already aborted over 5,000 babies with his own hands, and taught other doctors how to do this procedure.

Now that he saw for himself that he had been wrong, he went directly to NARAL, explaining that they were wrong, and had to do something about it.

But NARAL did not care. Just like they do not care today.

If abortion were about supporting women, why does the abortion lobby not object to the frequent targeting of baby girls through abortion? Along with racism and gendercide, we also have human beings with disabilities targeted en masse in the womb.

Abortion does not just exploit women; it puts all who are vulnerable at risk.

Tweet This: Abortion does not just exploit women; it puts all who are vulnerable at risk.

One wonders, were Nathanson still with us, what he would have to say about the overturning of Roe v. Wade and the money-driven abortion industry perpetuating this deception to the world at the expense of women and their children.

Editor's note: This article has been updated with clarification on the origin of some of Nathanson's quotes.