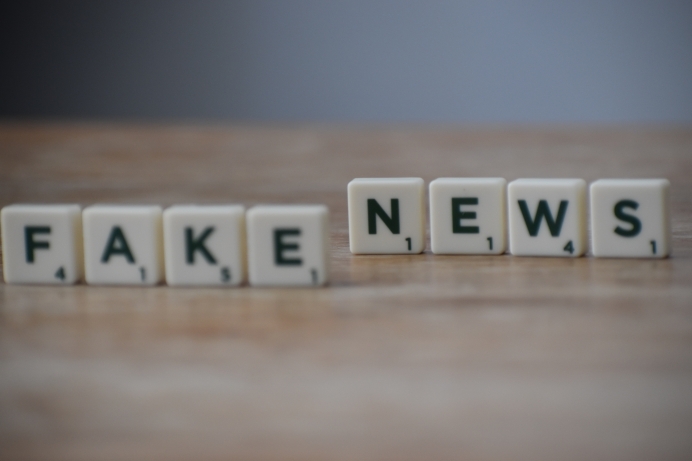 (Radiance Foundation) How do you make fake news even faker? You claim that you’re a journalistic entity that is fighting “disinformation,” of course.  You call yourself a “fact-checker”. You throw in some words like “accountability” and “data-driven” and then proceed to hide the facts and drive your own political narrative, leaving truth in the dust.

The Markup is a recent entry into the crowded field of leftists who want to control what we see, hear and read. Its major funding comes from the founder of Craig’s List, Craig Newmark. The billionaire (worth $1.3 billion according to Forbes) is just one of many extremely wealthy so-called philanthropists who fund disinformation cloaked in righteous “fact-checking”. He’s radically pro-abortion, claiming on Twitter: “Abortion rights are on the ballots this November. The ACLU is connecting the dots to protect and advance our rights on all fronts.”­­

On his website for Craig Newmark Philanthropies, he claims his money “promotes trustworthy journalism.”  Yet, these supposed “watchdog” groups need someone to watch them. Their dishonesty and omissions are a disgrace to the field of journalism.

Two weeks ago, I was contacted by an investigative reporter (I’m using the term lightly) from The Markup. Her name is Lauren Kirchner. She wrote: “According to the data we’ve collected your group has bought either ads or sponsored posts on Facebook about Abortion Pill Reversal in the past several months.” Well, that data was completely false. Shocker, right? The Radiance Foundation has never purchased ads or boosted posts on Facebook regarding the Abortion Pill Reversal. It’s not because we don’t fully support the life-saving procedure (we do!), but because Facebook has disallowed us from advertising on any social issues.

APR has become the latest target of the desperate Left that obsesses over restricting information. Abortion Pill Reversal (or APR) is a procedure that can reverse a DIY chemical abortion. If a pregnant woman takes the first of two pills (mifepristone) to abort her child, but changes her mind, she can be given Progesterone (a natural hormone) instead of the second pill (misoprostol). The result? The majority of the time, she can have a healthy pregnancy and save her baby. This safe procedure is overseen by healthcare professionals who are part of the Abortion Pill Rescue Network.

Isn’t this a choice any woman should have? I thought we trusted women?

BUT THE “MEDICAL EXPERTS”!

The reporter asked a series of questions all predicated on how “medical experts” claimed APR was “not based in science”, “life-threatening” and “bogus.” It is, however, based in science and shows a 64%-68% success rate in this study led by the creator of the process, Dr. George Delgado – a board-certified physician. Kirchner went on to cite a botched UC Davis “study” where “the physician who ran the study, told us, ‘Every leading medical organization has said this is bogus.’”

That “medical expert’s” name is Mitchell Creinin. He’s an abortionist with UC Davis Family Planning Center. Neither of those facts are mentioned in The Markup’s attack piece. Every researcher in the pro-abortion, anti-APR study is a practicing abortionist. Every single one. That’s also not mentioned in the article. There’s a major financial conflict of interest, wouldn’t you say?

The rabbit hole goes deeper. Mitchell Creinin is a paid spokesperson for Danco Laboratories – drum roll please – the maker of the abortion pill mifepristone! It’s even stated here in another bogus study he led, with other abortionists, showing how “safe” chemical abortions were at Planned Parenthood. Uhhhh, yeah. And the old RJ Reynolds tobacco company’s PR team said smoking was safe, too.

But don’t worry. Craig Newmark, the Ford Foundation, the MacArthur Foundation, Open Society Foundations, the New Venture Fund and many more population control and massive funders of abortion worldwide want to make sure The Markup is not “data-driven” but duty-driven to promote abortion at all costs. So what if award-winning “journalists” have to lie to get it done.

Tweet This: The Markup is not “data-driven” but duty-driven to promote abortion at all costs

Abortion is supreme. Facts are extreme.

BACK TO THE “STUDY”

Kirchner challenged why we support APR in light of its “high risks”, saying the (abortionist-led) study had to be stopped because three women experienced severe hemorrhaging. Yet, only one of the three woman, who reportedly experienced severe hemorrhaging, received the progesterone. The other two received a placebo. Something else was obviously going on.

And the American Association of Pro-Life OBGYNS (AAPLOG) addresses it. The real reason for the halt of the small study seems to be that the abortionists didn’t like the unwanted. According to board-certified OB/GYNs Dr. Christina Francis and Dr. Donna Harrison of AAPLOG: “Of the 5 women in the progesterone treatment group, 4 had healthy pregnancies two weeks after [first] taking mifepristone – that’s an 80% success rate!”

I challenged the reporter that hundreds of women have actually died since Roe from “safe and legal” abortions. Over 64 million children have been killed by it. Abortion’s dangerous. It’s high risk. It’s fake health. These Disinformation Warriors, who themselves are the source of what they claim to fight, want social media platforms to be anti-social to those who refuse to be woke and morally broke. The abandonment of objective truth is a public health emergency.

The Markup omitted every response I provided for the article. That night, after the hit piece was published, Facebook took down Heartbeat International’s APR page. It was restored two days later due to an “error”. Riiiiiiight.

The Markup notes that some (mis)leading medical associations denounce APR, but they’ve long chosen to advance their political agendas over promoting medical accuracy. The radically pro-abortion American College of Obstetricians and Gynecologists (ACOG) and American Medical Association (AMA), for instance, were strongly for patient handoffs (aka hospital admitting privileges) before they were against them (here and here). But their unmedical stance against patient handoffs only applies to abortion. Medical experts?

No matter how many “fact-checking” entities, like The Markup, get birthed, the facts always seem to get aborted. When you have billionaires funding your propaganda, you get to keep publishing deadly lies.

Editor's note: This article was published by the Radiance Foundation and is reprinted with permission. Heartbeat International manages the Abortion Pill Rescue® Network (APRN) and Pregnancy Help News.