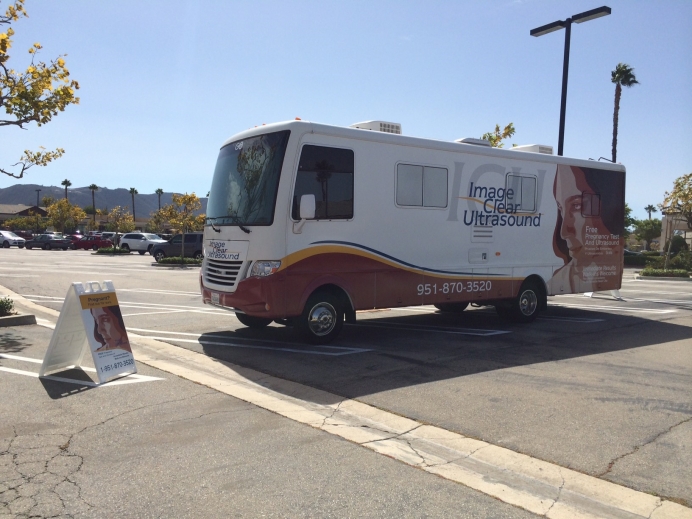 After over 18 months of waiting, The Scharpen Foundation—which runs a licensed mobile medical clinic in Riverside County—will finally get its day in court July 21.

It’s been over a year and a half since clinic administrator Scott Scharpen filed a lawsuit challenging California’s so-called Reproductive FACT Act (also known as AB775), which is the state’s attempt to force pro-life medical clinics to advertise taxpayer-funded abortions.

After over 18 months of waiting, The Scharpen Foundation—which runs a licensed mobile medical clinic in Riverside County—will finally get its day in court July 21.

In her decision to keep the case and set a date for a trial, Judge Trask wrote that, while the State does have a legitimate interest in overseeing healthcare, its restrictions through the Reproductive FACT Act—particularly that pro-life medical clinics include a phone number of where to get an abortion—are problematic both for the clinic itself and for the patient herself.

Trask went further in her opinion, lambasting the State for forcing pro-life people and groups to advertise abortions when it has several alternatives at its disposal—none of which run aground of free speech and free religious exercise protections.

“The State can deliver its message without infringing upon anyone's liberty,” Trask wrote. “It may purchase television advertisements as it does to encourage Californians to sign up for Covered California or to conserve water. It may purchase billboard space and post its message directly in front of Scharpen Foundation's clinic. It can address the issue in its public schools as part of sex education.

“It can require that its signs be prominently posted in every public school classroom and in every women's restroom located on public property. It can do everything but compel a free citizen to deliver that message.”

Approved by a Democrat supermajority in both legislative bodies and signed into law by Democratic Gov. Jerry Brown in 2015, the Reproductive FACT Act was subsequently upheld by the Ninth Circuit Court of Appeals in October of 2016. Pro-life advocates are awaiting word to see if the U.S. Supreme Court agrees to hear the case Sept. 25.

While it has only been enforced in one jurisdiction so far, the Reproductive FACT Act has since served as a template in Hawaii, which adopted a virtual carbon copy of the law July 12.

A farther-reaching law has also been adopted in Illinois, which gutted its Healthcare Right of Conscience Act in 2016 and now requires pro-life medical professionals of all kinds—including those serving with pregnancy centers—to refer their patients for abortions and counsel as to the purported “benefits” of the lethal procedure upon request.

In Illinois, a judge has granted a preliminary injunction for three pregnancy centers that pro-life advocates hope will set the stage for a larger victory in that state. Alliance Defending Freedom, the Thomas More Society and others have all filed lawsuits challenging the mandate.

California’s Constitution, adopted in 1849, includes a Declaration of Rights independent of federal protections. Article 1, Section 2 of the California Constitution protects the right of “[e]very person” to “freely speak, write and publish his or her sentiments on all subjects”—which makes government-compelled speech laws more difficult to enact.

When he filed his lawsuit in December of 2015, Scharpen—also a pastor in Murrieta—said he had no intention of posting the abortion notice, which pro-life advocates dubbed the “Bully Bill” as it made its way through the Democratic-heavy legislature without a single Republican vote.

While Scharpen’s challenge to the law is far from its conclusion, Judge Trask’s decision is the first victory of any kind for pro-life opponents to the Reproductive FACT Act.

“We are extremely encouraged by Judge Trask’s ruling,” said Scharpen.  “The Judge took a very thoughtful approach in reviewing prior case precedent and clearly demonstrated that the constitutionality of AB775 fails the test of appropriate scrutiny.”