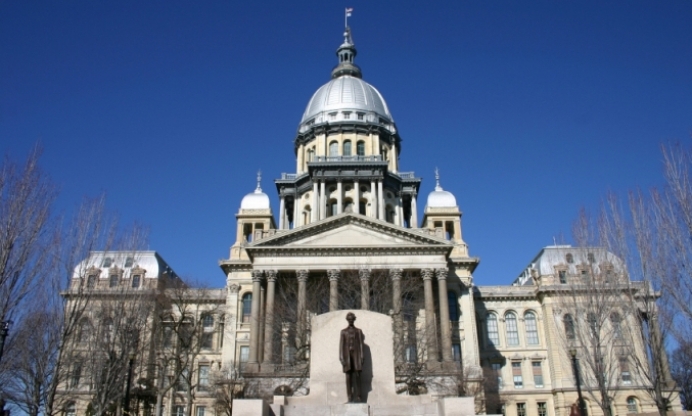 (PRESS RELEASE) – Alliance Defending Freedom attorneys representing multiple pregnancy care centers, a pregnancy care center network, and a doctor and her medical practice filed suit Thursday in federal court against Gov. Bruce Rauner after he recently signed a bill into law that forces them to promote abortion regardless of their ethical or moral views. The lawsuit also names Bryan Schneider, secretary of the Illinois Department of Financial and Professional Regulation.

ADF sent a letter to Rauner in May on behalf of numerous pro-life physicians, pregnancy care centers, and pregnancy care center network organizations advising him that the bill, SB 1564, would violate federal law and therefore place federal funding, including Medicaid reimbursements, in jeopardy. ADF also warned legislators about the problems with the bill last year. The lawsuit claims the new law, which is actually an amendment to the existing Illinois Healthcare Right of Conscience Act, violates federal law and the U.S. Constitution.

“No state should attempt to rob women of the freedom to choose a pro-life doctor, but that is the choice that Illinois is eliminating by mandating that pro-life physicians and entities make or arrange abortion referrals. To make matters worse, the state did this by amending a law designed specifically to protect freedom of conscience,” said ADF Senior Counsel Matt Bowman. “As our lawsuit explains, the law is incompatible with the U.S. Constitution and both federal and state law, which protect citizens from being forced by the government to live and act in a way contrary to their faith and conscience.”

The new law forces pregnancy care centers, medical facilities, and physicians who conscientiously object to involvement in abortions to adopt policies that provide women who ask for abortions with a list of providers “they reasonably believe may offer” them. Both federal and state law prohibit the government from placing burdens on religious conscience without a compelling interest for doing so. Additionally, the Illinois Constitution protects “liberty of conscience,” saying that “no person shall be denied any civil or political right, privilege or capacity, on account of his religious opinions.” Both the Illinois Constitution and the U.S. Constitution protect free speech, which includes the right not to be compelled by government to speak a message contrary to one’s own conscience.

“Medical professionals and pregnancy care centers shouldn’t be forced to speak a message completely at odds with their mission and ethics,” explained ADF Senior Counsel Kevin Theriot. “The centers offer women free information and services and do so at no cost to the government. They empower women who are or think they may be pregnant to give birth in circumstances where they may want to but don’t feel they have the necessary resources or social support. All SB 1564 accomplishes is to eliminate this choice for the women who need it most."

Alliance Defending Freedom is an alliance-building, non-profit legal organization that advocates for the right of people to freely live out their faith.