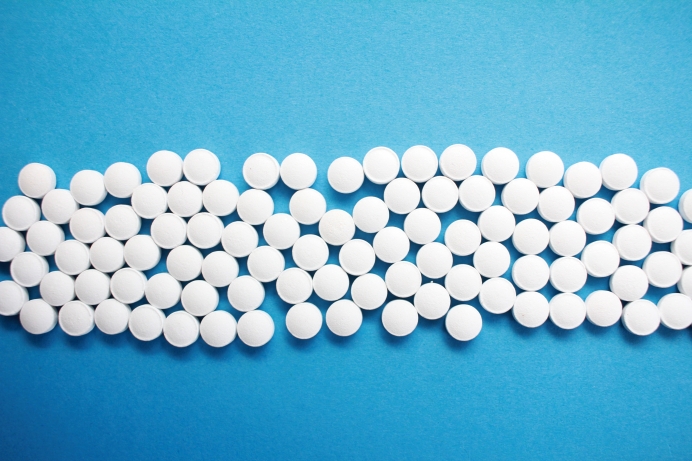 National pro-life advocacy group Students for Life of America (SFLA) wrote the U.S. Food and Drug Administration (FDA) Monday about the dangers associated with chemical abortion drug RU 486, urging the FDA to maintain the abortion pill's existing safety standards, crack down on entities illegally providing the drug and investigate the environmental impact disposing of human fetal remains via lavatories nationwide has on the U.S. water system.

“Given the deadly consequences of the drugs for women and certainly the preborn, no public policy interest is served in recklessly handing out pills that can cause death, and with 40 percent of abortions now painfully ending on toilets across America, Students for Life has grave concerns about the impact of human remains in America’s waterways,” SFLA President Kristan Hawkins said in a statement.

RU-486, or mifepristone, is the first of two drugs in the chemical abortion process. It blocks progesterone, the natural hormone in the mother’s body necessary for a pregnancy to thrive. The second abortion drug, misoprostol, is taken a day or so later, and causes the mother to deliver her deceased baby.

The FDA's Risk Evaluation and Mitigation Strategy (REMS) requires that mifepristone be dispensed to women "only in certain healthcare settings, specifically clinics, medical offices, and hospitals, by or under the supervision of a certified prescriber," and also that providers "inform patients about the risk of serious complications associated with" the drug.

The American Civil Liberties Union (ACLU) had filed a lawsuit last week against the FDA and the Department of Health and Human Services (HHS) on behalf of the American College of Obstetricians and Gynecologists (ACOG) and other pro-abortion groups to demand easier access to the abortion pill, including waiving the REMS for the abortion pill. The lawsuit also echoed a March 30 letter signed by 21 state attorneys general directed to FDA commissioner Stephen Hahn requesting that the FDA "increase access to reproductive health care, including safe and legal abortion, during this pandemic.”

“In light of the lawsuit filed by the ACLU, as well as 21 state attorney generals and a former FDA head (Jane Henney) joining forces with abortion industry enterprises, it’s clear that the allies of abortion in America want to make it easier to sell chemical abortion pills, no matter what happens to women," Hawkins said.

Tweet This: "It’s clear that the allies of abortion in America want to make it easier to sell chemical abortion pills, no matter what happens to women"

In its letter to the FDA, SFLA asked the federal agency to:

· Hold the line on the REMs that require an examination that protects women, including requiring a Rh-negative assessment

· Re-examine and take control of the study that Gynuity Health Projects is engaged in, which is distributing life-ending drugs through a federal contractor, Planned Parenthood, in ways known to be unsafe

Earlier this month a large pro-life coalition wrote a letter urging the FDA to seize websites of groups accused of illegally providing abortion drugs. More than 150 members of Congress had written to the FDA in April to support the regulation of chemical abortions in response to the calls to expand access to chemical at-home abortions during the pandemic.

The Rh-negative assessment must be administered during pregnancy and right after delivery or following the end of a pregnancy, and would ensure women with the condition can obtain treatment to head off the heartbreak of losing subsequent pregnancies - something the abortion industry is attempting be absolved of the effort.

Gynuity Health Projects, which has been working to expand abortion, is funded by abortion pill manufacturer DANCO’s original business investors, Live Action reports, including, among others, the Packard Foundation, Buffett Foundation, and the Population Council.

"With the abortion lobby pushing to reconsider how we handle chemical abortion pills, Students for Life of America calls on the FDA to reexamine the environmental impact of human remains in America’s water," Hawkins said. "With 40% of all abortions committed with chemical abortion pills in which women are sent home to bleed profusely and flush a pre-born child away, it’s important to understand how that is impacting the environment, especially as California prepares to require its public colleges and universities to distribute the deadly drugs.”

“The college students who work with us have tremendous concern about the environment," said Hawkins, "and as states such as California push forward a policy to require distribution of chemical abortion drugs on campuses, such students will be exposed to blood and human tissue in the dorms and other student housing as will those who work in school physical plants and in maintenance."

“Surely this raises concerns for the FDA, which is required under the National Environmental Policy Act of 1969 to consider “the environmental impact of its actions,” she said.

She further pointed out that during the RU-486 approval process an environmental impact study focused on the impact of packaging for the drugs, "rather than on the impact of human remains in our waste water system and ground water."

Hawkins noted as well that, according to the American Academy of Family Physicians, “Home based health care can create medical waste which can be hazardous if not disposed properly.”

Given the increasing scope of chemical abortions, the impact on the environment of human remains in the water system should be closely evaluated, SFLA told the FDA.

"Today, with so many lives ending by such chemical abortion pills, it’s vital to reopen an inquiry into the environmental impact on our water and land as so many human beings are being flushed away," stated Hawkins. "When you consider that the Environmental Protection Agency recommends against flushing tampons to preserve the environment and water safety, how much more significant is disposing of human remains through the waste water systems across America?"

The full letter is available HERE.