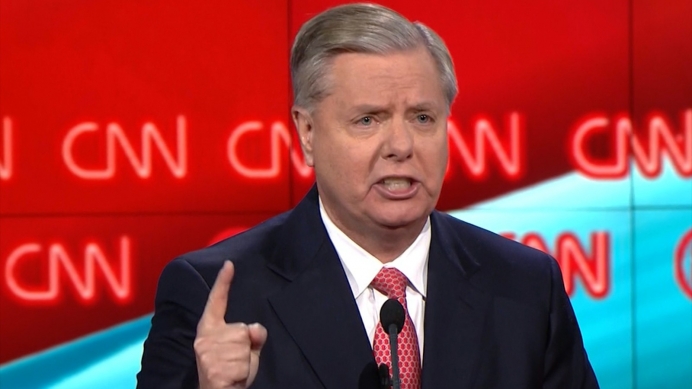 What the 20-Week, Pain-Capable Abortion Bill Tells Us About the Left and the Right

Last week, the U.S. House of Representatives passed a major bill to ban the gruesome practice of aborting a child at 20 weeks and beyond, a move that was followed up by the Senate’s introduction of a similar bill two days later.

Bearing a jarringly descriptive title, this marks the third go-round since 2013 for the “Pain Capable Unborn Child Protection Act” at the national level and could have the immediate impact of sparing the lives of 10,000 babies who are aborted at 20 weeks and beyond in the U.S. every year.

But although the bill enjoys wide support among voters across demographic and party lines—the 20-week mark has already been adopted in 16 states— it’s also highly unlikely to ever reach the Senate floor for a vote. In fact, even though U.S. President Donald Trump has pledged to sign it into law if and when it reaches his desk, the bill may not even reach the Senate floor for debate.

In an article published Thursday, Politico summed up the conundrum in which the GOP’s Senate leadership finds itself. In short, for the bill to stand a chance of landing onTrump’s desk, Senate Republicans would likely need to remove the filibuster rule and move ahead with a simple majority of votes, rather than holding out for the 60-vote threshold that’s currently in place.

Fearful that Democrats could regain power in the Senate—as well as the House and Oval Office—and push through future legislation of their own, Republican leaders are urging their pro-life constituents to wait for a more opportune time, with Graham assuring voters that, the bill’s “time will come.”

Tweet This: The time is always ripe to do what is right. #Prolife #abortion

Meanwhile, GOP leaders also seem unwilling to—at the very least—force Democrats to filibuster in defense of an absolutist position on abortion that squares better with North Korea and China than the sliver of land between New York City and Los Angeles.

Inhumane Callous on the Left

Despite the fact that the bill arrived all but dead as it reached the Senate, abortion enthusiasts on the Left have reacted with the sort of understated grace and winsomeness we’ve come to expect from those who see ending a child’s life through abortion as an intrinsic good.

When Graham first introduced the Senate version Oct. 5, abortion lobbyist group NARAL Pro-Choice America sent out an email featuring the tragically ironic headline, “They’re DEAD SET on an abortion ban,” with accompanying text indicting GOP lawmakers for moving forward on the bill in the wake of Hurricane Maria and the murderous rampage in Las Vegas.

The timing of a bill that will rescue 10,000 preborn babies a year is unseemly, says NARAL, since people in Puerto Rico are doing without electricity while others are mourning the loss of loved ones murdered in Las Vegas. Saving lives will need to wait until a proper time, when no lives are in danger.

Nor was this sort of reaction relegated to the fundraising lists of NARAL, Planned Parenthood and their ilk. When the bill passed the House vote Oct. 3, the New York Times gave a platform to its dissenters on the Left—including New York Rep. Louise Slaughter—who said they voted against protecting pain-capable unborn children from abortion because, “barring automatic weapons was a better way to save lives.”

While it’s no surprise to find leftists in politics and the mainstream media linking gun deaths to abortion—two subjects on which they are the most adrift from the rest of the country—it is a bit shocking to see the Times call for “a better way to save lives” than capping abortion at 20 weeks.

If the flaw to outlawing abortion at 20 weeks (with broad exceptions for the mother’s health and life as defined by Roe v. Wade’s companion case, Doe v. Bolton) is that it’s an imperfect way to save lives, doesn’t that concede that actual lives are at stake in abortion?

Yet, even though they recognize—at least implicitly—that abortion ends the life of a child, all but three Democrats in the House were so beholden to their Party’s platform calling for no limits on abortion that they voted against the Pain-Capable bill.

Far more than any issue, abortion is the Left’s north star, which they will follow even if that means forcing Catholic nuns to foot the bill for abortifacients and cudgeling pro-life pregnancy centers into advertising the taxpayer-funded killing of unborn children.

Excessive Caution on the Right

What is far more disheartening than the abortion-enslaved Democrats’ incessant caterwauling is the inability of GOP leaders—including but not limited to McConnell and Graham—to commit themselves to legislation that will directly save lives from abortion.

Cowed to the threat of a Democratic filibuster, these GOP leaders, well-intentioned as they are, urge their constituents to continue waiting until a more opportune time to protect fully-developed children in the womb.

Rather than putting the ball in Democrats’ hand and forcing them to explain why they are willing to shut down the government to abort babies even at a time when they can and do survive outside the womb, Republicans are giving their colleagues a free pass under the simple threat of a filibuster.

Remember Wendy Davis, the Texas state senator who made a name for herself in 2013 by donning pink shoes and filibustering a Texas bill that introduced gurney-width hallways and hospital admitting requirements to abortion clinics? Not only did the bill pass over her incessant shrieking, she was demolished in a subsequent bid for the Texas governorship the following year.

Tweet This: What the Pain Capable #abortion bill tells you about the Left and Right. #prolife

And make no mistake, the GOP has plenty of tools at its disposal short of nuking the filibuster entirely, including a bevy of available rule changes to the filibuster itself. Unlike many choices in politics, this one’s not “binary.”

The main question is whether Republicans on Capitol Hill are ready to show the courage to match their convictions, absorb the slander that’s sure to come pouring forth from the media and insist that no government action can or should be undertaken while—at the very least—viable babies are being legally aborted in this nation.

What are We Waiting For?

In his “Letter from the Birmingham Jail,” Dr. Martin Luther King, Jr. rebuked white Christian leaders who voiced ideological agreement with his civil rights campaign, yet refused to join him in peaceful action and openly denounced his nonviolent protests throughout the South.

The inaction of these men, who King considered his brothers, was a far more difficult pill to swallow than the outright racism and bigotry he suffered on a daily basis.

I have almost reached the regrettable conclusion that the Negro's great stumbling block in his stride toward freedom is not the White Citizen's Counciler or the Ku Klux Klanner, but the white moderate, who is more devoted to "order" than to justice; who prefers a negative peace which is the absence of tension to a positive peace which is the presence of justice… Shallow understanding from people of good will is more frustrating than absolute misunderstanding from people of ill will. Lukewarm acceptance is much more bewildering than outright rejection.

As he appealed to his white brothers in the faith throughout the letter, King went on to push back against what he saw as their misguided belief that waiting for a more suitable time was the luxury of the non-oppressed.

“The time is always ripe to do right,” King wrote.

There’s very little question that pro-life leaders in the Senate like McConnell and Graham share the same aims as those voters who put them into office. They, like those they stand alongside at national demonstrations like the annual March for Life in Washington, D.C., want to see as many lives as possible spared from abortion.

I’ve seen this desire firsthand each time I’ve visited congressional offices with mothers who chose life for their babies because of hands-on help from pro-life pregnancy centers, medical clinics and maternity homes. I’ve witnessed the distinct joy and gratitude these leaders and their staff exude when they hold a child who was snatched from the jaws of the billion-dollar abortion industry.

Now that the Pain-Capable Unborn Child Protection Act is on the table for the Senate, will they do right while the time is ripe?