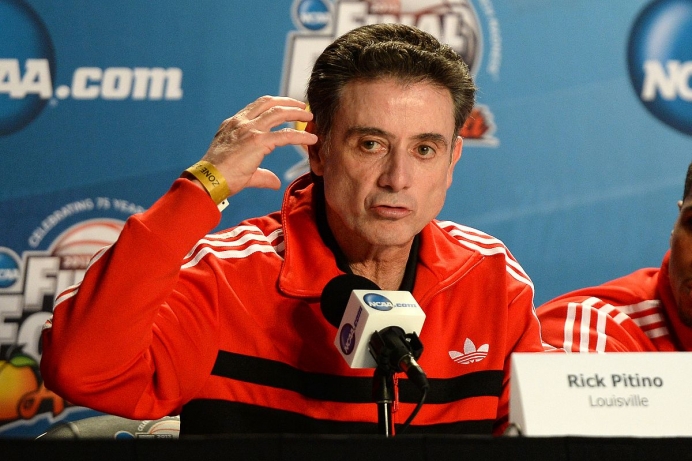 Positive Commentary on the Life Issue, From an Unlikely Source

In most hotels, the only newspaper available is USA Today, and after reading its commentary and slant on the news, I’ve found my best hope is to open the paper directly to the sports page instead of frustrating myself with the news.

Funny thing the other day; I found a ray of hope on the issue of human life right there on the sports page.

The hope came from columnist Christine Brennan, with whom I rarely agree. She would likely call herself a feminist and somehow can find a way to leak politics into her weekly column (which is happening far too much from too many in the sports world, but I digress).

She was writing about the horrendous state of University of Louisville basketball, now on NCAA probation for luring in recruits with strippers during on-campus visits. This time I agree with Ms. Brennan; this is beyond egregious stuff.

But wait, that’s not all. Recently the FBI charged that Louisville was funneling cash payments to recruits through a shoe company, about $100,000 to one player, according to the Department of Justice.

This has all happened under “legendary” coach Rick Pitino, who is now without a job. Finally. Again, Ms. Brennan and I agree.

She wants the NCAA to shut down Louisville’s program for at least a year, and I’m not sure I disagree with her on this, either.

But as she lists Louisville and Coach Rick Pitino’s transgressions, she writes this about an incident in 2003: “Pitino’s behavior there has been breathtaking for years, since he had an affair with the wife of the team’s equipment manager and paid for her to have an abortion.” (emphasis mine)

Unless I’ve totally misread her politics, Ms. Brennan would not call herself pro-life. And yet, she sees paying for an abortion as a bad thing.

But that’s not how any of this works. According to “pro-choice” dogma, paying for an abortion is good. A woman can exercise her choice (abortion), and the man is a stand-up guy if he coughs up the cash to cover the procedure.

What’s the problem, Ms. Brennan? Coach Pitino and the equipment manager’s wife apparently had a consensual relationship (she didn’t work for Pitino, her husband did) and when a pregnancy popped up, Pitino did the political correct thing and took care of it.

Why is she upset?

Ms. Brennan may not realize it, but she just pointed out—in clear detail—why abortion is a slap in the face to feminists. Coach Pitino is Exhibit A. He had an illicit affair and when there was a natural consequence, he paid for an abortion to cover his transgressions in hopes no one would find out.

Deep down, Christine Brennan knows the problem—as do many who claim to be progressive on the issue of abortion. Abortion is a man’s way out. With abortion, he can behave as he pleases and use abortion as a back-up plan to avoid entanglements.

Clearly, columnist Brennan is uncomfortable with this situation even if she can’t yet see why. She made a pro-life case in her column, and this is good.

We’re not where we need to be in the public debate, but we’re a step closer—thanks to USA Today.