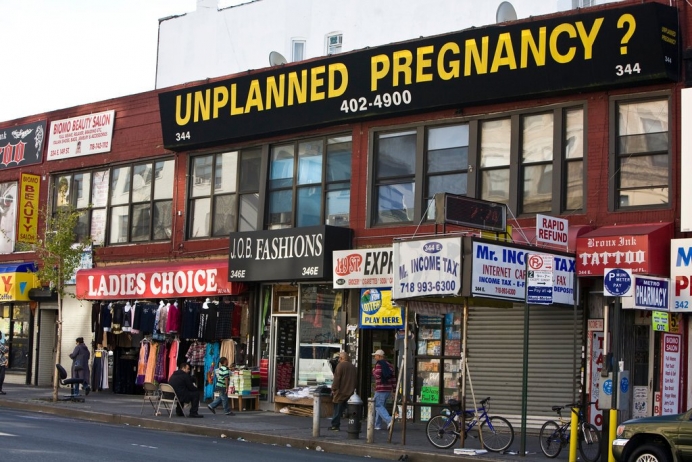 For the past 33 years, Chris Slattery has committed himself to rescuing as many lives as possible in the top abortion destination in the U.S. For almost as many years, the City and State of New York have tried to stop him.

Now, it appears the city and state are closer than ever to accomplishing their shared goal of shutting down Slattery and his organization, EMC Pregnancy Centers—which serves 20 women per day with free ultrasounds, pregnancy tests and options counseling in the Bronx, Brooklyn and Queens.

In a Dec. 19 decision Slattery received via mail Dec. 29, a city administrative court said EMC must describe itself as a non-medical entity in on-site signage as well as in all online and printed advertising—despite the fact that its ultrasounds and STD tests are performed and/or supervised by licensed nurses trained and certified in ultrasonography.

Along with two $750 fines for EMC’s refusal to post the signage this fall, the ruling—which throws out an appeal in mid-December—means City bureaucrats can bring forward just one more citation to permanently close EMC.

“It’s not the money,” Slattery said. “The most dangerous part of this is the provision that, with three fines, the City can shut down a pregnancy center permanently with police tape. It’s not just about modest little fines and slaps on the wrist—this is an effort to do nothing less than shut us down. With two convictions, I’ve only got one left.”

The requirement that EMC and other New York City pregnancy centers label themselves as non-medical is the last remaining mandate of New York’s Local Law 17, which was passed in 2011 but was largely struck down in 2014 in the U.S. Second Court of Appeals’ Evergreen Association (et al) v. City of New York.

Originally, the law—which the Court of Appeals excoriated as “a bureaucrat’s dream”—forced pregnancy centers to refer women seeking help away from their own offices, while mandating that they prominently advertise the services they do not offer, including abortion and abortion referrals, the morning-after abortion pill or prenatal care.

Slattery’s organization has been a prime target of not only the City’s harassment, but the State’s as well. In 2013, pro-abortion New York State Attorney General Eric Schneiderman issued a wide-ranging subpoena to EMC, which Slattery and attorneys with the American Center for Law and Justice (ACLJ) fought in the courts to narrow down.

Finally, after a five-year battle, Slattery is being forced to comply with the subpoena this week, handing over hundreds of documents related to EMC’s free ultrasound services.

“We’re getting double-whammied right now between the City and the State,” Slattery said. “They really want to put us out of business. This isn’t new, I’ve had three New York attorney generals come after us, as well as numerous New York City laws trying to stop sidewalk counseling that we do. This is going to be a trying year this year.”

EMC—which operates under the larger umbrella “Evergreen Association”—does employ medical providers who are on site for the center’s free ultrasound and STI testing services, which are offered throughout the week on a rotating basis.

In the Bronx, where inspectors from the City’s consumer affairs visited three times this fall, EMC offers its medical services on Tuesdays and Fridays, all under the supervision of licensed medical professionals.

On days where EMC isn’t staffed with a medical professional, it offers peer counseling, self-administered pregnancy tests and material support including diapers and baby formula. In a twist of irony, that description puts EMC outside the City’s own official definition of a “pregnancy services center,” and thus, technically exempt from the law itself.

The fact his centers are under such scrutiny in a City and State that both lead the nation in abortion—and yet, where regulation of abortion businesses is virtually nonexistent—underscores the purely partisan nature of battle on both fronts, Slattery said.

“This is just another attempt at harassment and a twisting of the law, while the same City and State has ignored abortion clinics and their violation of the law for decades,” Slattery said. “We haven’t seen any response to the need for increased inspection for abortion facilities, and yet they’re more than willing to force us to shoulder this undue burden.”

Along with the specific California state law the NIFLA case calls into question, other state and local attempts to force speech from pro-life centers could be directly affected in Illinois and Hawaii, as well as at the local level in San Francisco and Hartford (Conn.).

Tweet This: #NYC, the nation's #abortion capital, turns up heat on #prolife center.

“The effect of this illegal application of the law is that they’re trying to force speech on us that’s not only false and misleading to the public, but is a government message that serves no government purpose,” Slattery said. “Ultimately, we need protection as a movement from the Supreme Court, and we hope the NIFLA case will do that.”