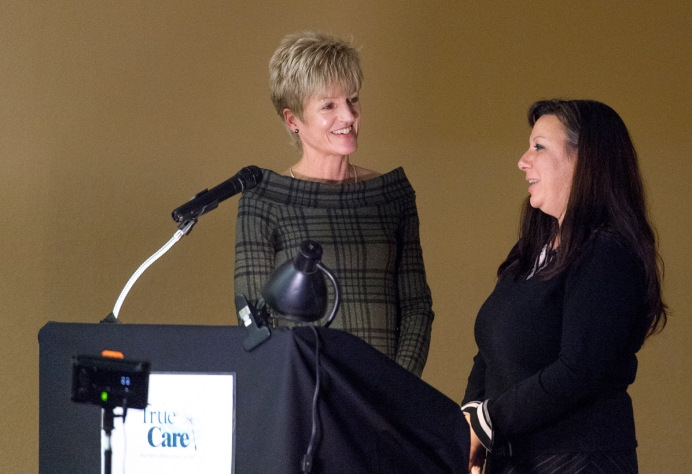 Yes, Pregnancy Centers are Changing the World for the Better

She did not recognize their names, but when they began to share their story, her mind—and heart—flashed back 17 years.

When the couple first visited True Care in 1999, Terry had been president for just two years. In those days, True Care was not yet a medical clinic, and she often filled in as client advocate due to staff shortages.

On this particular day, she met with a young couple. He was preparing for college and she for her senior year of high school. They wanted a pregnancy test to confirm their suspicion that the young lady was pregnant.

If the test was positive, they planned to abort.

Terry recalled the young woman not saying much—she just stared at the ceiling and cried. The young man did most of the talking. His eyes were filled with love and concern for her. The couple watched a video about abortion and learned the potential emotional and physical side effects of it, yet, in their minds, abortion still seemed to be their best option.

Tweet This: Yes, #prolife centers are changing the world for the better, every day. @wyoauthor1

In 2005, the young woman returned for another pregnancy test and asked the receptionist if she could speak to Terry. When she did, she reminded True Care’s president of her first visit to the organization six years earlier. Not only had she carried her baby to term, she had married the father. She was back at True Care to confirm another pregnancy.

Fast forward to True Care’s annual fundraiser held earlier this month. The couple, still married, had been invited to the event by some friends. As the pair talked with Terry, they showed her a photo of their family, which now included five children. They told Terry she had made an impact in their lives and that they were grateful True Care had been there for them. They had not forgotten the difference this organization made in their lives.

Neither has Michelle, who visited True Care nearly two years ago. New to the area, she found out she was pregnant after moving to the community with her boyfriend. He wanted her to abort, but she struggled with that decision. She was already a mother of two, and knowing she might be raising another alone, she visited True Care.

The father of her child left her when she didn’t make an abortion appointment. Michelle chose an open adoption plan for her baby. She gave a testimony during the recent fundraiser about the positive impact True Care made on her life. The audience, moved by her courageous, inspiring story, gave her a standing ovation.

True Care’s annual fundraising dessert is called Making a Difference. We who work at pro-life pregnancy centers know that is our mission: to make a difference for women and their unborn children.

Sometimes we need reminding that we do make a difference.

“It isn’t too often that those of us who are involved in pregnancy care ministry get to see so clearly how God has used us to make a difference in the lives of others,” Terry says. “There are many days when we leave True Care heartsick over the choices some patients make.  I drove home that night praising and thanking God.”

With the all the challenges pregnancy centers face, from lies about our services to attempts to sequester free speech and religion, one truth remains: we make a difference.

As we anticipate attacks on pregnancy centers this month by the absurd “Expose Fake Clinic” campaigns, let us, as Scripture says, “Put on the full armor of God.” Let us remember our battle is not against flesh and blood, but against the spiritual forces of darkness. Let us remember Christ overcame the Evil One, and though we fight for life alongside God, He has already won the ultimate battle. And, let us remember that through Him, we in the pro-life pregnancy help movement do make a difference.

We don’t often know the outcomes of decisions women (and couples) make, but at times God brings about those divine meetings. That’s just what He did in Casper, Wyoming, last week.