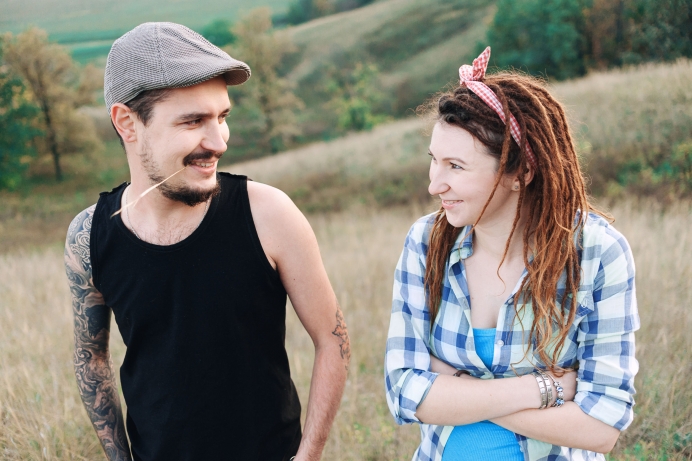 Imagine standing on the shores of a dark, stormy sea. As you peer over perilous waters, you hear voices cry out. Horrified, you realize people are struggling out there in the tempest, about to sink beneath the angry waves.

Suddenly a rescue boat appears. Workers make their way quickly to the victims, tossing life preservers toward them. The boat makes its way back to shore.

At first you feel relief—but then you realize something is wrong. Only a few people disembark. The rescuers shake their heads, muttering, “They just don’t grab the life preservers anymore. How are we supposed to help them?”

And then you hear them—a multitude still crying out, fighting to keep their heads above the dark waters.

Here’s the point of the illustration: we live in a day and age of unprecedented sexual brokenness. The only world our youth have ever known is a world of legalized abortion, homosexual marriage, common divorce and cohabitation, as well as gender confusion. They are indoctrinated that “not judging” others means it’s wrong to say that some behaviors are sinful.

This is the world’s religion, where sex is god. This is where sexual “liberation” has taken us. And a generation cries out, drowning in a raging sea of life-and-soul-threatening choices.

Before we attempt a rescue, though, we need to know something about that sea. We need to discover why people don’t always trust the methods we may want to use to help them.

We must understand their frame of reference before we can speak into their lives.

This is where it’s so helpful to volunteer or work at a pregnancy help center. Our thorough training helps us understand culture so we can minister effectively to those whose idea of “normal” is anything but.

“Today’s sexual landscape is chaotic and bewildering. In the name of freedom, we’ve opened the door to a kind of sexual feeding frenzy that leaves victims strewn in its wake.

College students come to PRCs for pregnancy tests shortly after they land on campus as freshmen, or six weeks after attending the latest sex educator’s lecture, or after a weekend hookup with a friend-with-benefits (a relationship based on casual sex with no strings attached). A teenage girl goes to a party, gets so drunk she passes out, and later has no idea which of the boys who raped her is the father of her baby.

… Of course, unplanned pregnancies often result from the mess and heartache of using sex as a meaningless commodity. Abortion presents itself as the answer to this dilemma. Many times, the issue is that the baby’s father is the “wrong guy,” because the mother was involved with two or more men around the same time and fears being found out.”

Things have changed drastically, even in the last few years.

Last month, I had the privilege of addressing ReGenerate, an on-campus student ministry at our local state college, on the topic of “Stewarding Your Sacred Human Sexuality."

The ministry leaders had told me beforehand that one student had just become a Christian two weeks before after living in homosexual sin. Another female student was struggling with same-sex temptation as well.  A number of girls in the group had been sexually abused.  Other students had been wounded by the shame that comes from a toxic mix of living outside God’s plan for our sexuality and encountering Christians seemingly more interested in record-keeping than forgiveness.

I could have simply reminded these students about God’s moral boundaries concerning sex, and then invited them to sign abstinence pledge cards, but that would have been inadequate at best, and harmful at worst.

Tweet This: Where the #prolife message always needs to lead us. @SusanneMaynes

As young singles navigating a war zone, they needed the hope of the gospel as it applies to their sexuality.

They needed conversion, not merely to heterosexuality or abstinence, but to total belief, trust and obedience to Christ in every area of life, including their sexuality.

The message these students needed was a biblically sound, logical, hopeful message about stewarding their sexuality—a message including God’s moral boundaries, but also His grace for those who have transgressed those boundaries.

So I apologized for the church’s mixed message about sex, and assured the students that sex is one of God’s very best gifts—a gift He wants them to look forward to and enjoy for a lifetime. I talked about their value as image-bearers of God. I described sex as a treasure worth guarding.

I explained the brain science behind bonding hormones, and how God wired humans this way so that married couples can stick together for a lifetime—but that this ability is impaired when used improperly. I described the emotional, relational and spiritual benefits of sex within a marriage covenant, and the serious damage done by sex outside of marriage.

I told them the real definition of “unprotected sex” is sex outside of a marriage covenant.

Finally, I assured them Jesus takes fragmented hearts and makes them whole again.

The topic was heavy, but the students were engaged. A number of good discussions were prompted. To use our stormy sea analogy, these young people were grabbing life preservers and hanging on.

Here’s the thing: our rescue operations must be well-strategized. If we are to reach this post-truth generation, including Christians influenced by the world, we must gain their trust.

We must understand the pressure they face daily. We must ask good questions about their relationships, hopes and dreams. We must help them see how the gospel relates to human sexuality.

A multitude cries out from the dangerous waters of unrestrained sex. Will we toss them a simplistic message about rules and self-effort—or will we offer them the hope of the gospel?