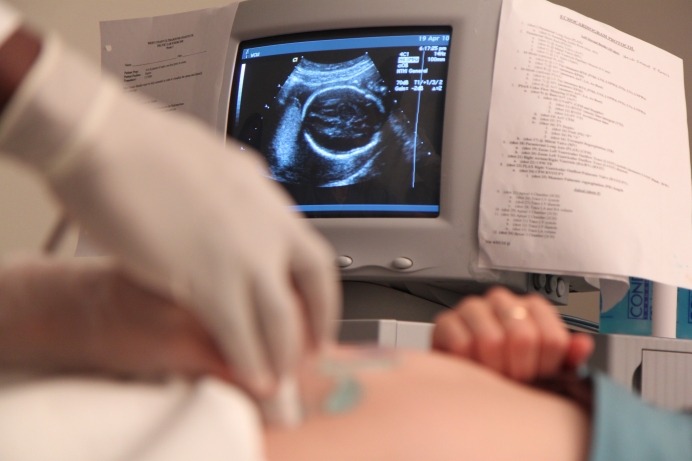 The Aloha State’s attempt to crack down on pro-life pregnancy centers by forcing them to advertise state taxpayer-funded abortions moved onto the Senate floor, after clearing its latest hurdle Thursday in Honolulu.

Passing the Ways and Means Committee on a 7-2 vote, the bill would mandate that Hawaii’s five community-funded pregnancy locations post a state-specified disclaimer on their websites, as well in their waiting rooms, telling clients where they can obtain an abortion and providing relevant contact information to abortion providers.

Pro-life individuals and organizations opposing the law are pointing to its infringement on the First Amendment’s guarantees of free speech and free religious exercise.

“The abortion lobby is wrongfully attacking Pregnancy Centers,” Monique Yamashita of Malama Pregnancy Center wrote in a testimony before the committee. “Forcing pregnancy resource centers to refer for abortion in any manner violates their First Amendment rights of the freedom of speech and freedom of religion. The state should not infringe their view on religious organizations and violate their First Amendment rights. Nor should the state waste tax payer dollars to defend unnecessary legislation.”

According to the bill’s current language, the disclosure would contain the following language, along with contact information:

Hawaii has public programs that provide immediate free or low-cost access to comprehensive family planning services including all FDA-approved methods of contraception, prenatal care, and abortion for eligible women.  To determine whether you qualify, contact the appropriate Med-QUEST division eligibility office.

As is the case with a parallel law in California, which went on the books in 2015 and is likely headed to the U.S. Supreme Court after being upheld by the 9th Circuit Court of Appeals—the most-reversed court in the nation—the Hawaii bill promises to punish pregnancy centers who refuse to comply with a $500 first-time offense, followed by $1,000 for any following offenses.

But the bill goes further in Hawaii, where the law allows for additional civil action to be taken up against the pregnancy centers. As is the case in all other such legislative efforts, no parallel requirement is being considered for abortion clinics to advise their patients of life-affirming options.

Laurie Field, legislative director for Planned Parenthood Northwest and Hawaii—which is currently suing an Idaho pregnancy center over use of a shared parking lot—wrote to the committee in favor of the legislation, as did the LGBT Caucus of the Democratic Party of Hawaii.

“Because of the political nature of this issue, supporters of this bill are painting a grim picture of pregnancy centers,” Chris Jimenez, administrative pastor for Calvary Chapel Pearl Harbor, wrote. “I challenge every legislator to come visit A Place for Women in Waipio. Take a tour. See what we do for the women in our community. Check out our processes and procedures firsthand, instead of relying the testimony of organizations with a financial motivation to disparage pregnancy centers.”

With its built-in civil threat to pregnancy centers who refuse to bow to the state’s demands, the Hawaii law bears similarity to a 2016 change in Illinois’ Healthcare Right of Conscience Act that forces pro-life medicos of all stripes—including staff at pregnancy centers—to materially refer for abortion and counsel their patients as to the so-called “benefits” of abortion.

An Illinois judge has granted a preliminary injunction on behalf of three pregnancy centers, while another 18 pregnancy centers are in the process of seeking relief from the law, which was signed into effect by Republican Gov. Bruce Rauner.

Jor-El Godsey, president of Heartbeat International—which has affiliates in all three states—has urged pregnancy help centers and medical clinics in Illinois to refuse compliance, but has stopped short of doing the same for California, where the issue of referral for abortion services is less direct than its Illinois counterpart.

“Hawaii’s pregnancy help organizations are delivering caring, compassionate help for women and families at absolutely zero cost to the state’s taxpayers,” Godsey said. “No woman should ever feel so alone or trapped that she feels abortion is her only option, but this is exactly the situation laws like these create. Every woman deserves to have all the information she needs to make the healthiest choice for everyone involved in an unexpected pregnancy.”

While at least one state—Connecticut—is also considering attacking the free speech and religious liberty rights of pro-lifers involved in pregnancy help work, the strategy has failed repeatedly at the local level.

No date has yet been announced for the floor hearing on the bill.