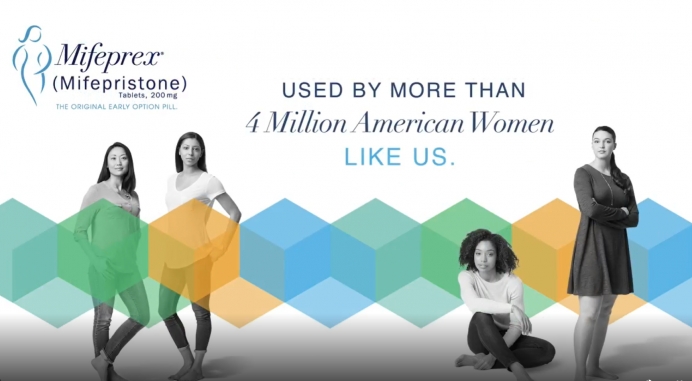 "The authors of a new study continue promulgating misleading information about the real risks of the abortion pill regimen, instead of emphasizing the safety of using progesterone to try to reverse Mifeprex's effects"

The authors of a halted abortion pill study have misrepresented their findings, abortion pill reversal, and also the very real risks posed to women by chemical abortion, two scholars say in a new article.

"If you have read the headlines about a recent abortion pill study led by Dr. Mitchell Creinin, you would think the attempted reversal of abortion was to blame for some horrific outcomes," they state. "The truth is the opposite."

"Blaming women’s injuries on the reversal process, rather than on the abortion pills themselves, is how pro-abortion researchers are spinning the results," they say. "In a predictably biased attempt to play the American public — especially women — pro-abortion researchers peddled their side of the story and found a willing audience in many media outlets."

Pro-life supporters have cried foul about the recently published study, its abortion-friendly authors and backers, and its presentation in the media. The study results, pro-life advocates say, prove that the abortion pill carries risks.

The study was called off after some of the women taking part experienced serious hemorrhaging, though none were among those taking progesterone, the FDA-approved medication used in the Abortion Pill Reversal protocol.

Tara Sander Lee, a biochemistry Ph.D., and the Charlotte Lozier Institute's director of Life Sciences, and Dr. Michael Valley,  a board certified Ob/Gyn in Minnesota, shed effective light on Creinin's, "Mifepristone Antagonization With Progesterone to Prevent Medical Abortion," and the media's handling of it in a column for The Federalist.

After listing a few examples of the media coverage favorable toward the pro-abortion slant of the released study results, Sander Lee and Valley, state:

"If this sounds like “fake news,” that’s because it is."

The authors explain the two-pill process for chemical abortion (mifepristone/Mifeprex/RU-486), and how abortion pill reversal works to counter the action of the first abortion pill by returning progesterone - the natural hormone that sustains healthy pregnancy - to the mother's system.

They then walk through study specifics, noting:

"The study was ended not because of attempted abortion pill (Mifeprex) reversal landing women in the hospital, but because of severe hemorrhaging in the women who did not take progesterone, the reversal medication. In fact, two out of five, or 40 percent, of women who took Mifeprex alone, and did not take progesterone, required emergency surgery, and one required a transfusion."

The other woman in the study who bled had taken progesterone after taking the Mifeprex, they point out, however the woman's bleeding stopped by itself and she did not need surgery. Further, there is no evidence that the woman needed to be seen in the ER.

"The researchers, who were forced to end the trial due to safety concerns, failed to admit those concerns were not in the patients who took progesterone, only the patients who did not," they state, "resulting in misleading media reports and scientific deceit."

After analyzing the study's findings and citing the abortion pill's risks - "serious and sometimes fatal infections, excessive bleeding, and incomplete abortion requiring emergency surgery" -  the column authors explain that the abortion pill study authors and most media reporting on the study "attempt to mislead the public into believing that any attempt to reverse the abortion pill’s effect could be potentially more dangerous to the mother."

Tweet This: Rather than focus on the fact the abortion pill has serious risks, study authors and those reporting on it attempt to mislead the public

Sander Lee and Valley also say that Creinin's study in fact demonstrates that the abortion pill has risks, pointing out that the abortion pill is part of the FDA’s Risk Evaluation and Mitigation Strategy (REMS), which the FDA describes as a program required “for certain medications with serious safety concerns to help ensure the benefits of the medication outweigh its risks.”

"Women deserve the truth about the potentially serious side effects of the abortion pill — from doctors, scientists, and the media," they conclude.

Tweet This: "Women deserve the truth about the potentially serious side effects of the abortion pill — from doctors, scientists, and the media"

Read the full column from Sander Lee and Valley at The Federalist HERE.