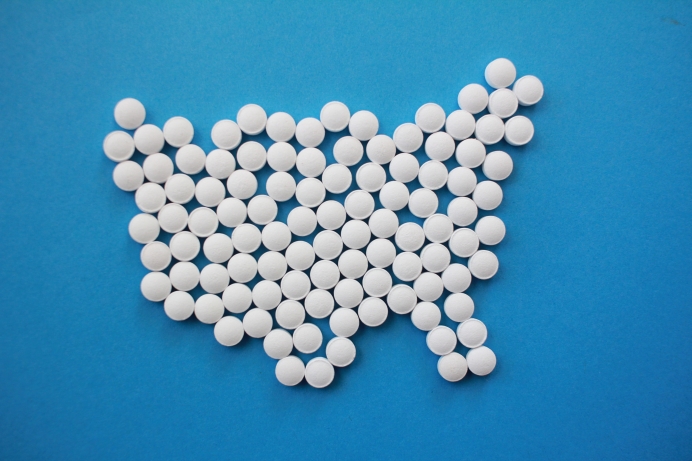 Pro-abortion researchers would rather misinform women about the danger of the abortion pill than safeguard them from its risks, a scholar with the Charlotte Lozier Institute (CLI) says, and their terminated study of Abortion Pill Reversal only further proves the "serious life-threatening risks" of taking the abortion pill.

“Instead of focusing on the facts that the abortion pill is dangerous, the attempt here is to mislead the public into believing that any attempt to reverse the abortion pill and delay killing the baby could be potentially more dangerous to the mother," CLI Senior Fellow and Director of Life Sciences Dr. Tara Sander Lee said.

Tweet This: “Instead of focusing on the facts that the abortion pill is dangerous, the attempt here is to mislead the public ..."

Researchers from the University of California, Davis stopped a study of Abortion Pill Reversal (APR) in July, media reports have said, after three of 12 women enrolled in the study experienced severe vaginal bleeding and needed ambulance transport to the hospital. The collective coverage is fueling pro-abortion claims that APR is flawed and unsupported by science.

However, "their study did show that a [fetal] heartbeat was detected at the first follow-up visit in 80 percent of women who attempted to reverse the abortion pill," Sander Lee said.

The news reports further say the study results also indicate that APR could cause harm, but CLI said in a statement that it's a known fact that the abortion drug can cause severe bleeding.

The results of the trial were published last Thursday in the journal Obstetrics and Gynecology.

The women in the UC Davis study were given mifepristone, the first of two pills in the chemical abortion process.

The chemical mifepristone blocks the effects of progesterone, the natural hormone in a pregnant mother's body necessary for her pregnancy to thrive. In blocking the progesterone, the abortion drug causes the uterine lining to break down and the placenta to begin to fail, in effect starving the baby of oxygen and nutrients.

To complete the chemical abortion, the second chemical, misoprostol, is taken one to two days later, causing the mother to deliver her deceased baby.

The Abortion Pill Reversal protocol works by giving the mother extra progesterone up to 72 hours after she takes the first chemical abortion drug.

The 12 women in the UC Davis study were randomly assigned either a placebo or progesterone. The researchers had reportedly intended to enroll 40 women in the study, according to NPR, but stopped the study after deciding the risk was too great to continue, the report saying "the results raise concerns about the safety of using mifepristone without taking misoprostol."

CLI disputed this assertion in its statement.

“Long before this study was published, it was a known fact that Mifeprex (a brand of mifepristone) can cause serious and sometimes fatal infections, excessive bleeding, and incomplete termination requiring follow-up surgery," Sander Lee said. "This study does nothing but further prove these serious, life-threatening risks when taking the abortion pill."

Tweet This: "This study does nothing but further prove these serious, life-threatening risks when taking the abortion pill"

“The study was ended early because of severe hemorrhage in 25% (3 out of 12) of women, requiring emergency ambulatory care, because they took the abortion pill," she said. "Even the authors highlight that this is a rate much higher (42% higher) than previously reported. In fact, the bleeding was so bad for one woman, described as ‘significant brisk bleeding,’ that she needed a blood transfusion. She also developed hypotension and tachycardia."

“Of the three women that required ambulatory care, two had received a placebo and one had taken progesterone," Sander Lee said. "And in fact, both women who hemorrhaged while on placebo required emergency surgical aspiration, but the woman on progesterone did not require any additional intervention.”

Heartbeat International, which manages Pregnancy Help News, also manages the Abortion Pill Reversal Network (APRN), a 24/7-365 provider network of more than 800 clinicians that provide the APR protocol, which was developed by physicians George Delgado and Matt Harrison more than a decade ago. The treatment is a new application of an FDA-approved progesterone treatment used beginning in the 1950s to stop miscarriages.

The APRN reports more than 900 babies saved to date.

As the number of saved lives rises, so do the instances of push-back against the APR protocol by pro-abortion factions.

As of June, nine U.S. states have enacted informed consent laws related to APR, according to the National Right to Life Committee (NRLC). These laws require abortion providers to inform a woman prior to or soon after the first step of the chemical abortion process that if she changes her mind, it may be possible to reverse the effects of the chemical abortion, but that time is of the essence. Five of the laws were signed in the past year. A number of other states are considering similar legislation. The laws in some states are not in effect pending legal challenges, including North Dakota, whose informed consent law is being challenged by the American Medical Association (AMA).

As president for CLI, the research and education arm of Susan B. Anthony List, Chuck Donovan weighed in on the issue as well.

“Because of these serious risks to women, the FDA must more tightly regulate the dangerous abortion pill use and keep Mifeprex on the REMS (Risk Evaluation and Mitigation Strategy) list,” he said.

CLI's statement went on to say that its experts had previously criticized flawed research purporting to show that self-administered, self-reported chemical abortions are not dangerous women.

It also linked to AbortionDrugFacts.com, new website developed with input from CLI’s team of experts and pro-life partners. The site provides women needed information for them to protect their health and safety before going through a chemical abortion. This will foster a second chance to change their mind after initiating a chemical abortion, or help them recover from the trauma they may already have experienced as a result of taking abortion drugs. The site provides women who have been hurt by the abortion pill an opportunity to share their story and/or make a confidential report to the FDA.