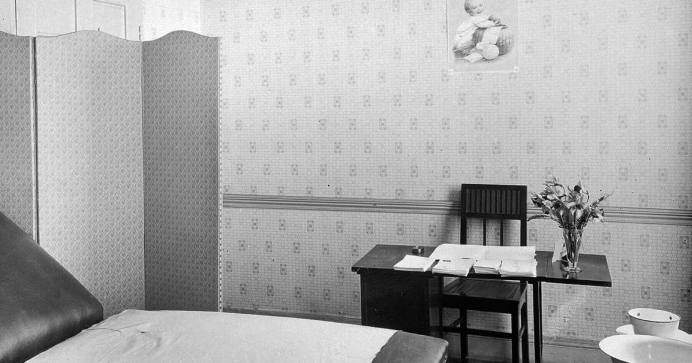 (Right to Life UK) Abortion provider, Marie Stopes International, has changed its name to hide their association with eugenicist and Nazi-sympathiser, Marie Stopes.

The abortion provider will now be known as MSI Reproductive Choices.

Marie Stopes herself was a member of the Eugenics Society and set up Britain’s first clinic in 1921 because of her belief that the “degenerate, feeble-minded, and unbalanced” should be eliminated from society. She went so far as to call for the compulsory sterilisation of those “totally unfit for parenthood”.

Marie Stopes’ views on eugenics were also infamously shared by the Nazis in Germany, and in 1935 she attended a conference in Berlin to promote ‘population science’. She was even an admirer for Hitler to whom, in 1939, she sent a book of her poems with a letter enclosed saying: “Dear Herr Hitler, love is the greatest thing in the world”.

She also fell out with her only son because he married someone who was short-sighted and sent a letter to a deaf father who had four deaf children, telling him that he had brought ‘more misery… into the world’. Despite Marie Stopes’ views being known for decades, the abortion provider has used her name since 1976.

While continuing to perform millions of abortions across the globe and receiving over £340 million from the British tax payer over the last ten years, the abortion provider, MSI Reproductive Choices, continues to be surrounded by scandal.

In October 2020, the bodies of ten illegally aborted babies were found discarded and decomposing in a bin at a Marie Stopes International franchise ‘Medical Centre’ in Kenya resulting in the closure of the clinic.

In addition, the CQC found the abortion group was not following proper sterilisation and infection control protocols and was improperly disposing of the bodies of the babies they aborted.

In 2016, Marie Stopes International was forced to suspend abortion services for a month after an unannounced inspection by the CQC found “dead foetuses lying in an open bin and staff trying to give a vulnerable, visibly distressed woman an abortion without her consent”.

Right To Life UK’s spokesperson, Catherine Robinson, said: “This change in name is deeply disingenuous. The eugenic abortion of babies with disabilities continues to be perfectly consistent with MSI’s principles, and remains a form of discrimination against those with disabilities, or as Stopes herself called them, the ‘degenerate, feeble-minded, and unbalanced’.

“A change in name does not change the reality of what Marie Stopes stood for, nor does it change the reality of what MSI Reproductive Choices stands for today.
“Marie Stopes’ abhorrent views have been known for almost a century and they were just as vile then as they are now. MSI knew her views and despite their change in name, was and is happy to be part of her dark legacy.”