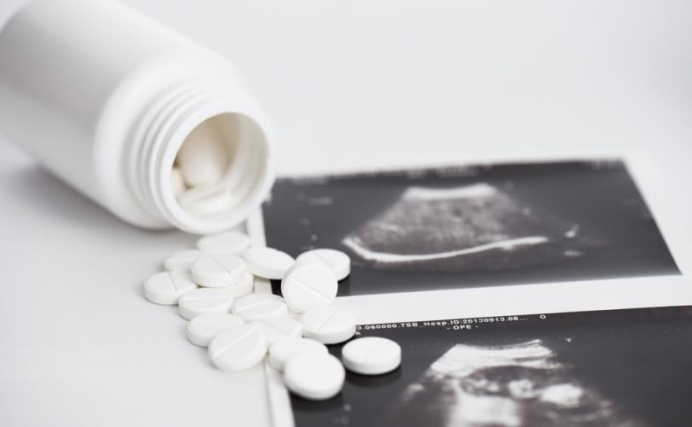 As abortion pill use rises, pregnancy centers can combat trend

Two recent reports released by Heartbeat International indicate a significant rise in the percentage of abortions done via chemical means: the abortion pill.

Heartbeat’s 2020 Life Trends Report shows the percentage of women using the abortion pill is steadily increasing, from 40 percent just a few years ago to more than 50 percent today.

Additionally, a new report written by Christa Brown, director of Medical Impact for Heartbeat, shows why. In her paper, “How Chemical Abortion is Changing: What You Need to Know,” Brown states, “… [the abortion pill] is often promised to be ‘less invasive,’ advertised by abortion providers as ‘more natural,’ and promoted as ‘an abortion in the privacy of your own home.’”

Every year, abortion providers lure women with the lies of ease – take it and forget it. Hundreds of thousands of women don’t know the abortion pill can create physical and emotional side-effects because they are either not told or the effects are downplayed.

However, stories like Kristen’s and Kay’s show that the abortion pill, comprised of the drugs Mifeprex and Misoprostol, is not ‘the easy way out’ that is touted.

Yet, every day vulnerable and desperate women are bombarded with misinformation about abortion, especially the abortion pill. Especially online.

Brown’s article indicates abortion clinics are not the only place women can get these drugs. “In 2017, nearly half (47%) were provided at nonspecialized clinics offering a broader range of health care services or at physicians’ offices,” she writes.

Additionally, websites and media outlets promote dispensing abortion pills by mail, and women are ordering these drugs. According to a July 2021 Politico article, one website’s request for abortion pills “jumped 27 percent from March 20 to April 11 last year…”

The Charlotte Lozier Institute released a report in 2018 about online sales of Mifeprex and Misoprostol for the purpose of DIY or at-home abortion. Their findings are shocking: 72 unique websites sell the abortion pill, 30 of which were abortion pill-focused and 42 were online pharmacy sites.

These discoveries are especially disturbing since the Federal Food and Drug Administration (FDA) at that time did not permit these drugs to be sent through the mail; such action was illegal. Sadly, earlier this year, the FDA relaxed its rules, thereby putting women at greater risk not only at their own hands, but also exposing them to potential harm by others.

For example, there has been more than one case of men ordering abortion pills and slipping the drugs into their pregnant partners’ drinks.

There is also the potential for not receiving ‘the right drugs’ – without oversight by a licensed physician, a woman cannot truly know what type of medication, or how much of that drug, is in the pills she orders and takes.

Additionally, complications, such as excessive bleeding, infection, missed ectopic pregnancy, and incomplete abortion, have been known to occur.

In 2019, Dr. Ingrid Skop, M.D., wrote an extensive article in the Journal of American Physicians and Surgeons regarding chemical abortion. She points out various studies that show the rate of complications for medical abortions is four times higher than that of surgical abortions. Additionally, a woman may suspect she is six to seven weeks pregnant, but without the determination of gestational age via ultrasound, she may be 12, 15, or even 18 weeks pregnant. As we know, chemical abortion is only ‘recommended’ for women who are 10 weeks or less.

Dr. Skop recognizes these concerns and others, including men attempting to kill the unborn child.

“Potential for misuse and coercion is high when there is no way to verify who is consuming the medication and whether she is doing so willingly. Sex traffickers, incestuous abusers, and coercive boyfriends will all welcome more easily available medical abortion,” she writes.

All these dangerous risks are rarely talked about. Therefore, women aren’t likely to know the potential harm, physically, emotionally, or spiritually, from a chemical abortion.

Pregnancy resource centers are the truth-tellers.

Tweet This: Every day vulnerable/desperate women are bombarded w/misinformation about the abortion pill-Pregnancy resource centers are the truth-tellers

I work at True Care Women’s Resource Center in Casper, Wyoming. We recently took steps to address the misinformation and lack of information regarding chemical abortion.

We updated our patient website to inform women of the possible risks from the abortion pill. We also created an in-house pamphlet regarding those potential physical side-effects. Both endeavors are based on information from the Mayo Clinic, a credible source of medical information, and the educational text was approved by our medical director. We also created an informational brochure on the possible emotional risks from having an abortion.

Other centers have made similar steps, including blog posts about abortion. Those that haven’t can.

The battle for life continues to rage. With states like Iowa and Indiana experiencing increases in the number of abortions performed, websites like Aid Access mailing abortion pills to women, and the FDA’s recent relaxation of chemical abortion drug rules, those of us in the pregnancy help ministry need to continue standing on the front lines. We can combat abortion proponents’ misleading of women, but we must use weapons of credibility and compassion.