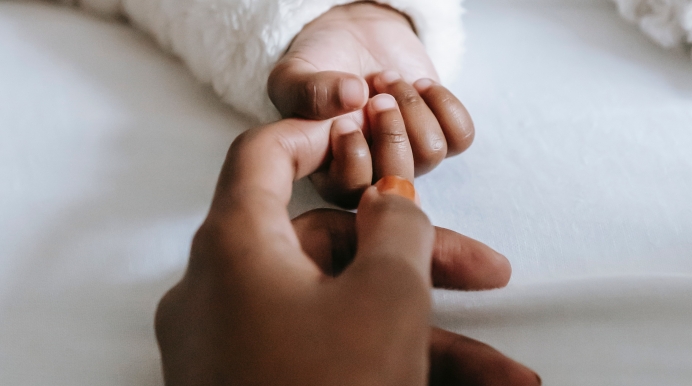 Simone Biles says she’s "very much pro-choice” – But what is that choice?

Walden wrote, “In the Pregnancy Help Community, we carry this idea of Potential with us into every encounter. While we understand that some children waiting to be born are about to enter our world in extremely challenging circumstances, we choose to see each and every child as one carrying both Potential and intrinsic value. Every one.”

Tweet This: In the pregnancy help community, we carry the idea of potential with us into every encounter.

In another 2016 article for PHN, Jay Hobbs also included Biles’s story in commentary about a pro-life call to “grave robbery.”

Hobbs noted, “At an adoption agency, the next Simone Biles is entrusted into the care of a ‘forever home.’ What clearer picture is there to demonstrate the God who not only robs the grave, but adopts the previously ‘unwanted ones’ like you and I into His family forever?”

PHN is not the only pro-life publication that has cited Biles’s story as a legacy which highlights overcoming poverty and death through foster care and adoption.

The Catholic News Agency (CNA) has featured her as well, given Biles is Catholic. So, imagine the potential discouragement throughout the pro-life community and Church created by Biles’ declaration this week of her ‘pro-choice’ viewpoint.

Biles had stated on Instagram that she was “very much pro-choice” in response to a follower saying “abortion is wrong” following Biles’ invitation for unpopular opinions on the thread. The gymnast would go on to criticize the foster system and the cost of adoption to make her case, even parroting the pro-abortion talking point, “your body-your choice.”

Previously, a CNA article had stated, “Biles has spoken about her Catholic faith in the past, and she keeps a rosary in her gymnastics bag and prays prior to competitions. She says she lights a candle to St. Sebastian, the patron saint of athletes, prior to competition.”

CNA now had to report on Biles’s ‘very much pro-choice’ stance (also in conflict with Church teaching) as announced via her social media posts.

But just what is “the way” to which this leads?

“Simone Biles just announced on Instagram that she is very ‘pro-choice’ because ‘the foster care system is broken,’” Rose stated.

“Incredibly sad and awful. To have overcome a broken system as triumphantly as she has—yet wish death for other kids bc (because) they may face foster care is beyond fathoming,” Rose concluded.

The issues within the foster care system and the cost of adoption are not justifications for abortion, rather, they should make us fight all the more for the right to life. Bile’s overcoming the odds and achieving her success give perfect example of the worth of her life and every other life at risk from abortion.

Walden wrote for PHN in 2016, “When a child is conceived, a choice is upon us. We can choose to see only simply numbers, statistics or—in the case of the abortion industry—an opportunity for a quick profit. Or, we can choose the ‘Simone Perspective’ and see Potential.”

“Somehow, I believe if we always chose Potential, we would be better off. And perhaps, stories like Simone’s would be more common than we can imagine,” he concluded.

Rose followed up in a later tweet where she ran down a list of broken and cruel thoughts from the modern mindset:

“My life can overcome great odds but others’ can’t. Born people deserve to live but not little unborn people. Foster care and adoption can be broken so let’s support killing off would be adoptees before birth.”

Abby Johnson was previously employed by Planned Parenthood, where she was confronted with the “choice” she once supported and defended. What she witnessed inside the abortion clinic changed her opinion and her life.

“I'm not surprised,” Johnson stated to PHN. “She's part of the generation that only knows legalized abortion.”

Johnson, who also founded And Then There Were None to help abortion workers transition out of the industry, added, “I never expect any public figure to be anything but pro-abortion. Most of them don't have the guts to be countercultural.”

DO NOT misconstrue my words. That is not at all what I implied. I did NOT say I support to abort rather than to put them through the foster care system. What I did imply is that you should not control someone elses body/decision. Let’s be real what you care about is control… https://t.co/IWVz0ydpXi

Biles returned to Twitter because she believed her earlier statements were “misconstrued” and individuals were twisting her comments.

"DO NOT misconstrue my words. That is not at all what I implied. I did NOT say I support to abort rather than to put them through the foster care system,” she tweeted.

“What I did imply is that you should not control someone elses body/decision. Let’s be real what you care about is control…”

"I have forever & will continue to support foster kids. AS I WAS ONE. I’ve been an advocate for foster kids and the system but you wouldn’t know that because you don’t follow me, you just like to open your mouth,” she concluded.

I’m glad Biles has advocated for kids in foster care. I wish she had a better understanding of the pro-life stance and why those who espouse it oppose abortion – that it’s not about controlling women, rather helping them and their children.

Sincere question—what is the choice Biles was stating she supports?

Chris Alexis recently reported for PHN on an aborted child discarded in a dumpster.

Alexis wrote, “The child’s body was largely dismembered, although his or her left leg, left foot and right hand were fully intact.”

Was this discarded child part of a woman’s body? It was clear to the individual who found the baby’s remains and those who have subsequently seen photos that this was an unborn baby.

Most aborted children don’t have their end in a dumpster behind an abortion facility. But their end is no less tragic and the result the same; a deceased child, and woman left without her child for the duration of her life.

Is this the “choice” Biles is talking about?

Editor's note: This article has been updated.