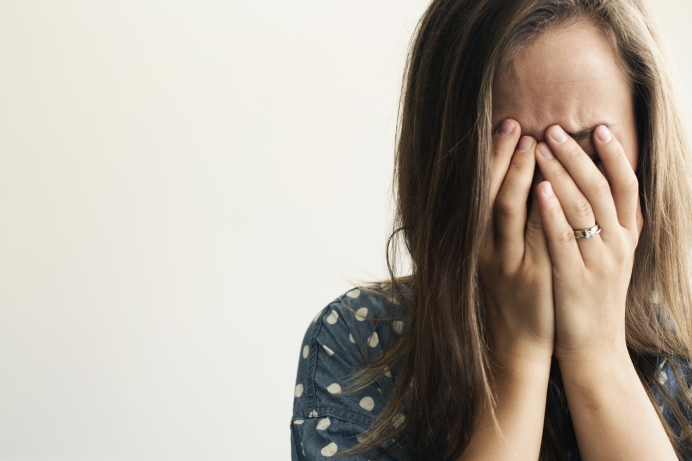 3 Ridiculous-Yet-Illuminating Arguments Pro-Aborts Made This Week

After wading through a mystifying haze of disorienting euphemisms and dishonest doublespeak the past 50 years, it seems we're closer than ever to having an honest conversation about abortion in America.

And whether you attribute it to the new Age of Trump or a continued butterfly effect brought on by Chicago Cubs’ 2016 World Series title, the abortion industry that thrives in half-truths and whole-lies is perhaps more vulnerable than ever.

Speculation aside, one of the primary reasons that is has to do with the increasing amount of light being shed on the dark practice every day.

Abortion, as a life-depriving work of darkness, needs darkness in order to survive. Shed a little light—whether through hidden camera, congressional investigation, better options, or a phone call or two—and the abortion industry scurries like an old-school photographer developing a batch of his latest work.

Or, if you prefer, like a horde of cockroaches when the kitchen lights turn on.

Take away darkness, and this is no longer a fair fight. Thankfully for pro-lifers—and more importantly, for the women, babies and families we serve—the abortion industry hasn’t quite caught onto its own need for darkness. The lights are turning on and the fog is lifting. And the best part is, the abortion industry and its fans on the left are doing much more light-shedding than they can possibly realize.

Here’s three times, just this week, where pro-aborts have taken the flashlight to their own dark deeds:

One thing abortion advocates cannot and will not tolerate is the word, “baby” attributed to a child prior to birth. As with personhood, “baby-hood” only occurs after a blob of tissue has managed to break through the womb and draw his or her first breath. (Of course, even this is debatable to some, most prominently Princeton ethicist Peter Singer, who argues for an extended waiting period of several weeks before deciding if an already-born baby is worth not killing, but that’s a story for another day.)

Arguing against a Utah bill that would force the state’s abortion providers to provide information on the Abortion Pill Reversal process (a.k.a. “informed consent,” more on that below), the Democratic house minority leader, Brian King of Salt Lake City, took upon himself the Herculean task of differentiating between a “child” and a “baby.”

As captured by The Salt Lake Tribune, King—a man who, just to be clear, does not have a uterus—told his fellow legislators that understanding the difference between “an unborn child” and a “baby” is his litmus test for legislative credibility.

King also started a minor brouhaha when he said he is tired of some lawmakers who contend that abortion is "killing babies."

He said, "What we are talking about are zygotes and fetuses and embryos. …. When I hear an individual refer to an unborn child as a baby, I know immediately they are not to be taken seriously."

Before you brush that off as a looney comment by someone on The View, keep in mind, this is an elected legislator in Utah, of all places. King is fine, apparently, if you talk about abortion in the impersonal terms of zygotes and fetuses and embryos, but he’s got no more time for you if you call—in his words—“an unborn child” a “baby.”

Tweet This: If there's a difference between an "unborn child" and a "baby," what is it, @RepBrianKing? #prolife

Now to a credible source that deserves to be taken seriously. On March 1, BuzzFeed ran an article entitled, "States Are Requiring Doctors To Tell Women About An Unproven Procedure Called 'Abortion Reversal,’” which is a strange enough title considering there have been well over 200 documented cases where women have saved their babies through the process after having taken the first of two doses in the abortion pill regimen. (Two of those success stories are here and here.)

Of course, none of that information appears in the BuzzFeed report, but what does are quotes from two professors at the radically pro-abortion (and deep-pocketed) UC San Francisco, assuring readers that information is the enemy of, well, informed consent:

“People make informed decisions in their own pregnancies,” said [Jill Adams, executive director of the Center on Reproductive Rights and Justice at UC Berkeley]. “They don’t need more time, they don’t need ultrasounds, they don’t need lies about health risks, and they don’t need outs like [Abortion Pill Reversal] to save them from their own decisions. They need safe, reliable healthcare that is private.”

In other words, let’s rush into an irreversible decision, deny even the possibility of reversibility, and provide no option besides abortion. In the meantime, let’s question the validity of even noncontroversial tools like ultrasounds in the decision-making process.

Doesn’t sound very “scientific” or “pro-choice” to me, Professor. Then again, it was only a few minutes ago I learned there’s a difference between a little tiny child and a baby.

3. “Bucking the Trend” of Biology

Speaking of credible sources, our friends at Rewire.com—formerly known as “RH Reality Check” before abandoning reality altogether—published a story touting a legislative effort in California to introduce a pro-abortion license plate to the state, with funds heading to Planned Parenthood.

The effort—which any Californian can tell you is doomed from the start since in involves the DMV—would mimic the approach pioneered by pro-lifer Russ Amerling, who started the “Choose Life” plates in 1996. Now reaching into 29 states and the District of Columbia, Choose Life plates have generated over $21 million for pregnancy help centers, maternity homes and nonprofit adoption agencies since they first became available in 2000.

Just like the Choose Life plates, pro-abortion drivers would have the option to purchase a “California Trusts Women” plate. That alone should come as welcome news to abortion advocates who have fought the constitutionality of a virtually identical program all the way to the U.S. Supreme Court.

With that background, it’s interesting to note that the writer, Nicole Knight, hails the Trust Women plates as “bucking the trend” of Choose Life plates throughout the country.

Apparently, the pro-abortion left is also intent on “bucking the trend” of biology, where only women can get pregnant. To say otherwise is to be found among the “fake clinics that lie to pregnant people.”

In that case, count me among the liars. There’s way more light over here anyway.