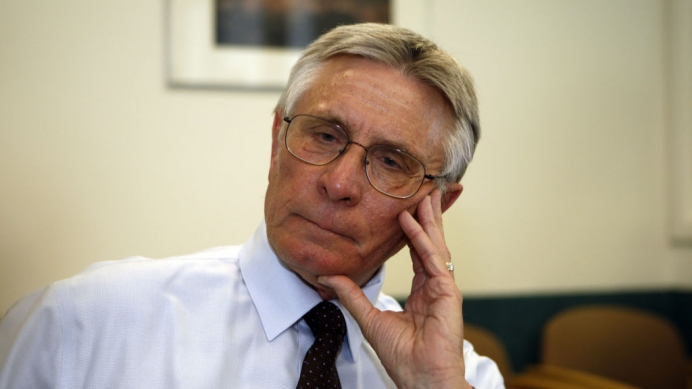 Late-Term Abortionist: No “Babies are born alive at my office”

One of the most infamous abortion practitioners in the U.S. is pleading the Fifth Amendment—but not before he puts in his two cents.

Instructed to hand over documents as part of the U.S. house’s Selective Investigative Panel’s ongoing investigation into the abortion industry, late-term abortion practitioner Warren Hern instead sent a scorching letter dated Nov. 16 to the panel and its chairperson, Rep. Marsha Blackburn (R-TN).

Hern, who has been in business since 1973—and who is currently being sued for malpractice in the case of one woman whose 2013 botched abortion in his clinic left her needing a hysterectomy—called the panel’s current investigation into the abortion industry’s illegal practice of profiting from the sale of body parts harvested from aborted babies a “witch hunt.”

Hern compared the the investigation, which stems from a three-year undercover video investigation released by the Center for Medical Progress made public in 2015, to the Spanish Inquisition and McCarthyism, lambasting Rep. Blackburn for not referencing his professional titles in her request for information before calling her “a shameless coward.”

In his letter, Hern affirmed that his office has, indeed, supplied body parts harvested from aborted babies, but denied doing so for profit.

Though he refused to back up his claim by supplying the requested documents, an undercover interview with Dr. Mary Gatter—then Planned Parenthood’s Medical Directors’ Council President—showed Gatter haggling over prices for specific body parts in direct violation of federal law.

“Fetal tissue research has been conducted in medical laboratories for decades, and this has resulted in medical progress helping millions of people,” Hern wrote. “Your vicious, mindless attacks on this research and those who have assisted with it betray your medieval, ignorant, anti-scientific attitudes that present a real and present danger to our society.”

Gatter had a different take, to say the least, during a meeting where she was negotiating prices for body parts harvested from aborted babies. Making clear she was not in the conversation to low-ball, Gatter famously blurted out, "I want a Lamborghini."

Hern also lashed out against the panel’s request of information regarding infants born alive at abortion clinics. Legislation such as the 2002 federal Born-Alive Infants Protection Act—and a parallel state-level legislation in Illinois between 2001 and 2003 which President Barack Obama voted against as a state senator—are in place to keep late-term abortion practitioners from killing or allowing a baby to die who has survived an abortion attempt.

Survivors of such abortion attempts include prominent pro-life speakers Gianna Jessen and Melissa Ohden, the latter of whom founded the Abortion Survivors Network, which gives other abortion survivors a platform to share their stories.

Jill Stanek, a registered nurse who now serves as the National Campaign Chair for the Susan B. Anthony List, began her career as a pro-life advocate shortly after having witnessed pre-term, but viable newborns die in an Illinois hospital after they survived failed abortion attempts.

This, Hern says, is “unfounded fantasy” and “anti-abortion pornography.”

“It does not happen,” Hern wrote to the panel. “My patients request my assistance in helping them terminate a pregnancy safely so that a live birth does not occur, and there are no exceptions to this outcome. Your demand displays a total ignorance of the medical and surgical procedures that take place in my office and in other clinic or hospital-based abortion services.”

Earlier in the letter—after arguing the American Revolution was fought to keep the government from interfering in abortion businesses such as his—Hern noted one of the underlying premises of the “demands of records from me” was, “Babies are born alive at my office.”

The assumption that babies are born alive under Hern’s watch is “outrageous and preposterous” as well as “patently false,” he asserted.

Hern, author of “Abortion Practice,” which his website describes as “the first and only single-author medical textbook concerning abortion,” has won numerous awards from pro-abortion groups, including the National Abortion Federation’s 2002 Christopher Tietze Humanitarian Award.

He also played a key role in landing federal funding for the Rocky Mountain Planned Parenthood affiliate in the early 1970s. An administrator at that affiliate—Dr. Savita Ginde—was caught on tape by the Center for Medical Progress, discussing how to maximize profits from body parts harvested from aborted babies.

Rocky Mountain Planned Parenthood also settled out of court in 2015 in a lawsuit, after performing an abortion on a 13-year-old girl and failing to report her sexual abuser to authorities.