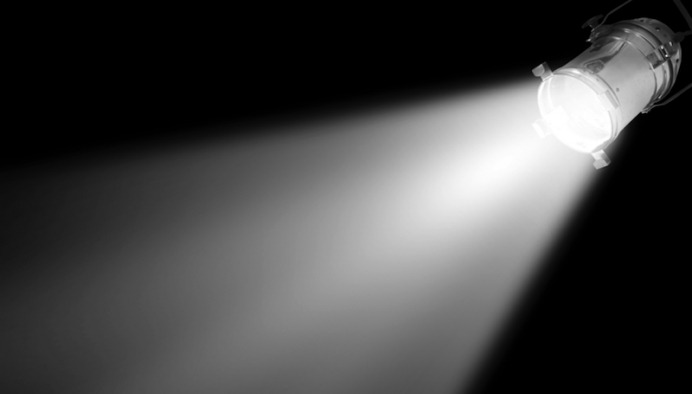 Want to Expose the Dark Work of Abortion Today? Here’s How.

“Take no part in the unfruitful works of darkness, but instead expose them.”
- Ephesians 5:11

While Christians may vary on all sorts of issues, we’re held together by one common claim: We, who were once actively “darkness”—part of the problem—have been shockingly made “light” through faith in the person and work of Jesus.

As God’s new creations, fashioned after the perfect image of our Creator and bought out of our slavery to sin, we who were once defined by our wicked rebellion and lethal independence from God have now been brought near by the blood of Christ.

With a new identity, which the Apostle Paul describes all throughout his letters, comes a new mission—a new “what” inextricable linked to our new “who”.

That new “what” is a call to be the very light we already are in Christ. It’s what Jesus said to his disciples in the Sermon on the Mount, “You are the light of the world. A city on a hill cannot be hidden.”

Describing the appropriate life for a person “delivered… from the domain of darkness and transferred… to the kingdom of his beloved Son,” as he puts it in Colossians 1:13, the Apostle commands Christians to “[w]alk as children of the light” in Ephesians 5:9.

What does it look like to “walk as children of the light”? Paul immediately tells us that light produces fruit just as the sun produces good crops. That fruit is characterized by “all that is good and right and true.”

Add in Paul’s follow-up imperative to make an effort to “discern what is pleasing to the Lord,” and you’ve sketched a partial outline for the picture of Christian living.

Exposing the Unfruitful Works of Darkness

Then comes the fun part: “Take no part in the unfruitful works of darkness, but instead expose them.”

Jesus predicted as much when he warned his disciples in Matthew 10:25, “If they have called the master of the house [that is, Jesus] Beelzebul [that is, Satan], how much more will they malign those of his household.”

In fact, the ultimate statement on the darkness’ sworn enmity to the light is the cross itself. That’s what the Apostle John is saying in John 3:19, “This is the verdict: Light has come into the world, but people loved darkness instead of light because their deeds were evil.”

Tweet This: Walking as children of the light is a dangerous occupation. Darkness always opposes light. #prolife

Certainly, abortion fits within the framework of “unfruitful works of darkness,” which the text goes on to describe as shamefully done in dark, concealed places.

And abortion’s darkness is expressed not just in its deadly outcome, but in its backers’ evasive, downright dishonest use of language. So, defending the abortion of a child morphs into defending “choice” or “reproductive rights,” while the child himself becomes a mere “product of conception.”

Meanwhile, the abortion industry cringes and fights against every effort to shed more light on the issue itself, fiercely opposing the use of accurate terms like “fetal pain,” “dismemberment abortion,” and even the seemingly innocuous “baby,” while dismissing a medical procedure that saves actual women and babies from abortion as “junk science.”

Likewise, abortion supporters at local, state and national levels consistently lobby to keep women in the dark about abortion by fighting tooth-and-nail against mandatory ultrasound laws, 24-hour waiting periods prior to abortions and women’s right to know laws.

Seeing the dark and fruitless work of abortion, which always destroys one member of the human family and often leaves another with the scars of guilt, pain and regret, millions of Americans—and millions more outside the U.S.—have fought for an end to this blight that takes over 50 million lives each year around the globe.

Some, following in the footsteps of past “muckrackers” like Upton Sinclair and Augustus St. Clair, have set out to expose abortion from the inside out.

Drawing direct fire from the abortion industry and its supporters in the media and political spheres alike, men like Mark Crutcher and David Daleiden and women like Live Action’s Lila Rose each provide a case study in the darkness’ vehement opposition to light.

If anyone can testify to the lengths darkness will go to snuff out light, it’s Daleiden. Having gone undercover for three years in the abortion industry, he emerged with enough evidence on Planned Parenthood’s complicity in the illegal for-profit selling of body parts from aborted babies that a dozen states have defunded the abortion giant, routing taxpayer funds instead to federally qualified health centers.

Yet, instead of becoming an instant national hero, Daleiden—much like Sinclair before him—has been viciously attacked by the hounds of a government with too much at stake to let the darkness come to light.

Coming in the form of a Texas grand jury indictment and an all-out witch hunt from California Attorney General Kamela Harris—herself over $80,000 deep in Planned Parenthood’s pocketbook—the hostility to Daleiden strangely mirrors that of then-President Theodore Roosevelt, who called Sinclair a “crackpot” after the 1906 release of “The Jungle,” which exposed abuses in the meat packing industry.

But, although the bold undercover efforts like those undertaken by Crutcher, Daleiden and Rose are—rightly—the first to come to mind under the heading of “exposing darkness,” the question remains:

What can an everyday Christian do to expose this particularly dark work?

How can a salesman, a truck driver, a stay-at-home mom, a tattoo artist, a student, a small business owner and a pastor get involved in the light-shedding work of exposing abortion in a practical, constructive way?

First and foremost, we need strive to put feet on our pro-life convictions by becoming prayerfully aware of the needs around us. Heartbeat International’s “10 Things” brochure (download your free copy here), for example, is a great starting point, offering a brief primer on how to help build a culture of life in everyday situations.

Living in a truly “pro-life” manner has more to do than holding a private belief or casting a particular vote. It includes speaking and acting in a way that reflects an inherent value for every bearer of God’s image. This can happen in conversations over coffee and in supermarket parking lots, as we extend a compliment and a word of encouragement to an expectant mom.

As unmerited recipients of the riches of God’s grace, we’re freed to offer our time and treasure to meet the real needs of the single mom whose financial need weighs heavy on her heart—a key factor for why women report they abort—opening our wallets and our homes to meet a need.

This is the heart behind every pregnancy help center, ultrasound-equipped medical clinic, maternity home and nonprofit adoption agency: to meet the needs of women dealing with the real-life struggles of pregnancy in life-changing ways.

Pro-life pregnancy centers are beacons of light to a woman in the dark valley of decision, offering her all the information and support she needs to make the healthiest choice she can for her and her baby.

Through ultrasound—which is offered at over 62 percent of U.S. pregnancy centers—she gets an illuminating look at the very child she carries, which is why close to eight in 10 women who see an ultrasound choose life for their children.

Maternity homes and nonprofit adoption agencies brighten a previously unseen path forward for a woman who feels she has no option between homelessness and abortion.

Tweet This: #prolife help always exposes #abortion as the dark sham it is.

As these vital outposts of light continue to multiply, the darkness has recoiled from the exposure they bring. From laws that intend to force pregnancy centers to compromise their pro-life beliefs to attempts to stop pregnancy centers from serving clients in property the centers themselves own, the darkness, true to form, is not taking kindly to the light.

As the darkness made light, we can understand the fight darkness feels it must wage against the light. We own the “such were some of you” of 1 Cor. 6:11 and continue on in our light-bearing post.