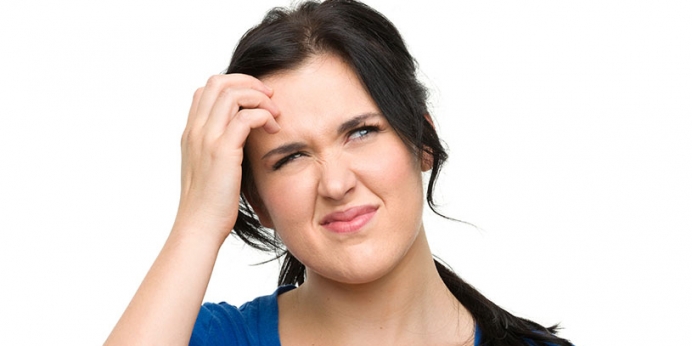 A week ago today, the California State Senate voted to approve Assembly Bill 775, which will force life-affirming pregnancy help centers to post and disseminate to clients a public notice, specifying that state-funded abortions are available, along with the phone number of the county social services agency responsible for connecting women seeking abortions with state-funded abortion facilities.

Once the law takes effect, the government-sponsored speech requirement would apply to the 75 pregnancy help locations offering free ultrasound scanning and/or STI testing in the state of California.

In addition, the more than 75 locations in the state that do not offer medical services such as free ultrasound and STI testing would be required to post signage in two “clear and conspicuous” places “in no less than 48-point type,” stating that they are “not licensed as a medical facility by the State of California”.

Throughout the life of the bill, it has been opposed by politicians in committees and during floor sessions of both houses of the California legislature, as well as attorneys from Alliance Defending Freedom and Pacific Justice Institute, along with representatives from many of the state’s pregnancy help centers.

The pro-life opposition to the bill has centered its arguments on First Amendment protections against government-compelled speech, proposing changes to the bill at every stop in committee—and even suggesting three modifications on the State Senate floor—that would require abortion businesses to post a parallel disclaimer pointing to alternatives to abortion such as adoption.

While the amendments were, predictably, voted down, the bill’s supporters have repeatedly staked the bill’s importance on the combination of a baseless hit piece from NARAL Pro-Choice California and an anti-pregnancy center strategy paper commissioned by the Assembly’s Committee on Business, Professions and Consumer Protection.

Even as it waits for the approval of Democratic Gov. Jerry Brown, AB 775 is sure to be challenged as unconstitutional in the courts—National Institute of Family and Life Advocates (NIFLA) has announced plans to do so. This would follow a trend of past cases where government-sponsored speech for pregnancy centers has been struck down in Austin (TX), Baltimore and Montgomery County (MD) and New York City.

But before Gov. Brown puts ink to paper, let’s take a look at four head-scratching statements from last week’s Senate floor session where AB 775 was approved by a 24-14 vote.

1.    “If you love women, then this is exactly the kind of thing we should be doing. Let’s stop the rhetoric.”

If you’re a fan of irony, this is the quote for you. Delivered by State Senator Hannah-Beth Jackson (D-Santa Barbara), this two-sentence gem stands as the very quintessence of “rhetoric.” You can’t get more rhetorical than this. I dare you to try.

Not only does the argument itself rest on the kind of propositional fallacy that made you fall in love with political speechifying in the first place—“If you love women, you’ll agree with me, if we disagree, you obviously hate women”—it ends with a rhetorically rich call to “stop the rhetoric.”

As if the statement itself wasn’t deliciously ironic enough, consider the fact that, as sponsor of the bill, Senator Jackson’s plea to “stop the rhetoric” was followed immediately with a call to vote.

If we are to take this position at face value, what we find is that there really is only one valid opinion—at least for those who don’t hate women. After all, why go through the rigorous exercise of establishing that a state has an interest so compelling that it trumps its citizens' First Amendment rights, when you can simply appeal to the “war on women” and call it a day?

There are 12 women serving as California State Senators. By Senator Jackson’s logic, four of those women—that’s one third—voted against AB 775 because they don’t love women. Sorry, did I say “logic”? I think I meant “rhetoric”.

Maybe it is high time we stop the rhetoric. You first, Senator Jackson.

Tweet This: @SenHannahBeth: 1 in 3 women in #California senate are anti-woman.

Make no mistake about it, Senator Connie M. Leyva (D-Chino) wants to keep men entirely out of any conversation even remotely involving abortion, as well as other gender-specific topics such as the First Amendment, conscience protections, and so on.

Apparently you need a specifically female brain to contemplate these realities. Just as the thigh bone’s connected to the knee bone, so the female brain is connected to the uterus, Sen. Leyva argues. (Side note: It’d be interesting to see how this kind of argument would go over in the transgender community.)

As air-tight as that logic might appear, there are a couple of minor issues we wouldn’t want to overlook, the first of which is, AB 775 was written by a man. Literally, a man named David Chiu wrote this legislation, which he then introduced to the California State Assembly.

There’s no evidence for this, but I’m going to make the wild assumption that, when Assemblyman Chiu brought this legislation forward, nobody questioned its validity based on his masculinity. Apparently Senator Leyva’s defiant challenge only applies to men who disagree with her—particularly since 16 men voted with her to pass the bill.

It’s also worth noting, as we have before, that this “No Boys Allowed” argument has never actually been taken seriously by the abortion lobby, which has celebrated and been championed by such men as Bernard Nathanson, Alan Guttmacher, Lawrence Lader, and President Barack Obama.

But Sen. Leyva’s pronouncement also raises the question about the women with whom she disagrees, both in the legislature and in the nonprofit pregnancy centers and medical clinics that will be forced to advertise the state’s pro-abortion message to their clients.

If all you need is a uterus to have a valid point of view on abortion, conscience and the First Amendment, what about the viewpoint of these women?

3.    “I’m a bit concerned about this talk of the sale of parts. That’s clearly illegal, and if somebody was actually doing that, they should be prosecuted."

Now here’s a statement we can all get behind. Even though it was made by a man—Democratic Senator Richard Pan (Sacramento)—and should by the above logic be stricken from the record, we all agree that selling body parts of aborted babies for profit is illegal and should therefore be prosecuted.

If only we had proof of such a crime. If only there were several hours of video at our disposal, capturing frank conversations along with moving pictures of actual baby body parts being auctioned off to the highest bidder.

Tweet This: @DrPanMD: If @PPACT is selling body parts, they should be prosecuted. #PPSellsBabyParts

In Sen. Pan’s defense, maybe the undercover videos the Center for Medical Progress released are not viewable in California, the very state where the bulk of the videos were filmed. It could be that the ongoing investigation of the Center for Medical Progress by California Attorney General Kamala Harris has Sen. Pan and others fearful of breaking the pro-abortion orthodoxy and hitting “play” on one of these videos.

Perhaps Sen. Pan has followed the White House’s lead and is not one of 10-plus million viewers to have seen any of these videos, which capture both the harvesting and price negotiations of fetal body parts—including but not limited to “[central nervous systems], brains, kidneys, thymus, liver, spleen, femur, bone marrow, hematopoietic stem cells”.

Or, it could be that Sen. Pan—along with Sen. Jackson, who denounced the videos as “fantasies” and Sen. Holly Mitchell (Los Angeles), who called them “far-reaching conjecture”—is guilty of a willful ignorance that is absolutely criminal.

It could very well be that Sen. Pan is following in the steps of so many who have remained willfully ignorant throughout history. It could be that he is committing the very folly a wise man once warned his son against: “If you say, ‘Behold, we did not know this,’ does not he who weighs the heart perceive it?”

It’s amazing to how willful ignorance triumphs in its day. But it’s much more sobering to see that sticking your head in the sand doesn’t ever stand the test of time. We will all be found out for maintaining willful ignorance, and Sen. Pan is no exception.

Finally, to end on another note of willful ignorance, we stop to consider the argument put forward by the aforementioned Sen. Mitchell.

After taking the truly novel approach of arguing that opposition to government-sponsored speech in the form of “clear and conspicuous” signage amounts to an indictment on the “decision-making capacity of 15 or 16 million women and girls” in the state, Sen. Mitchell attacked another number: 58 million.

Earlier in the session, Sen. Jeff Stone (R-Temecula) had pointed out that 58,226,000 babies have been killed by abortion in the United States since Roe v. Wade. That statement apparently didn’t sit well with Sen. Mitchell, who pushed back on the number, based on the fact that California is one of just two states—along with Maryland—that does not report abortion statistics.

For a legislature ostensibly set on providing facts and information about abortion—the bill itself is named the Reproductive FACT Act—this is a telling admission. What it says is, if Sen. Mitchell has her way, the only “facts” that should be released about abortion are that it’s legal, available and paid for by the taxpayers of California.

Sen. Mitchell believes so strongly in getting those facts—and those alone—out to the public, she’s willing to trample on the First Amendment rights of the citizens she represents in order to do so.

There’s also an easy answer to Sen. Mitchell’s question about how the number was developed: It’s an extrapolation of numbers kept by Planned Parenthood’s research arm, the Guttmacher Institute.

Since we’re talking about numbers, let’s end on one more: 438. One every four minutes. That’s the number of babies—and their mothers—who will be spared from abortion today through pregnancy help in the U.S. alone.

Maybe that’s a number California centers and medical clinics can post in their waiting rooms. Forty-nine point font ought to work just fine.