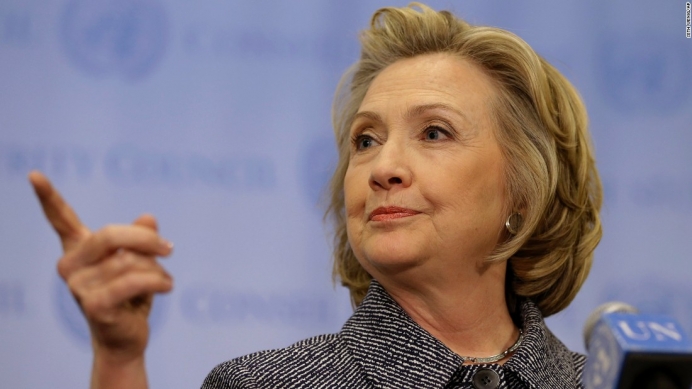 I Agree with Hillary Clinton (Almost)

During an on-air conversation the other day with radio host Neil Boron of WDCX in Buffalo, he and I began talking about politics and Hillary Clinton’s recent comment on NBC’s Meet the Press, that “the unborn person does not have constitutional rights.”

After all, what would happen if we began calling unborn babies, “babies?” How could our societal structure survive if a person waiting to be born was actually considered a “person?”

Oh, the fallout! Could our culture possibly absorb such honesty? Orwellian language would be overturned (I’m aghast just thinking about it) and something called “common sense” (I know, I’m worried, too) would return to our discourse.

On top of that, discourse would likely become more civil because we would all be speaking the same language. This cannot happen, friends.

Hillary Clinton made the egregious faux pas of almost saying something which made sense, referring to a person as a person. What’s worse, I was one word from agreeing with her.

In fact, if she were to add one more word she and I would be on the same page: “The unborn person does not have constitutional rights yet,” would be a statement I can agree with. Every person has unalienable rights, and that our courts must shift and acknowledge this truth. They haven’t, yet.

In the United States, our court decisions are so muddled that when an aggressor takes the life of an unborn child, that person is deemed a criminal. Yet, one who performs an abortion on an unborn child with consent is applauded as an advocate for women’s rights. Muddled indeed.

Hillary Clinton and I are just one word from agreement; such is the conundrum we face with our language today, a language co-opted by the left in so many ways.

Tweet This: I'm just one word away from agreeing with @HillaryClinton: "yet." @KirkWalden #prolife #abortion

With the issue of life, the abortion lobby sees an unborn person as a “fetus,” as “tissue,” as a “product of conception.”

Yet in the OB/GYN’s office, this same “unborn person”—Hillary’s words, by the way—is known as something quite different: “Baby.”

A physician-friend who delivers these “Products of Conception” told me, “In all my years of practice, I’ve never had a patient come in and ask to see an ultrasound of her ‘fetus.’ They always want to see their babies.”

That’s common sense. Oh, that our world would bring back this precious commodity.

The good news in all of this? Mrs. Clinton’s apparent slip of the tongue lines up with today’s scientific advances. Her words echo the pictures we see in every ultrasound performed at pregnancy help centers and clinics across the country and around the world.

Neil and I spent a few minutes on Mrs. Clinton’s words during our conversation, because—without making too much of one sentence—those comments reflect a shift in our dialogue. After all, what is Hillary Clinton to do now; apologize for accidentally telling the truth about a child waiting to be born?

We—the Pregnancy Help Community—are part of this shifting dialogue. Our influence is being felt and even those who oppose our work (such as Mrs. Clinton) at times can’t help using the language we promote every day.

We are the home of plain talk, and we utilize the words which normal, everyday people can understand. We don’t have to perform fantastic semantical gymnastics to make our point.

There are more terms such as “middle-age” (I prefer not to use this term now that I have reached this point), “senior,” (well, AARP includes me here but I’m not joining) and “elderly.”

Regular terms for regular people. Common-sense people identify with us.

Hillary Clinton is smart enough not to make this same “mistake” again, I’m sure. But for just a moment, she talked like us. And I almost agreed with her.