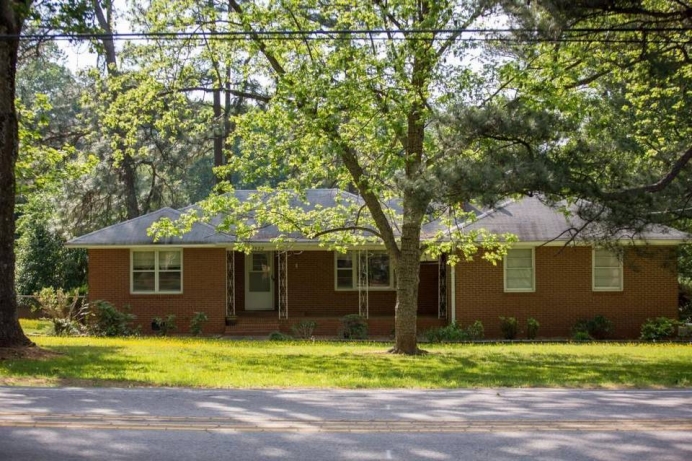 When they closed on a house right next door to a local abortion clinic in Raleigh, N.C., back in January, the leadership at Your Choices Pregnancy Clinic had only one prayer:

“We asked the Lord, ‘If you don’t want us to do this, then slam the door completely shut,’” Tonya Baker Nelson, Your Choices Pregnancy Clinic’s executive director, said. “‘If we’re not going to be able to use it, then don’t even let us buy it.”

So far, all doors seem to be open for Nelson and her center to move into their new location in the fall, which would relocate their free services that include peer counseling, STI testing, ultrasound and more just a door away from A Preferred Women’s Health Center.

While Your Choices has been located across the street from the abortion clinic—and its future home—since 2012, the impending move has set off a dustup of controversy in the past week.

Tuesday night, pro-abortion residents opposed Your Choices’ request to rezone its new building from residential to office space—which fits in with Raleigh’s long-term city plans—at a contentious meeting of a citizen’s advisory council.

While the council approved the rezoning in a recommendation to the City Council, it did so only after a handful of local citizens voiced their opposition to Your Choices’ pro-life mission.

Sensing a potential threat to its abortion-centered business, the abortion provider came out with a statement Thursday afternoon, calling Your Choices’ request to rezone the house next door from residential to office space an “underhanded” move.

Lambasting the community-funded pro-life medical center’s decision to purchase and rezone the facility as “strictly an intimidation tactic,” the abortion clinic’s owner, Lois Turner, warned that Your Choices’ mere presence next door, “will cause disruption and difficulties for not only our business, but our neighbors as well.”

Nelson, whose passion to start a pro-life pregnancy center began when she was pressured to abort in her early 20’s. While she resisted the pressure and chose life for her daughter instead, that experience planted a seed that has blossomed into her current work.

Hoping and praying for the City Council to rezone the center’s property, a process that continues with a meeting May 10 before finalizing June 7, Nelson is bracing herself for what could be a controversial month and a half.

“I’ve been told that Tuesday’s meeting is going to be the tip of the iceberg,” Nelson said. “From there, we’ve been told to expect this to snowball between May 10 and June 7, at the City Council’s final meeting to decide if we’ll be rezoned or not.”

Nelson, who founded Your Choices’ parent organization, A Hand of Hope Pregnancy Resource Center, in 2005, and has overseen the organization’s establishment of two locations—one in Fuquay-Varina and one across the street—said she has met with neighbors as far back as last November, and has seen an overwhelmingly positive response to the potential move.

If all goes according to plan, Your Choices will be in their new digs by September, a fitting nine months after they closed on the property.

In the meantime, as local media have picked up the story, Nelson has extended an open invitation to community members who are interested in learning more about Your Choices to come by and tour the current center.

“People have been fed a lot of misinformation about us,” Nelson said. “They are just misinformed and they just believe the misinformation that’s been handed to them from parties that don’t want anything to do with real choice. They’re buying into the mantra, ‘Unexpected pregnancy, that must mean you want an abortion.’”

“I take it fairly personal, because, thank God I was able to have my beautiful daughter. Just because you did the wrong thing doesn’t mean you need to do the wrong thing.”