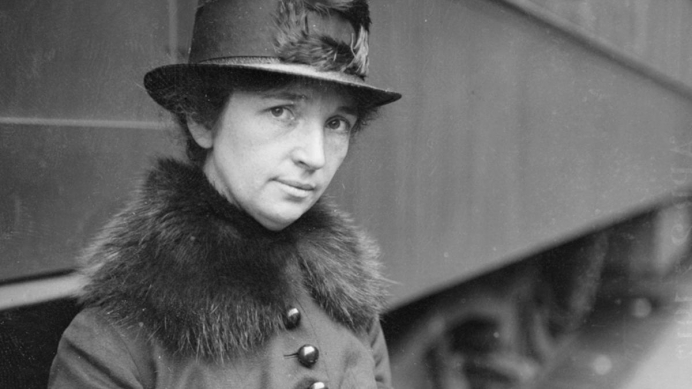 Eugenicist and founder of Planned Parenthood Margaret Sanger would be proud of today's abortion industry and its preying upon the vulnerable.

Over the weekend, The Washington Post published an editorial from its deputy editorial director aruging in favor of selective abortion when the baby in the womb is found to have Down syndrome. Chillingly, it ran under the headline, “I would’ve aborted a fetus with Down syndrome.”

The author celebrates the science that allows us to test earlier today for what she identifies as abnormalities. She goes as far as saying that her two children are healthy, but had she found out years ago that one of them had Down syndrome, she would have made the decision to abort.

Those of us that stand on the side of life understand that the abortion lobby has been moving further and further away from its longstanding mantra of “safe, legal, and rare” for quite sometime now, but it’s safe to say that move is now mainstream.

The Post article is just the latest example of this, as over the last year we have seen a number of news agencies speak on this issue as they push an abortion agenda. This was quite the conservation-starter back in August when CBS ran the headline, “Why Down syndrome in Iceland has almost disappeared.” One may read this headline and think that Iceland has managed, through research, to limit Down syndrome, but the reality is much more grim than that as we learn they are actually aborting nearly 100 percent of Down syndrome babies in their country.

This puts the “pro-choice” folks in a very interesting predicament. They are now positioning themselves, by using mainstream tools, as a group that stands in support of selective abortion. I thought that “pro-choicers” would argue that some types of regulation should stay in place, but the line of thinking found in the aforementioned article pushes us to a place where regulation, of any kind, is frowned upon.

The abortion lobby, led by NARAL and Planned Parenthood have stated their goals very clearly since the beginning, but one would hope this is a bridge too far for most that fall on the pro-choice side. Is it?

Let’s assume that scientific advancement and research continues to spur medical breakthroughs over the next 20 years. Let’s now assume that this research allows us to detect autism in the same way we can detect Down syndrome. Would these same people argue that autism should be ended through abortion? What about Alzheimer's or Parkinson’s? Where does this slippery slope take us?

This line of thinking is finally putting action to the words of noted eugenicist and Planned Parenthood founder Margaret Sanger. She made her life’s goal to see a society that would do these very things. A society that sought to rid the world of the lessers. She went as far as calling the lessers in our society human weeds which threaten the blooming of the finest flowers of American civilization. Sanger ultimately wanted to eradicate the defective stocks.

This language is extreme and should make all of us uncomfortable.

I have met many people and families that deal with Down syndrome on a daily basis. At no point during my conversations have I assumed their path was an easy one. Not once did I believe that struggle wasn’t a reality for them. However, even in that difficult path where struggles occur daily, I never once saw them as a defective stock or a human weed that needed to be eradicated.

We have much work to do in our country for life. This fight is long from over, but I do think we are moving in the right direction. One way to continue this progress is to call out extreme positions when we see them. This, in my estimation, is one of those times.

We cannot expect society to have an honest discussion on the value of life at any stage if we are not willing to admit that abortion on demand for any reason represents a culture of death and destruction.

We are better than this, aren’t we?