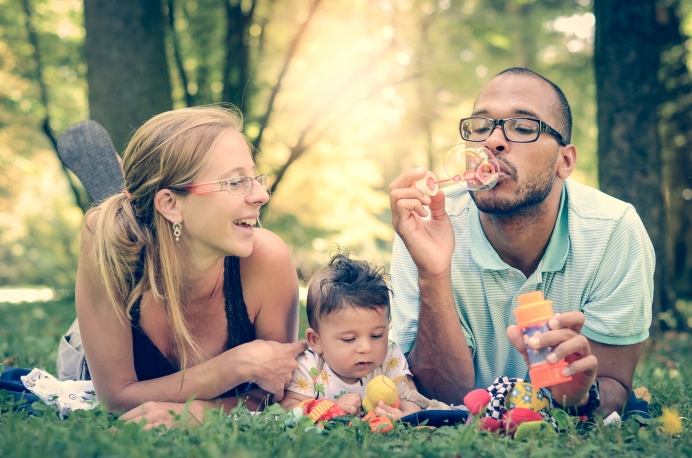 She Needs Support, He Needs Respect. Let's Meet Them with Both.

One night recently, we watched an indie film. The first part seemed a little boring and awkward, but then the stories of the characters began to emerge.

The main character’s boyfriend has broken up with her shortly before the wedding of his sister (her best friend), so she opts out of her maid-of-honor role and ends up stuck at a back table at the reception.

It’s clear this girl is bitter toward her ex-boyfriend, although she claims to feel nothing toward him.

They cross paths in the hallway and have a brief conversation. She lashes out at him and tears apart his character. He makes no defense and walks away.

Soon, an older woman at the table connects the dots—the girl is not drinking anything alcoholic, and then vomits the little she has eaten.

She is pregnant. The plot thickens.

During the rest of the film, I couldn’t help but think of the lives of clients I’ve served at our local pregnancy center.

Relieved that the girl in the movie was not going to pursue abortion, I found myself rooting for her, as well as the father of her baby.

They have another conversation. She is angry because he’d asked her if she was going to keep the baby.

She’d wanted his support, not his vacillation. But then there’s his side of the story.

With tears in his eyes, he says to her, “I’m just so tired of disappointing you.” She’d made it clear she thinks he is a joke of a man, that she doesn’t trust him to be a good father.

There’s a pattern when it comes to unplanned pregnancies and what unexpectedly expectant moms and dads need to hear from each other. It’s a pattern I recognize from my many conversations with clients.

A woman facing an unplanned pregnancy wants support. She’s wired to face huge obstacles—as long as she knows someone is in her corner (preferably, the father of her baby).

She wants the father of her baby to fight for their baby’s life and welfare. She wants to hear, “I will be there for you and our baby, no matter what.”

This is the life-saving message which gives her hope.

Watching the film, I wondered, Will this guy be brave enough to fight for her and for the baby? Will he face her rejection and still be courageous?

At the same time, I thought, Will she stop tearing him down and start showing him some respect? Will she tame her tongue and give him a chance?

What a man doesn’t want to hear when facing an unplanned pregnancy is, “You’d make a lousy father. I don’t trust you to take care of us.”

He needs respect; she needs support.

If a couple in an unplanned pregnancy will give these gifts to each other, it just may save their baby’s life.

Those trained in the life-saving work of pregnancy centers understand this dynamic.

We offer support to the woman whether or not the father of her baby does so. We treat young fathers respectfully and demonstrate that we believe in them.

We build bridges in relationships, not only in the initial conversation about pregnancy options, but through our Life Skills classes and men’s ministry.

In other words, we treat women and men holistically rather than only looking at the immediate crisis looming in front of them.

Unlike abortion providers, we don’t profit from that crisis, nor do we ignore the bigger issues in a couple’s life.

We want women and men to succeed in their relationships. We want them to break the negative cycles in their lives.

We want them to enjoy the blessing of a living child rather than the heartache which follows an abortion.

It’s ironic that people refer to abortion as “taking care of the problem.”

A preborn human being is not a “problem” to be solved. Not only that, abortion makes promises it can’t keep. As I’ve written in my book, Unleashing Your Courageous Compassion:40 Reflections on Rescuing the Unborn:

“Abortion offers itself as a short-term solution to a woman’s dilemma. It dangles in front of her, the promise of an eraser that will make the pregnancy go away and make her life as it was before.”

In reality, a woman’s pregnancy will be part of her personal history for the rest of her life. Depending on her decision, that pregnancy will either be a pleasant memory, or one which could crush her with guilt and sorrow for a lifetime.

So we reach out to women and men to help them with the bigger picture of their lives.

We rejoice when we see a woman learn to show respect to the father of her baby, or when a young father steps up to the plate to care for his family.

Tweet This: We offer hope, not a short-term "fix" that solves nothing and only makes matters worse. @SusanneMaynes #prolife

In the movie, it’s a close call, but in the end (spoiler alert), the young couple gets back together. Instead of attacking him, she humbles herself.  Instead of running away, he takes courage.

In the last scene, she’s tempted to deride him again, but stops herself. They walk down the street, the young father cradling his infant son in his arms.

I may or may not have shed a tear or two.

This is our hope in the work we do. Not a short-term, false-promise solution, but a holistic approach to helping women, men and children.

That’s a far brighter solution than ending the life of a baby, isn’t it?