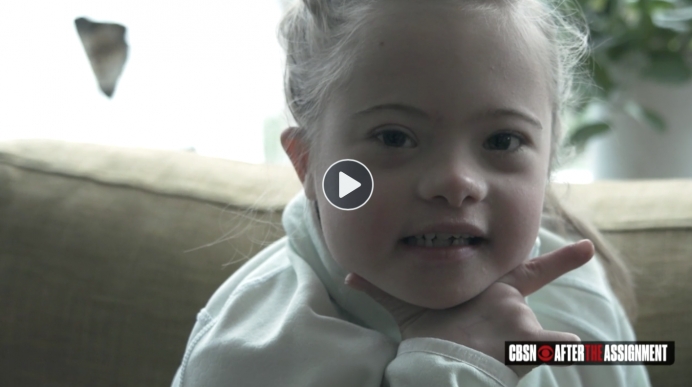 HEARTBEAT PRESIDENT: “Down syndrome is not a death sentence”

Iceland may be zeroing in on eliminating people with Down syndrome, but that is nothing to celebrate, Heartbeat International president Jor-El Godsey said Wednesday.

On record with Mary Rezac of the Catholic News Agency/ETWN News, Godsey was responding to an Aug. 14 CBS News report on Iceland’s virtual eradication of people with Down syndrome through abortion since genetic testing began in earnest during the early 2000s.

After CBS News gained attention Monday in the lead-up to its release of the story with a seemingly tone-deaf tweet declaring, “Iceland is on pace to virtually eliminate Down syndrome through abortion,” the backlash was swift, starting with actress Patricia Heaton—an outspoken pro-life voice in Hollywood.

Iceland isn't actually eliminating Down Syndrome. They're just killing everybody that has it. Big difference. #Downsyndrome #abortion https://t.co/gAONIzqRXW

“There is nothing to celebrate in Iceland's ‘eradication’ of babies born with Down syndrome through abortion,” Godsey said. “These are precious human beings hand-crafted in the image of God, and no government or person on earth has the authority to rob persons with Down syndrome of their lives.”

Iceland’s purging of the Down syndrome population—a strategy consistent with eugenicists policies touted by Planned Parenthood founder Margaret Sanger and carried out on a mass scale in Nazi Germany—came to international attention this January, thanks to approving comments by Dr. Peter McParkland of Ireland’s National Maternity Hospital.

“There hasn’t been a baby with Down syndrome born in Iceland in the past five years,” McParland said.

Tweet This: #Downsyndrome should not be a death sentence. @HeartbeatIntl @PatriciaHeaton #prolife

France and the United States abort 77 percent and 67 percent, respectively, according to statistics cited by the CBS News report.

“Down syndrome is not a death sentence, and it is monstrous to suggest otherwise,” Godsey said. “The world grows exponentially poorer as we kill innocent babies for the ‘crime’ of failing to match up to our self-aggrandizing expectations.”