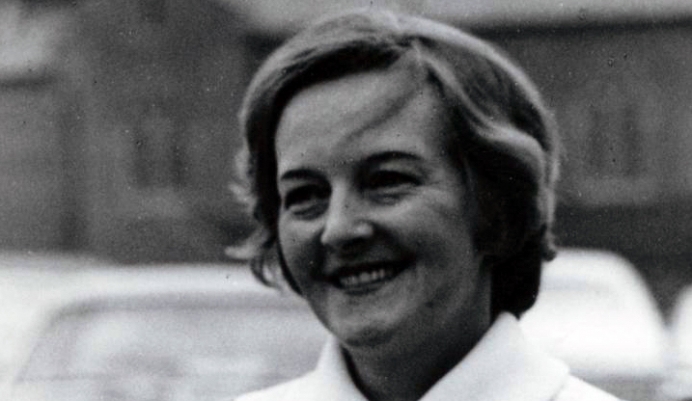 Lore Maier, an unsung hero to many who escaped Germany during WWII, immigrated to the U.S. and became an outspoken and compassionate voice against abortion. She was a co-founder of Heartbeat International in 1971.

Writing in Sunday's edition of The Washington Times, Peggy Hartshorn, Ph.D., urged readers to consider how to compassionately respond to the evil of abortion with local, practical help through nonprofit pregnancy centers, medical clinics, maternity homes and adoption agencies.

Hartshorn, Heartbeat International's Chairman of the Board, told the story of her late friend, Lore Maier, a German national who had lived through the Holocaust and later immigrated to the U.S. at the end of World War II. Maier, who had played an active role in rescuing many women and children from Nazi oppression, would become an outspoken opponent of abortion and a co-founder of Heartbeat International, the world's largest, most expansive network of pregnancy help.

As Hartshorn recalls in The Washington Times, Maier saw very clear parallels between the Holocaust and abortion:

Lethal inhumanity in any form — whether by concentration camp or by abortion — “takes its toll,” Lore wrote, “not only from the victim, but also from the oppressor, as well as from those who stand by idly or helplessly in silent acquiescence.”

“And so it is with abortion,” Lore contended. “The victim loses every time. The abortionist becomes emotionally detached and insensitive to the value of human life. The bystander, even though initially interested and concerned, may tire of the controversy and succumb to the semantic gymnastics and clever subterfuge of the proponents.”

And, as Lore memorably stated, “If we are not against abortion, we are against our own survival.”

Hartshorn, whose writing has also appeared at The Daily Caller and The San Jose Mercury News over the past six months, pointed to the pregnancy help community that Maier and her generation established, and which she herself has been a part of for over 40 years, as a compassionate pathway to make abortion unwanted.

Tweet This: "If we are not against abortion, we are against our own survival." @HeartbeatIntl @WashTimes #prolife

Like Lore, I remain fully convinced of the urgency of my calling to empower each mother to save the life of her child from abortion and to offer hope to not only the victims of abortion but also the “oppressors” and the bystanders.

Whether or not we “feel ourselves guilty” ... those of us who know the value and dignity of every single life have an unmistakable duty to act.

And we will act, until abortion is as unthinkable as [Nazi Germany's] “Final Solution.”

To read the op-ed in its entirety, click here.