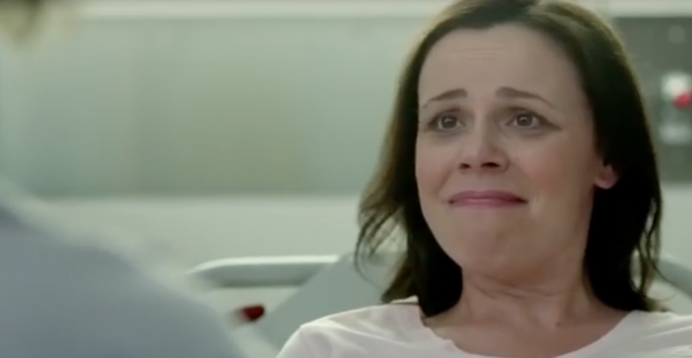 Just how out of touch is Big Abortion?

In an apparent attempt to show just how detached it is from 99.9 percent of the viewing public, NARAL Pro-Choice America hit a new octave of shrillness, breaking mirrors and car windows everywhere with its Twitter response to an ad from Doritos during Super Bowl 50 Sunday night.

The ad in question featured what by any conceivable measure would be considered a benign plotline, with a husband and wife at an ultrasound.

The husband is standing, eating Doritos—seriously, are we talking about this?—which, understandably, gets his wife out of sorts. The plotline takes a turn for the ridiculous when the baby starts reaching out for daddy’s Doritos, and ends with the baby presumably leaping out of momma to get at the chips.

(Again, we can’t seriously be talking about this, can we?)

Clearly, the point of the ad was to induce a cheap laugh, make you want to buy Doritos, and then let you get back to watching a football game. At least that’s what it did for pea-brains like yours truly. Mission: accomplished. Now, back to the game.

Yet, while USA Today ranked it the No. 3 commercial in the 2016 Super Bowl, NARAL Pro-Choice America found some sort of meaning behind the meaning, live tweeting, “‪#NotBuyingIt‪ - that @Doritos ad using #antichoice tactic of humanizing fetuses & sexist tropes of dads as clueless & moms as uptight. #SB50”

Now, keep in mind, NARAL has had a full month to get this tweet ready and cued up. The commercial went live Jan. 9 on YouTube and we’ve been hearing about it all month in the lead-up to the game.

This was no last-minute decision from NARAL. These decisions are made weeks ahead of time, and with the clear purpose of advancing a specific message. The fact that NARAL has not deleted the tweet confirms the fact that this is a calculated decision, an intentional move that they intended to be taken seriously.

Tweet This: Well played, @NARAL, thanks for showing your true colors in @Doritos ad freakout #classy

What was NARAL’s message? That it’s dangerous and deceptive, indeed “#antichoice” to dare depict a preborn baby as a human being. (Just remember that the next time NARAL comes out with a “report” about the “deceptive,” “dangerous” and “insidious” practices of pregnancy centers.)

Yes, we’re told, the mere use of ultrasound to show a woman her preborn baby is, in and of itself, a “tactic” of “#antichoice” crazies. Maybe that’s why NARAL, Planned Parenthood and their ilk are so dead-set against such subversive actions as women seeing their babies via ultrasound.

If moms and dads were to see the baby growing inside them, that could lead them down the dangerous road of “humanizing” their children. Side effects can include anything from naming the baby, getting curious about the gender of the child—Oh! Spare us the binary constructs!—or, worst of all, giving birth to the child.

What this tweet makes clear is that, in NARAL’s world—in the world of the abortion industrial complex—there is nothing more detrimental to civilization than childbirth. Of course, we already knew that, and we’re #NotBuyingIt.

But, this tweet also drives home a deeper point: We can’t forfeit the humanity of the preborn without forfeiting our own humanity in the process.

When all we can do in the face of a silly attempt to make us laugh is loudly assert that babies aren't people, we know we've left the harbor permanently. In this case, a lost sense of humor is a clear symptom that humanity has been replaced with a lethal, incoherent ideology. Laughter has been eclipsed by ear-splitting cynicism.

Maybe laughter is the best medicine. After all, isn't that what people do?