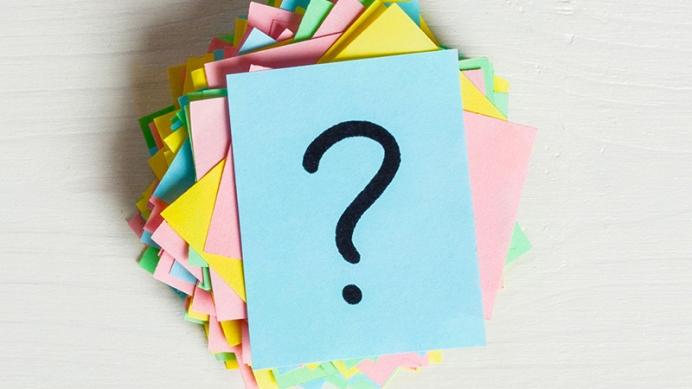 Last week, a new survey was released on Holocaust Remembrance Day, revealing an astonishing finding: Two-thirds of US millennials don’t know what Auschwitz is.

Leaders from the Conference on Jewish Material Claims Against Germany, which commissioned the study, attributed the survey results not to denial but to time.

“As we get farther away from the actual events, 70-plus years now, it becomes less forefront of what people are talking about or thinking about or discussing or learning,” Matthew Bronfman, a board member of the Claims Conference, told The New York Times.

Although the Claims Conference’s survey is disconcerting and certainly gives reason for us to reevaluate what is being taught in schools, the headlines bury a small but hopeful takeaway: Although 58 percent said they believe something like the Holocaust could happen again, 93 percent said that all students should learn about the Holocaust in school.

It’s not for lack of empathy that so many millennials know so little about the Holocaust, but rather lack of knowledge; and they clearly want to see a change.

“The issue is not that people deny the Holocaust; the issue is just that it’s receding from memory,” said Greg Schneider, the executive vice president of the Claims Conference. “People may not know the details themselves, but they still think it’s important. That is very heartening.”

As I read the findings, I was reminded of another survey that was released a few years back: Most Americans Under 30 Don’t Know Roe v. Wade Was About Abortion, ran a headline from The Washington Post.

Similar to last week’s news, ignorance of the subject is likely due to removal from the issue—but, I suspect (and hope), not a lack of empathy.

Since Roe, 60 million innocent human lives have been taken through abortion. But despite ignorance of the landmark case that unleashed this tragedy, millennials have become increasingly opposed to abortion, even if they don’t necessarily identify as pro-life.

Why? One reason is because in the 45 years since Roe was decided, medical technology has advanced dramatically, giving the everyday woman more information about the developing life inside of her than what was available to the seven men who decided Roe in 1973.

Ultrasound technology is helping to change hearts and minds.

These images are so powerful that in 2015, a survey by the National Institute of Family and Life Advocates (NIFLA) revealed that 78 percent of women who were at risk for having an abortion and had an ultrasound confirmation at a pregnancy center chose to carry to term.

This technology helps us to close the distance between us and the unborn, so that while Roe might be receding from public memory, its victims and potential victims are not.

If given the chance, other factors—specifically, stories—could close the gap still more.

In an interview with USA Today, one Claims Conference leader emphasized the importance of survivor stories in educating people about the Holocaust. Thankfully, a great amount of effort has been put into recording Holocaust survivor stories over the last 70 years, setting a profound example for us.

Tweet This: Here's how survivor stories can build empathy and change minds on abortion and other genocides. #prolife @ktafranklin

With more millennial women having children out of wedlock and nearly half of U.S. pregnancies being unplanned, most of us likely know someone who could have become a casualty to abortion.

Now, story after story is coming to light of abortion survivors. And thanks to Abortion Pill Reversal, a growing number of women are sharing their stories, showing us the beautiful baby faces and ultrasounds of their survivors.

Although the Claims Conference’s recent study will likely fuel the self-centered reputation millennials have acquired over the years, hopefully we can identify this as an opportunity to educate and tap into an empathy that is already there. There are, after all, compelling reasons to believe that our generation’s “highest value isn’t self-promotion, but its opposite, empathy — an open-minded and -hearted connection to others.”

While my generation is often derided for its “snowflake” tendencies (yes, I’ll even admit to deriding my peers for such), it is possible that these sensitivities, combined with the technology and opportunities for storytelling that are now available to us, can help us to humanize the unborn and empathize with them in a powerful way, bringing this genocide and others to the forefront of what people are talking about, thinking about, discussing and learning.