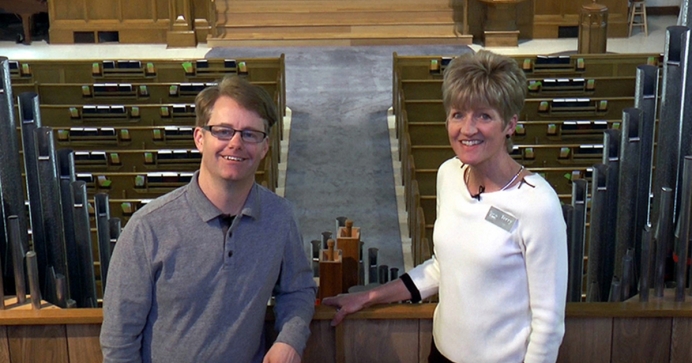 Loaves and Fishes in This Day: God Still Works Miracles

“Jesus replied, ‘They do not need to go away. You give them something to eat.’ ‘We have here only five loaves of bread and two fish,’ they answered. ‘Bring them here to me,’ he said.  And he directed the people to sit down on the grass. Taking the five loaves and the two fish and looking up to heaven, he gave thanks and broke the loaves. Then he gave them to the disciples, and the disciples gave them to the people. They all ate and were satisfied, and the disciples picked up twelve basketfuls of broken pieces that were left over. The number of those who ate was about five thousand men, besides women and children.”

I was a doubter, just like Thomas in the Bible. As the church doors closed on Sunday afternoon, April 8, to begin the fundraising event, my eyes viewed empty and partially-empty pews. I sighed.

Also like Thomas, I had seen the Lord miraculously work in times past: the healing of a friend from cancer (and I mean, completely cancer free!), the restoration of a friendship, the saving of my mother’s life when she was 40 miles from a hospital. Yet, when I saw the small crowd in that church for the spring True Care fundraiser, my heart sank, and the doubting-Thomas arose.

The second annual Hymn Sing for Life for True Care Women’s Resource Center had been planned for months. I helped with publicity, creating press releases and community briefs as well as a Facebook event and several social media posts. My husband created a video in which both the church’s pastor and True Care’s director spoke, highlighting the beautiful pipe organ and talking about the guest organist and special choir scheduled to perform. That video alone received 9,000 views!

At last year’s inaugural event, we had hoped for $5,000, and through God’s power, the intake was triple that amount.

Why didn’t I remember and rely upon that supernatural work from the Lord? Why did I see only numbers of people instead of God’s miracle?

Thomas and the other disciples had witnessed Jesus’ many marvels and still He noted they were men of “unbelief.” In the natural, physical world, they often couldn’t see the spiritual power of Christ; that was me that particular Sunday afternoon.

When the event concluded at 5:30 p.m., the pastor of Grace Reformed Church announced the amount raised: approximately $26,000! Everyone gasped. People in the sanctuary clapped and cheered. Many raised their hands to Heaven. I sat in the pew feeling stunned … and ashamed. I immediately repented for my unbelief and joined in the joyful cheers.

God still works miracles. He laughs at the doubters and says, “Watch me!”

Tweet This: God still works miracles: How loaves and fishes were multiplied at this pregnancy help center in WY. #prolife

From women who come into our centers with bruised and battered hearts planning to abort and then change their minds after seeing their unborn on the ultrasound to women finally set free from decades of past-abortion guilt through our abortion recovery programs, …. we witness God’s power and grace more often than we sometimes recall. In the natural, we often doubt.

Instead, may we remember those victories during times of grief and disappointment; times when our hearts break for those patients who don’t change their minds, when we’re attacked by pro-abortionists, and when we fear there’s not enough funds in the coffers to meet this year’s budget.

We all have that Thomas attitude at times. Yet, God remains faithful – He multiples our loaves and fishes through the talents and gifts of staff, volunteers and donors, through people’s prayers, and through hearts that are open to His spirit. “Ask and you shall receive,” Jesus said. Let’s keep asking … and believing!

On Tuesday, April 10, the final tally was taken -- $27,118 raised for True Care’s life-affirming ministry! Just as Jesus took the five loaves of bread and two fish from the little boy’s lunch and multiplied the meager to feed more than 5,000 people, God took the offerings and donations from the small number of people sitting in those church pews and multiplied their givings. Once again, He proved He is able to “do more than we could ask for or imagine.”