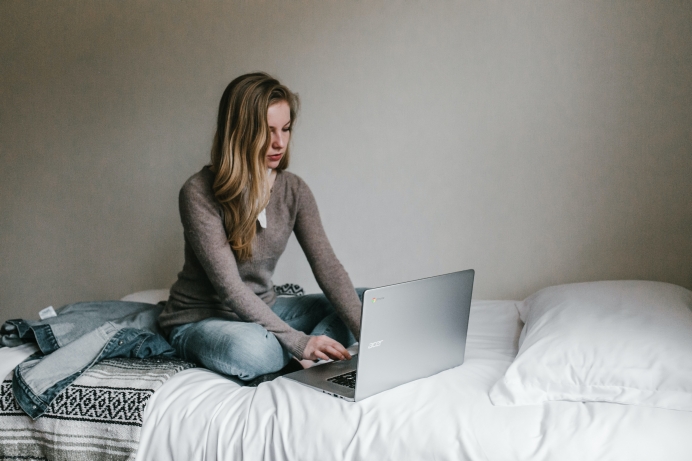 A group of U.S. senators challenged Google over the tech giant’s double standard and censorship of pro-life Abortion Pill Reversal (APR) ads while advertisements for deadly abortion pills are still allowed on the search engine.

“We are deeply concerned by Google’s decision to ban Live Action’s pro-life ads promoting Heartbeat International’s Abortion Pill Reversal (APR) hotline,” the senators wrote in a letter Thursday. “Google’s pro-life censorship is out of step with the science and reflects an unacceptable bias against pro-life views. We insist that you immediately reverse this decision.”

Google pulled APR ads from pro-life group Live Action Tuesday following a report from a group named Center for Countering Digital Hate (CCDH). The report was publicized in an article from The Daily Beast parroting abortion industry anti-APR narratives such as that the APR protocol is dangerous and not based on science. Abortion proponents regularly attack APR legislatively, in the courts, and in the media.

Quashing APR ads on the internet or social media means women seeking a second chance at choosing life for their child will be blocked from obtaining the information necessary for them to have that second chance and choice.

Google first approved Live Action’s APR ads let them run for more than four months, the senators noted, at a cost of more than $170,000 and directing thousands of people to the APR hotline.

Then, their letter states:

“On September 13, Google unexpectedly shut down these ads without warning or evidence, citing its “unreliable claims” policy. Google has subsequently indicated that it took this action after reviewing a one-sided pro-abortion “report” provided by a left-leaning news agency. Google has also since stated that it censored APR ads because they made “unproven medical claims”, citing “serious concerns” from the pro-abortion American College of Obstetricians and Gynecologists (ACOG). It is shameful that Google has acted to appease pro-abortion activists by silencing pro-life voices, rather than considering all the evidence and following the science.”

“Google disingenuously cites ‘unreliable claims’ as their reason to ban the promotion of Abortion Pill Reversal, but has obviously failed to understand the FDA-approved treatment that the reversal technology uses,” Live Action said in a statement. “Live Action and pro-life medical professionals across the country are proud to promote the Abortion Pill Reversal regimen, which involves an FDA-approved, bioidentical pregnancy hormone called progesterone that has been used for dozens of years to prevent miscarriage and has already saved thousands of lives.”

Heartbeat International, the largest network of pregnancy help organizations in the world, manages the Abortion Pill Rescue® Network (APRN), made up of some 1,000 medical professionals and pregnancy help centers who facilitate APR.

Heartbeat President Jor-El Godsey said there was no issue with a policy restricting “unreliable claims,” however the problem is that this policy is being abused.

“Unfortunately, how this policy is being implemented by Google protects Big Abortion and forces women to go through with an abortion that they no longer want,” Godsey said.

Tweet This: “Google’s pro-life censorship is out of step with the science and reflects an unacceptable bias against pro-life views"-Group of US senators

The second drug, misoprostol, is taken a day or so later and causes the mother to deliver her deceased child, provided the chemical abortion is successful.

More than 2,500 lives (and counting) have been saved

However, if a woman regrets starting a chemical abortion and she acts soon enough, she may be able to save her unborn child with APR.

The protocol entails administering progesterone to counter the first abortion drug and is an updated application of a treatment used safely since the 1950s to prevent miscarriage. A 2018 peer-reviewed study showed positive results with APR, with 64%-68% of the pregnancies saved through the protocol, no increase in birth defects and lower preterm delivery rate than the general population.

The Abortion Pill Rescue Network answers more than 150 mission-critical calls each month from women who regret their abortion decision. Women consistently report having found the APRN online after starting the chemical abortion process and seeking answers for how to reverse the abortion pill's effects. Statistics show that more than 2,500 lives have been saved (and counting) through the Abortion Pill Reversal protocol.

Live Action’s ads with Baby Olivia, a medically accurate animation of human development in the womb, were pulled as well. The pro-life group has been censored on social media in the past for its pro-life message.

In the pocket of the abortion industry

“In a dramatic and unprecedented move, Google has sided squarely with extremist pro-abortion political ideology, banning the pro-life counterpoint and life-saving information from being promoted on their platform,” Lila Rose, founder and president of Live Action said. “They aren’t hiding their bias anymore: Google’s censorship baldly reveals that the corporation is in the pocket of the abortion industry.”

The double standard decried by Live Action, Heartbeat, and the U.S. senators hinges on the fact that abortion drugs are still sold on the internet, despite the many safety risks. U.S. Food and Drug Administration health standards in place since the FDA approved the abortion pill in 2,000 stipulate an in-person exam and prescription by a certified healthcare professional in a clinical setting.

The group of 11 senators reference the abortion pill’s dangers and the double standard in the letter.

“While banning pro-life APR ads, Google continues to allow ads for purveyors of the deadly abortion pill mifepristone by mail, despite the fact this drug has resulted in at least 24 mothers’ tragic deaths and at least 1,042 mothers being sent to the hospital,” they wrote. “Google’s double standard on abortion is disingenuous and an egregious abuse of its enormous market power to protect the billion-dollar abortion industry.”

“The practical consequence of Google’s abortion distortion is that pregnant mothers in crisis will only have the option to be marketed abortion drugs through Google’s ad platforms,” they said, “while life-affirming alternatives are suppressed.”

Tweet This: The practical consequence of Google’s abortion distortion is that pregnant moms in crisis will only be marketed abortion drugs

Both Hawley and the 11 senators questioned Pichai about whether Google had recent contact with any pro-abortion entities. The Daines group wanted to know names if there was contact.

Hawley also asked about the rate at which ads from pro-life organizations are deemed ineligible and how Google ensures that its widely reported internal progressive bent does not affect ad eligibility decisions.

The Daines letter asked whether experts were on both sides of the abortion issue were consulted in the decision to ban the APR ads, or only those who promote abortion, and whether Google will also remove ads for the abortion pill mifepristone.

“Again, we urge you to reverse Google’s unjust and indefensible decision to suppress these pro-life life-saving APR information ads,” the senators wrote, “and we look forward to your prompt response to the above questions.”