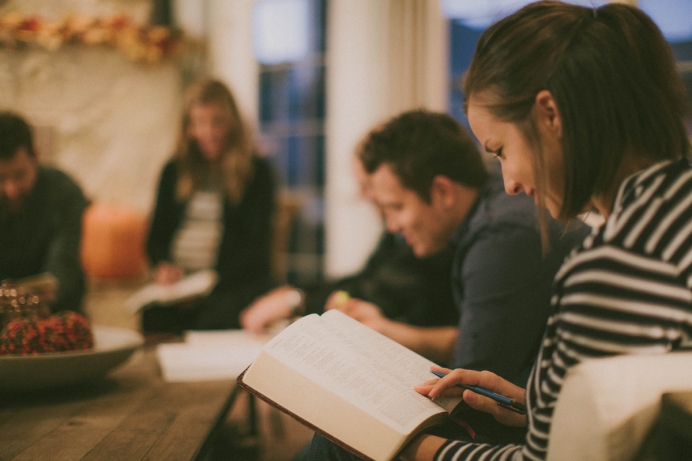 As States Rise Up Against Religious Liberties, Our Time for Choosing is Now

It seems undeniable at this point that pregnancy help organizations’ “time for choosing” is arriving—sooner rather than later. The time is swiftly approaching where, like the early church, we will need to choose whom we will serve: God or man.

In a report from the U.S. Commission on Civil Rights, released Sept. 7, the commission’s third recommendation is that religious exemptions from laws or policies should only apply to beliefs, not to conduct. Martin Castro, the commission’s chairman and an Obama appointee, states the following on page 29 of the official report:

“The phrases ‘religious liberty’ and ‘religious freedom’ will stand for nothing except hypocrisy so long  as  they  remain  code  words  for  discrimination,  intolerance,  racism,  sexism, homophobia, Islamophobia, Christian supremacy or any form of intolerance.”

Translation: Believe what you will, but if those beliefs are contrary to official government policy, you won’t be permitted to act on them.

In California, the legislature passed, and Gov. Jerry Brown signed, a bill ordering pro-life medical clinics to advertise how women can get a taxpayer-funded abortion a year ago this October. This direct violation of the life-saving mission of these organizations violates the deeply held religious convictions that are the very reason for which the staff and volunteers have organized themselves.

Despite being in effect as of January 2016, the law has largely remained unenforced while it undergoes a challenge in the 9th U.S. Circuit Court of Appeals. The lone exception came in late August, when Los Angeles City Attorney, Mike Feuer, bullied a life-affirming pregnancy medical center into compliance with the law pro-lifers have called the “Bully Bill” ever since its debut in the state assembly in 2015.

In Illinois, meanwhile, a change to that state’s Healthcare Right of Conscience Act is set to take effect in January 2017. Under the new rendition of the act, signed into law by Republican Gov. Bruce Rauner in late July, medical providers of every stripe will be compelled by force of law to directly refer for abortions and counsel their clients as to the “benefits” of abortions.

Or not. Our time for choosing is now. Should we obey God and face crippling fines meant to drive pregnancy help organizations out of business, or should we obey the State against our deeply held Christian convictions?

Faced with far more severe sanctions for acting according to their faith, consider how the first-century church responded:

“Whether it is right in the sight of God to give heed to you rather than to God, you be the judge; for we cannot stop speaking about what we have seen and heard.” – Acts 4:19-20

That choice—“to give heed” either to God or to man—is one we should not expect to go away any time soon. As in Illinois, Washington State is targeting not just pregnancy centers, but all pro-life medical professionals in its mandate that all pharmacists dispense abortion-causing drugs.

When the Supreme Court refused to hear the case about this severe violation of the conscience rights of medical providers this summer, Justice Samuel Alito began his dissent with the words, “This case is an ominous sign.” He goes on to clarify that now, “a pharmacy may not ‘refuse to deliver a drug or device to a patient because its owner objects to delivery on religious, moral, or other personal grounds.”

As in Illinois, Christian medical professionals in Washington State now must either comply against conscience or risk losing their very livelihood. How should a Christian pharmacist, ob-gyn or client advocate at a pregnancy help medical clinic respond?

Tweet This: Our choice: We either give heed to God or man. @compasscare #prolife

When the first-century church in Philippi was confronted with suffering for their faith, Paul encouraged them in what we might consider an unexpected way. Not only were these believers to stand together, they were to rejoice in the high honor of suffering for the sake of Christ:

“Only conduct yourselves in a manner worthy of the gospel of Christ, so that whether I come and see you or remain absent, I will hear of you that you are standing firm in one spirit, with one mind striving together for the faith of the gospel; in no way alarmed by your opponents—which is a sign of destruction for them, but of salvation for you, and that too, from God. For to you it has been granted for Christ’s sake, not only to believe in Him, but also to suffer for His sake…” – Philippians 1:27-29

The next assault on the freedom of religious expression on the abortion front may be on the horizon in New York, where Gov. Andrew Cuomo has vowed to revisit a bill in 2017 that would enshrine abortion as a fundamental human right. Should such a law pass, it will eliminate conscience protections for pregnancy centers and medical clinicians, making it a civil rights violation to refuse to refer for abortion.

Meanwhile, New York’s attorney general issued an opinion on Sept. 7, calling for all current legal restrictions on abortion to be ignored in light of Roe v. Wade and Whole Woman’s Health v. Hellerstedt, the latter of which struck down commonsense regulations on Texas abortion businesses this summer.

As this opposition mounts, so must our determination to stand upon the promises of the God to whom we belong. As we stand, we call to mind, as Paul tells the church at Corinth, that our “toil is not in vain in the Lord.”

Pregnancy help organizations and the people who serve in them are called to humanize the world by bearing witness to the truth that all people are created in God’s image. That’s why we are equally valuable from conception to natural death. More and more, our understanding of why life has value is a radical departure from the expectations of a world whose compassion is increasingly cruel.

But the world’s visceral response to us should not dissuade us from accomplishing our purpose.

Tweet This: Christians, pregnancy centers are called to humanize the world. @compasscare #prolife

We are called to stand immovable in our faith, which declares the reality that the Kingdom of God has indeed come in Christ the King. That a new Kingdom should be opposed by the world comes as no surprise to King Jesus. He told us as much early in his ministry:

“Blessed are you when people insult you and persecute you, and falsely say all kinds of evil against you because of Me. Rejoice and be glad, for your reward in heaven is great…” – Matthew 5:11-12.

Insults, false accusations and opposition, even persecution—we can see these taking shape around us in todays’ gathering storm. What must be clear in our minds is that we, as Christians, owe our first allegiance to Christ the King.

Though the consequences for our faithfulness continue to mount, our choice must be clear: We must give heed to God rather than man.

Jim Harden, M.Div., is Chief Operations Officer and Founder of the Commission for Reproductive Health Service Standards as well as the President and CEO of CompassCare Pregnancy Services, a franchised-based training program for medical Pregnancy Resource Centers based in Rochester, New York. He earned his Master's of Divinity from Trinity Evangelical Divinity School in 2001.