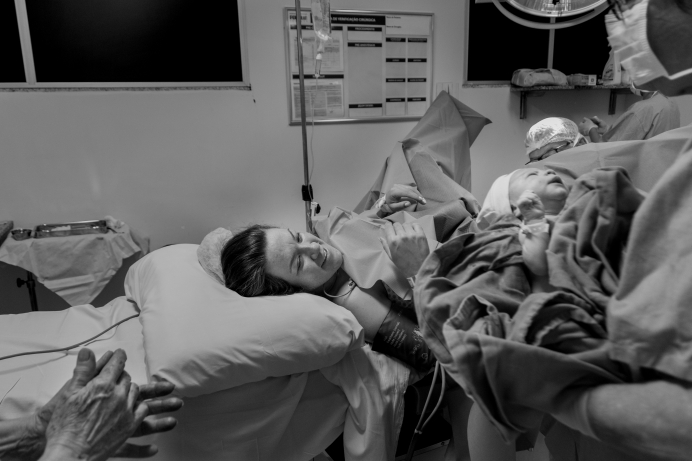 A new peer-reviewed study discredits the narrative that abortion is essential to women for “family planning.” The study released by Charlotte Lozier Institute (CLI) examined millions of Medicaid-eligible women who had at least one pregnancy and found that only 1% could have used abortion for spacing children.

The results refute claims by the American Public Health Association (APHA), Planned Parenthood and others that abortion is “essential” for “enabling healthy spacing of pregnancies.”

The study examined pregnancy outcomes experienced by nearly 4.9 million Medicaid-eligible females over 13 years of age from 1999-2014 in 17 states where state funding covers abortions. The study identified any possible sequence of a birth, followed by an abortion, followed by a birth (B-A-B) within up to five consecutive pregnancies.

In a previous study the team of CLI researchers had also found that when a woman’s first pregnancy ends in abortion, it decreases the likelihood that subsequent pregnancy will result in birth. This earlier study involved nearly 7.4 million pregnancy outcomes of Medicaid-eligible women from 1999-2014 in those same 17 states which paid for abortion services.

The newer research determined that at the very most 1% of Medicaid-eligible women with at least one pregnancy followed the B-A-B pattern. The two studies together demonstrated abortion is not conducive to growing a family nor is it used with any regularity for family planning.

CLI President Charles A. Donovan, pointed out how the research shows that abortion is not conducive to healthy family planning.

“For decades abortion-supportive academics, including those at the APHA and the American College of OB-GYNs, have asserted that abortion is necessary for women to plan happy and healthy families,” Donovan said. “This peer-reviewed research confirms the exact opposite.”

The APHA supports access to abortion and the use of public funding for abortion services.

The group’s website states, “APHA considers the availability of safe, legal and affordable abortion care to be essential for safeguarding maternal health, reducing maternal mortality and morbidity, and enabling health spacing of pregnancies.”

The American College of Obstetricians and Gynecologists (ACOG) openly supports abortion access, even suing the FDA in May of last year to lift the abortion pill’s safety restrictions during the COVID-19 pandemic.

And Planned Parenthood, as most know, is the largest purveyor of abortion in the U.S.

The results of the two CLI studies effectively disprove the assertions of APHA, Planned Parenthood and other abortion proponents that abortion is “essential” for women’s health and pregnancy spacing. These studies reveal the real outcomes.

Other key findings of the study on B-A-B patterns included racial disparity in percentages of abortions, no significant difference in time length between births in women utilizing abortions verses those who do not and that women with the B-A-B sequence were more likely to have had contraceptive counseling.

The findings further confirm the disproportionate number of abortions in the Black population. Pro-life advocates have long warned how the abortion industry targets minority communities.

“Black women composed 19% of the study population but 37% of women with one or more abortions,” the study found.

Studnicki was the lead author of the report and added this statement, “Despite the advocacy and promotion of abortion as essential to family planning and healthy birth spacing, the data proves it is extraordinarily rare when it is used that way.”

Given there was no significant difference in time length between births in women utilizing abortions verses those who do not, researchers concluded, “This demonstrates that healthy child-spacing can be attained without resorting to abortion.”

Whether pro-abortion or pro-life, researchers and doctors have stated that a woman’s reproductive history is a consequential determinant of her health status.

This research series points to important implications to a woman’s physical and mental health, confirming that abortion does not bring the benefits implied by the American Public Health Association and abortion providers like Planned Parenthood - even shedding light on their monikers evoking “health” and ‘planned parenthood’ are misnomers.

“Policymakers would do well to look at the data and dispense with the old myth that abortion helps women ‘plan parenthood,’” Donovan stated.

Tweet This: “Policymakers would do well to look at the data and dispense with the old myth that abortion helps women ‘plan parenthood’”

“For too long this line has been used to excuse abortion on-demand, through birth, funded by taxpayers,” he said. “These pro-abortion policies fatten the abortion industry’s bottom line at the expense of vulnerable women and their children.”

Abortion provides neither family planning nor healthier outcomes for women and this research has proven it.