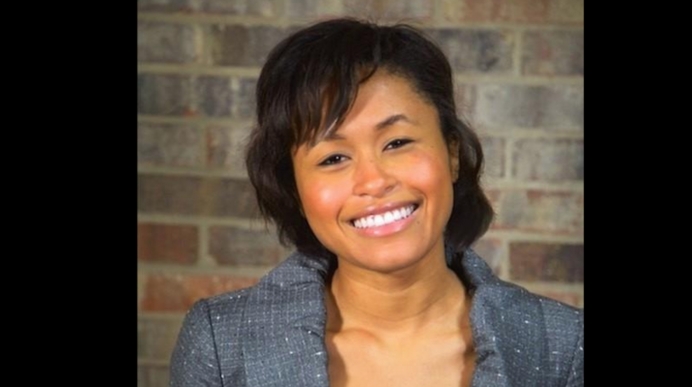 Black Activist Says Abortion is the Real Racism: “We're Literally Killing Ourselves From the Inside Out”

(LifeNews) - Abortion has become a new avenue to perpetuate racism in America, a black activist in Ohio wrote this week.

In a column at The Columbus Dispatch, Rachel Citak, legislative liaison for Citizens for Community Values in Columbus, Ohio, described how abortion oppresses the black community.

“… today there is no greater threat to the personhood of people of color than legalized abortion,” Citak wrote. “I cannot think of another political cause that has done more to choke off the dreams, votes and futures of black Ohioans than the pro-abortion movement.”

Recently, she said Ohio state Rep. Stephanie Howse, D-Cleveland, criticized the new state heartbeat law in an op-ed for The Guardian. Howse claimed that “Christian-based white men” pushed the bill to take “ownership and control of other people’s bodies.”

But Citak said Howse is mistaken.

“I am a woman. I am black. And I couldn’t be more offended by the ‘stuff’ within Howse’s narrative,” she responded. “We are literally killing ourselves from the inside out.”

Tweet This: “We are literally killing ourselves from the inside out.” - Rachel Citak @rachelrcitak @CCVOhio

She pointed to statistics showing that African Americans make up 12.3 percent of the Ohio population but have more than 40 percent of all abortions. In the last 10 years, 104,660 unborn black babies were aborted in Ohio, she said, citing data from the state health department. 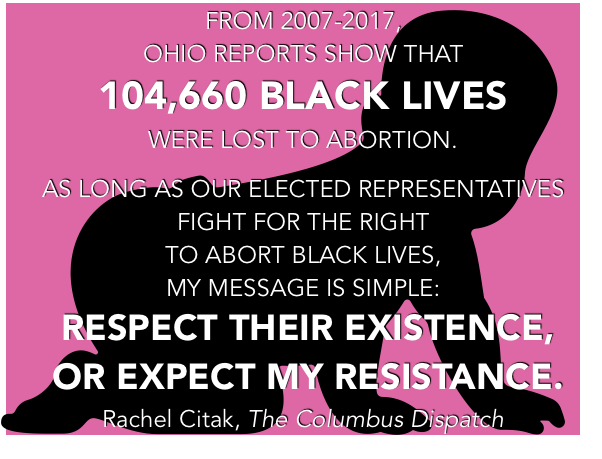 It’s disturbing to think that if Rep. Howse or I had been one of the infants she so readily fights against, we would not be here to exercise the fundamental rights of free speech and free expression.

Both of my parents were raised by single mothers living below the poverty line. And yet, here I stand as a first-generation college graduate with a law degree. How can we expect society to change its perceptions, systems and behavior to be more respectful and affirming of black lives if we insist on aborting our own children at these alarming rates?

In fact, the system currently in place doesn’t just allow for abortion but actively promotes the taking of black lives.

To combat racism, activists must work to protect every human life – born and unborn, she said.

“I would hope that Howse and I could fight together against systematic oppression,” Citak said. “But Howse’s fight is confined to outside the womb. Mine is expansive: from womb to tomb. My fight is for human rights, because without life, we have neither civil rights nor a voice to choose.”

The pro-life movement is centered around the idea that every human being deserves a right to life – no matter what their skin color, their abilities, their age, location or level of development. Anything less is discrimination.

Editor’s note: This article originally appeared at LifeNews.com and is reprinted with permission.