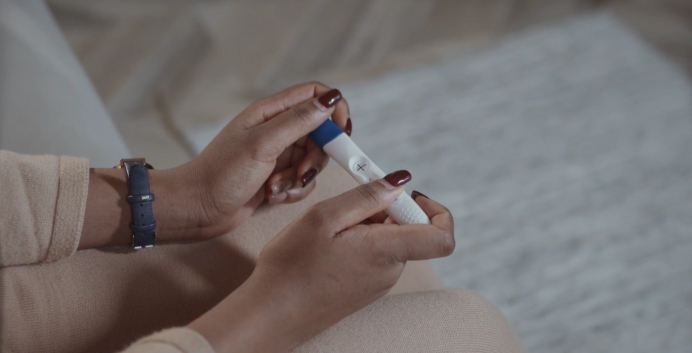 In Toledo, Ohio, there is a memorial park which lovingly remembers the lives lost to abortion at an abortion facility which formerly stood on that site. One Toledo resident seeks to not only honor the child she lost to abortion but hopes to intervene with women currently considering the very choice she has personally regretted for over 25 years.

Rose Dennis performs varied ministries and now also a website, CostofAnAbortion.com, to encourage people to consider how precious life is in hopes that they realize the potential of every child regardless of the circumstances into which the child may be born.

"I did not receive a balanced and fair pro-choice consultation"

Dennis also hopes to find legal counsel willing to help her file a lawsuit against Planned Parenthood. While she does not seek personal monetary gain from the suit, neither does she have the means to hire a lawyer.

Dennis stated, “As a young adult I did not receive a balanced and fair pro-choice consultation, on the contrary, it was unfair and guided, pro-abortion advice which led me to make the regrettable decision to abort my child in utero.”

“Every day in my morning prayers I look at the dashboard of the website to see traffic to it and I pray over the potential mothers who have visited the site,” said Dennis.

A video on the website has Dennis talking directly from her heart to these women, pleading with them to consider the real cost of an abortion. Equally on her heart are young children who are growing up in a world that is failing to respect human life.

“Can you imagine if a zoo decided there were too many giraffes in their zoo, so they decided to perform abortions on pregnant giraffes in order to save the costs associated with the care of these animals?” Dennis asked. “There would be so much outrage over this.”

Dennis’s mother used to do puppetry, so as a second-generation puppeteer, she began a puppet ministry to reach children with Catholic messages. She commissioned a marionette by a puppet master in Prague.

This particular puppet, Our Lady of Guadalupe (shown in photo), is her opening skit, giving Dennis the opportunity to highlight how each puppet is created with great detail.

“Each was made with great care and for a purpose to play a special role in this play,” she recited in her opening lines of the show. “Just as they were created for a special role, so God creates each of us.”

“Jeremiah 1:5 that tells us that God, before we were born, God thought about us and dreamed about us and designed how beautiful we were going to be from heaven,” Dennis stated, drawing the analogy out of her thoughts about this special puppet relayed to the puppet master who then created it.

“God does this on a grand scale,” she said. “Even before your mom and dad had you, God thought about you. You have special gifts that God gave you. Look inside for those gifts, explore and grow them so you can do beautiful work for God and give Him glory.”

Then she has the puppet recite her poem, which also appears in her children’s book, A Beautiful Purpose (Illustrated by architect and illustrator Francisco Duenas-Serrano). The poem is titled, "A Gift from Heaven."

The children’s book is being sold to support Dalit Solidarity, a ministry serving the poorest of the poor in India.

Her other book, The Creator's Choice, was released four years ago. This earlier book is an autobiography written for teens and adults.

Dennis has many efforts going in order to share the message of how precious life is and to encourage the next generation to understand this important truth. In her early 20’s she was not affiliated with any church and believes if anyone had been present that day in the parking lot of that abortion clinic to minister to her, she would have listened.

That is what drives her to volunteer with 40 Days for Life and other prayer efforts, to be present and offer prayer and hope for women dealing with unexpected pregnancies. Her greatest wish is that Roe v. Wade would be reopened because the reasoning behind the case was based on old information.

“We have so much more information about the life stages of a baby in the womb,” stated Dennis. “It could be argued that the logic that was used is now obsolete.”

“Often times I retrace the moments that led me to that fateful day,” she said. “I really feel like even where I was, if someone had been out by that clinic praying or holding a sign or whatever, I know I would have been the type of person that would have engaged. I would have wanted to talk.”

"You are carrying a sacred life, a beautiful gift that God has willed to be”

Dennis recalled her own abortion decision.

“I was 25,” she said. “It was in May; it was a promiscuous relationship with a man who was married (I found out later) so full of drama.”

“I took a home pregnancy test,” she continued. “I talked with him about it and he wasn’t for going ahead with the pregnancy. He was someone that was living life in the fast lane and I had a shallow-type relationship with him.”

“Then I found out he was married,” continued Dennis. “Just from going through his things and found information that I realized he was living a double life and I confronted him.”

“Looking back now,” she said, “if I could go back and have a talk with my younger self I would say, what’s most important is that you are carrying a sacred life, a beautiful gift that God has willed to be.”

“A few years after my abortion, I was alone in an apartment and I was hurting so much in my soul and remorseful in the decision I made,” said Dennis. “I prayed the most heartfelt prayer I ever prayed was that I would one day be a mother.”

“Then I met my daughter’s dad and again it was a relationship that was not a Godly one,” she said.

“There are relationships that are stormy but if a child comes out of it, the child is always a rainbow, a special beautiful gift. My daughter is my rainbow,” stated Dennis.

“I suffered depression—ever since I had the abortion,” she said. “Depression is something that creeped into my life and it is rooted in that choice I made in the past. I do believe in God’s mercy, forgiveness and new beginnings. My daughter was a blessing of God’s mercy. I didn’t deserve her.”

Tweet This: "I do believe in God’s mercy, forgiveness and new beginnings. My daughter was a blessing of God’s mercy." Post-abortive mom Rose Dennis

“When she was little, I prayed that God would be the fatherly guidance in her life—she has been the most wonderful daughter. She has achieved great things and was part of the Dreamer’s Academy (a Disney-sponsored mentoring program).”

“One of my major purposes was to be a mom,” reflected Dennis. “The most beautiful moments in my life have been parenting moments. I wish I could have shared that with my first child.”

“’Right to life’ is explicitly mentioned in the constitution”

In thinking about the prospective legal case against Planned Parenthood Dennis writes: “This pro-abortion/pro-death policy is still practiced today as evidenced by their practices and procedures when a pregnant woman visits their website or facilities. This is a bait and switch advertisement because they advertise as pro-choice but in practice, they operate as a pro-death entity.”

“’Right to life’ is explicitly mentioned in the constitution,” Dennis continues. “Therefore, in that spirit of justice, I am seeking legal representation in the form of a wrongful death lawsuit on behalf of my deceased child.”

“Planned Parenthood’s marketing and practices strategically still prey on and promote abortions in minority communities which is consistent with the eugenic ideology and mission of their founder Margaret Sanger,” she adds. “An institute that supports these appalling and malicious types of practices and philosophies should not be receiving federal taxpayer dollars and also should be fully disclosed to the public.”

It is her heart’s desire to bring such action in court against Planned Parenthood out of love, in memory of and for justice for her unborn child.

This burden has been the real cost of an abortion in Dennis’s life, and she would hope and pray to spare others who have the opportunity to avoid it.