Losing its grip on the larger culture—and hurting in the profit column—the failing abortion industry is decades into concerted effort to silence its pro-life competition, as well as anyone who would refuse to join it in propping up abortion.

For three years, California centers have been waiting for the courts to step in and protect their right to serve women without coercion from the State. That push is now just weeks away from oral argument at the U.S. Supreme Court, where justices will decide in NIFLA v. Becerra whether the State of California may force pro-life pregnancy centers to direct their clients to taxpayer-funded abortions.

Meanwhile, in Illinois, a federal court has temporarily halted enforcement of a law requiring medical personnel to provide referrals to abortions. That law stands “locked and loaded,” ready to unleash on pro-life medical providers if pro-life pregnancy centers lose at the Supreme Court.

These are just two more examples of the “champions of choice” attempting to dismantle choice—that is, the choices they do not like. Hopping from Baltimore and New York City, to Hartford (Conn.) and more, their attempts to stifle pro-lifers’ messages and prop up the abortion industry with mandated referrals were largely without success until they landed in California. Now we wait (and pray!) for a favorable outcome in the NIFLA case.

But regardless of the outcome in NIFLA v. Becerra, there is more to be done.

During the week of March 12, Congress is expected to consider the Conscience Protection Act, a proposed piece of federal legislation that would prevent federal and state governments from discriminating against healthcare providers who choose not to perform or refer for abortions.

The time is now to protect pro-life healthcare providers from being forced to choose between their jobs and their faith.

Here are three things you can do to help pass the Conscience Protection Act:

Click here to learn more about the effort to pass the Conscience Protection Act, and hear the stories of nurses who experienced coercion to participate in an abortion against their will. 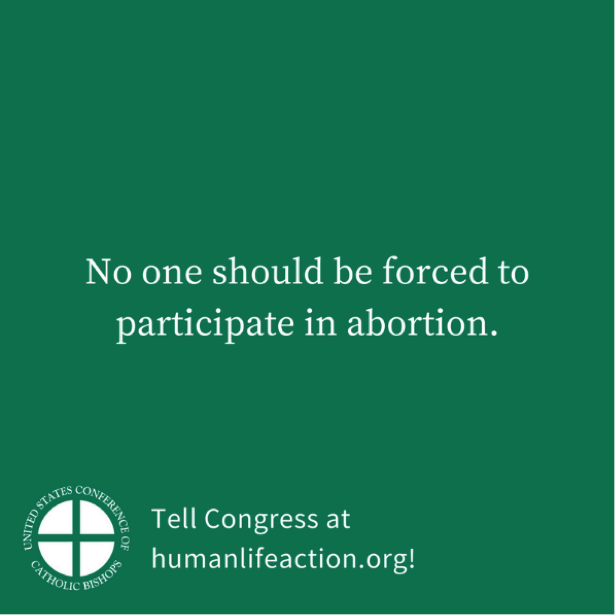