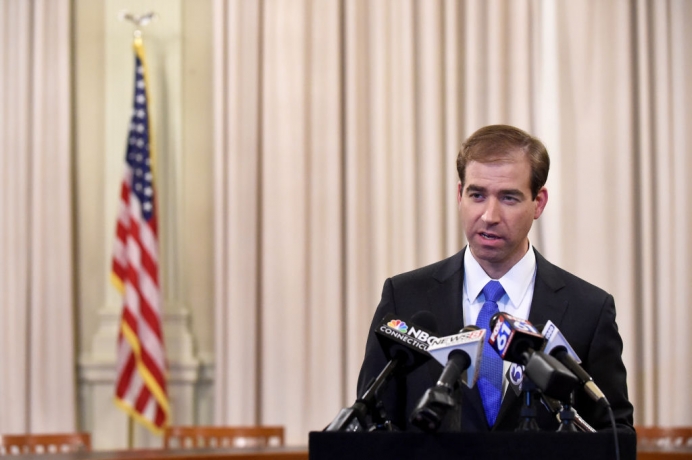 In a scathing rebuke to a pro-abortion signage ordinance the Hartford (Conn.) City Council adopted earlier this month, Leticia Velasquez penned an op-ed arguing that the law not only favors an abortion business next door to her pregnancy center, but puts women in her city at greater physical risk.

Velasquez, who serves as the executive director for Hartford Women’s Center, wrote that her center opened up next door to an abortion business called Hartford GYN this May in order to “intercept young women who feel they have no choice but abortion.”

When Velasquez and her team fail to reach women entering Hartford GYN, it isn’t just unborn children who are injured. As she writes, a volunteer at Hartford Women's Center watched this October when a young woman was carted out the back of Hartford GYN and into an ambulance with what a 911 recording later revealed as “excessive bleeding.”

Yes, our mission is to intercept young women who feel they have no choice but abortion.

My heart breaks that any woman would feel so alone, hopeless, or coerced that she ends her child’s life through abortion. My heart breaks even more because every day, just a few feet from my center, young women are entering a place that may physically harm them.

Velasquez’ op-ed comes in direct response to an ordinance the Hartford City Council adopted Dec. 11, which would force her center to post a yet-unspecified message declaring themselves to have no medical credentials—despite the fact that they have multiple nurses working under the supervision of a local medical doctor.

Passing by a 7-2 vote, the ordinance was brought to the council by Mayor Luke Bronin—a Democrat who is likely to make a run at Connecticut’s governor’s office in the upcoming cycle.

Incredibly, the ordinance—which is set to go into effect July 1, 2018, after a U.S. Supreme Court case deciding a similar free speech issue is scheduled to be handed down—was adopted at the same meeting at which the city council agreed to ask the state for a $40 million bailout to avoid a looming bankruptcy.

Velasquez pointed out the political nature of the ordinance itself, but she wasn’t done there.

She went on to call out the Hartford Courant—the nation’s oldest newspaper in continuous publication—for not only refusing to publish a prior version of her op-ed because it spoke ill of the abortion business, but for actively suppressing newsworthy information to protect the abortion business and kowtow to abortion lobby group NARAL Pro-Choice America.

Speaking of bankruptcy, on Nov. 22 — long before the City Council’s vote Dec. 11 — I submitted this essay to the Hartford Courant in hopes that the newspaper would publish an opinion from the one person most directly affected by the ordinance.

I was wrong. I found out that the Courant’s allegiance to the abortion lobby is strong. The newspaper’s editorial board — which had endorsed the ordinance — refused to publish my essay with the information about the Hartford GYN patient who was wheeled out on a gurney with a sheet over her head into an ambulance on Oct. 21 for what a Hartford GYN employee described as “excessive bleeding.”

After several days I contacted the editors to inquire why they had not published the essay. They said they were doing a fact-check, so I forwarded to them two news reports with eyewitness accounts, photos of the incident, and the transcript and recording of the 911 emergency call. The editors were not satisfied by this documentation and asked for police reports of the incident. I have no idea if they conducted an investigation of their own into this incident in a place that claims to respect women.

More than a week later, after several attempts to contact the editors at the Courant, an editor offered to publish my essay without mention of the bleeding patient in the ambulance. I declined to remove that critical detail from my essay and the Courant refused to publish it.

After weeks of trying to get her voice represented by her hometown newspaper, Velasquez reached out to the Journal-Inquirer in Manchester, Conn., which agreed to run the piece in full.

Tweet This: Why is @HartfordCourant keeping public in the dark about #abortion? An op-ed at @JournalInquirer asks. #prolife #FakeNews