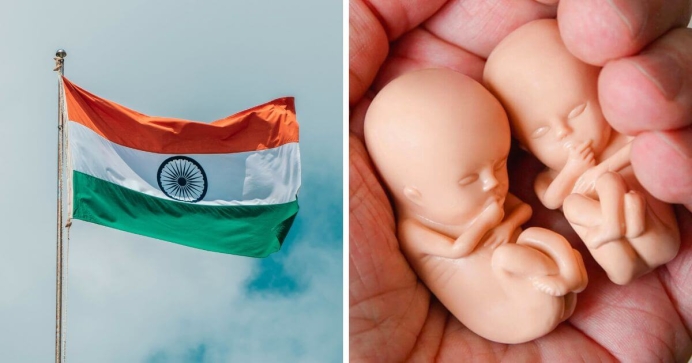 (Right to Life UK) India will host its first national March for Life next month.

Abortion has been legal under various circumstances in India since 1971 and this year will mark the first nationally coordinated March for Life. The March is set to take place in the nation’s capital, New Delhi, on 10 August.

In addition to the 2.5km march, which will start at the Jantar Mantar historic landmark, the March will host exhibits and stalls of pro-life organisations from across India.

Sr Paulina Melite, one of the organisers of the March, hopes that the pro-life march will “carry on for years to come until the day the [Medical Termination of Pregnancy] Act is completely revoked just like Roe v. Wade was revoked this year”.

Under the original Medical Termination of Pregnancy Act 1971, an abortion is legal up to 20 weeks gestation, but this was increased to 24 weeks by an act of Parliament in 2021.

There are reported to be over 15 million abortions in India every year.

Tweet This: The hope is that India's march will carry on until the day the Medical Termination of Pregnancy Act is revoked just like Roe v. Wade was.

Abortion on the basis of sex (sex-selective abortion) where baby girls are aborted in the womb because they are girls, is a significant issue in parts of India.

A 2018 government report estimated 63 million women were “missing” from the country’s population. This is the result, in large part, of sex-selective abortion.

India has an imbalanced sex ratio with significantly fewer girls being born than boys. The country outlawed sex-selective abortion and prenatal sex detection in 1994 in order to try to prevent a further sex imbalance and the associated ills that often accompany it.

Census data from 2011 showed there were 914 girls to every 1,000 boys for children up to the age of six, but in some northern states that ratio was as low as 850, according to the United Nations Population Fund (UNFPA).

Right To Life UK spokesperson, Catherine Robinson, said: “It is an exciting time for the pro-life movement. As we’re seeing, the end of Roe v. Wade presents an opportunity and a cause for hope because it demonstrates to countries like India that such unjust laws can be overturned. Hopefully, the March for Life in India will begin to create more of a pro-life culture, and India, too, can experience its own overturning of its abortion laws”.